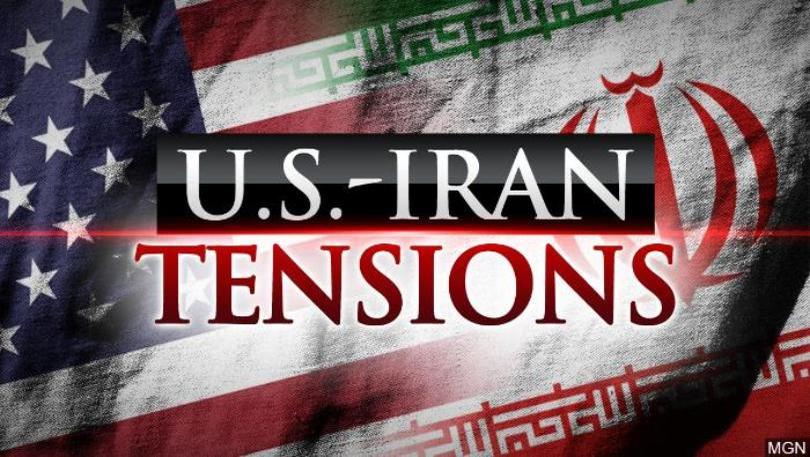 Since my previous post on the crisis between Iran and the USA in Iraq, events have been cascading to a much higher level of confrontation in the region. This post will examine the escalating tensions and focus on a few important facts that are getting overlooked in the media coverage.

Surely, every reader knows that President Trump ordered US forces to target and eliminate the Iranian general, Qassem Solemani, who headed Iran’s Al Quds forces and was Iran’s top terrorist-coordinator in the Mideast. The intelligence that led to this stroke was clearly top-notch as the USA knew exactly when and where Solemani would be at the time he was targeted. Either the USA had incredibly good intelligence-gathering abilities in this matter or the Iranians had a mole in their midst who passed on such specific information. The first link and second link offer details about the strike, and the third link (from the French media) mentions the barely-reported fact that many Iraqis rejoiced(!) at the US strike vs Solemani.  A lot of Iraqis don’t want to be an Iranian puppet nation.That link has a video clip which shows both the supporters and opponents of the strike had large demonstrations in Iraq. It also adds that the USA has urged US nationals to leave Iraq. Historically, nations order their nationals out of a nation when it is is known or expected that a war will erupt either with a particular nation or that war is imminent inside a nation’s borders. Indeed, a war in the region is not at all hard to foresee.

The fact that many Iraqis supported the elimination of Iran’s General Solemani leads to an obvious conclusion: Iraq is edging toward a civil war or a partition of its three main groups that can barely live in the same nation. It is clear the Shiite supporters of Iran mourned the loss of Solemani while it was surely the Sunni Iraqis who rejoiced at his passing. The third group, the northern Kurds, have remained relatively quiet about this event, but they are clearly not grieving the loss of Solemani. With such intense and irreconcilable factions present in the nation of Iraq, it is drifting toward civil war or, hopefully, a peaceful partition.

Iran was very quick to threaten retaliation vs. the USA for the strike, but the Iranians don’t want to admit that the American strike vs their terrorist coordinator was an act of retaliation for Solemani’s many past murders and crimes vs. humanity. The Washington Post writer, Alex Horton, had an article entitled, “General leaves a bloody legacy,” which I saw reprinted in the Minneapolis Star-Tribune’s January 5, 2020 issue. I had hoped to include that link in this post, but both newspapers do not allow reproducing the article unless you are a subscriber. I include this information in the hope that some readers will be able to locate it on-line or read it in a library. It documented that Solemani and the Iranian-proxies he led were responsible for developing an advanced type of terrorist weapon, explosively formed perpetrators (EFPs), that  were responsible for killing and maiming 196 Americans and wounding almost 900 more just in the years 2005-2011. Obviously, many Iraqis and other nationalities were killed by these weapons as well. The USA was well within its rights to target an enemy who had inflicted such a heavy toll of American lives.

I think Iran was truly shocked that America finally acted forcefully in its own interests. Iran had kidnapped the entire American embassy staff during the Carter presidency for over a year, and Carter did…nothing. In the Iranian nuclear “deal” with the European nations and the Obama administration, Iran easily got the best of that arrangement and was given mega-billions of US dollars by President Obama that made Obama a de facto vassal to Iran. The Iranians or their proxies attacked oil tankers and a Saudi oil facility and everyone did…nothing. Obama set a “red line” in Syria and the Iranian proxies crossed it, and Obama did …nothing. However, they crossed Trump’s “red line” about killing Americans and Trump hit them back hard.

Iran is now threatening to “retaliate” for America’s retaliation vs Iranian terrorist actions. It may come via Iranian proxies vs. US allies in the region or it may be terrorist actions elsewhere. The fourth link lists the Iranian proxies in the region on a map that is helpful. Some retaliation may already have occurred. Some rockets landed near the US embassy in Baghdad and a US base, but did no damage. However, a new terrorist attack on a US base in Kenya killed three Americans and destroyed or damaged several US warplanes and helicopters (fifth link). It was launched by Al-Shabab, a Somali-based terrorist organization, but its timing right after the US attack vs. Solemani argues that the Iranians may be working with Al-Shabab too. In another action, the Iraqi Parliament, dominated by Shiites, voted that they want Americans to leave Iraq, but the link notes that Sunni and Kurdish members of parliament largely boycotted the vote (sixth link). What effect, if any, that action will have remains to be seen. The Americans are still welcome in the Sunni and Kurdish parts of Iraq and they may base their forces only out of those regions–which is almost the case already. The severe divide between the pro-Iranian Shiite Iraqis and the pro-American Sunni and Kurdish regions of Iraq is now so great that it is hard to imagine how these groups can stay together in one nation much longer. This region is descending into a cycle that can only lead to war at some point. An Iraqi civil war is possible, but it can be hoped that a peaceful partition of the nation might prevent bloodshed.

President Trump has been uniformly condemned by the leftist Democrats in the USA for taking out a terrorist leader. The hypocrisy of the Left is truly breath-taking. Did they protest when President Obama ordered the assassination of Osama bin-Laden? Of course not. They hailed it! Trump has just done the same thing (eliminate a terrorist leader) and they condemn him for doing the same thing Obama did.

Meanwhile, Iran is seething in its rage and, no doubt, wants to hit back, but it is constrained by the realization that the USA can hit Iran much harder than Iran can hit the USA. Iranian cyberattacks are possible, but the greatest danger I can foresee is if Iran activates terrorist sleeper cells already in the USA to hit soft targets on American home soil. However, if that happens, Trump has already given an indication that he is “loaded for bear” to hit Iran much harder. The seventh link states Trump has already identified 52 targets inside Iran that the USA is ready to hit if Iran launches another attack vs. the USA. The USA has sent more troops to the Mideast, and I’m sure they are on a state of high alert. I suspect that there may be B-52 and B-2 bombers at the American air base on Diego Garcia island that are on 24-hour alert, loaded with bombs and cruise missiles to take out critical Iranian facilities and targets if they receive a launch order. American submarines may also be on station to fire missiles at Iranian targets if ordered to do so.

If this cycle continues, war is inevitable. Its only a matter of time. Surprisingly, Iran seems to be spoiling for a fight…and they could easily get one.