Mr. Collins did three new radio programs in early March on station KPJC in Salem, OR. KPJC has a Messianic/Hebrew Roots format. The three new radio programs feature Mr. Collins answering questions on this subject from the radio hosts and live listener call-ins. The first two programs address the history of the ten tribes of Israel and the third program includes listener questions and my latest views on biblical prophecies being fulfilled in the modern world.

Is the United States of America in Bible Prophecy?

Most Christians think the USA is not mentioned in the Bible’s prophecies about the latter days. The USA is discussed in biblical prophecies but Christians have not recognized the Bible’s clues about the USA because of some critical misconceptions. Listen to Mr. Collins examine the evidence that the USA’s founding and destiny as it is addressed in the scriptures on a radio interview “Toran2the Nations Part 1”. 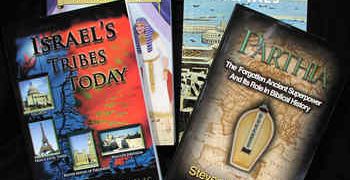 History that is taught by a truth seeker.

Listen to Steven M Collins as he gives you the rest of the story. This is the story of Roman history as seen by the Britons, Gauls, Germans, Greeks, Persians and Africans. The Vandals didn’t vandalize – the Romans did. The Goths didn’t sack Rome – the Romans did. Attila the Hun didn’t go to Constantinople to destroy it, but because the Emperor’s daughter wanted to marry him. And far from civilizing the societies they conquered the Romans often destroyed much of what they found.”Torah2the Nations Part 2”

Are you one of the lost tribes?

Have you ever had the thought were did I come from? Listen to Steve M Collins who has done his home work on the lost tribes of Israel. See if this clicks with something in your soul.Steven M. Collins has authored five books documenting the migrations, kingdoms and locations of the biblical ten tribes of Israel after their exile from the Promised Land.”Torah2the Nations Part3”

How Many Will God Save?

Christians generally assume that the unsaved either are tormented forever in “hell,” or are annihilated into non-existence in a final lake of fire. However, there is another alternative outcome for the unsaved that is found in scriptural teachings, especially when one key Greek word is translated literally and consistently in afterlife contexts. The Bible also teaches that God has a plan of ages involving mankind on earth and that there is more than one resurrection. This controversial audio message offers an entirely new (and encouraging) perspective on afterlife issues. 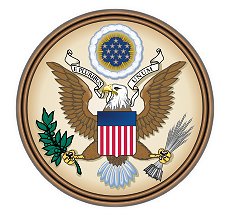 Follow along with the scriptures hereThe Tamar Yonah show for Tuesday – Hour 1
September 1, 2008

Israel National Radio Audio Newscast Latest News Previous News The Lost Ten Tribes: The Original Settlers of the New World? Historians and Biblical scholars say that King Solomon had a sophisticated navy which voyaged the world in exploration, looking for iron, gold and other materials to build the Holy Temple. Many shipping ports, settlements and colonies were established in places all over the Mediterranean and North African region, as well as Europe and the Americas. Did some of the 10 …

Israel National Radio Audio Newscast Latest News Previous News The Lost Ten Tribes: The Original Settlers of the New World? Historian Steve Collins continues to share his research on where the Lost Ten Tribes may have spread out to, and describes the mass numbers that they have grown to today, and how they hope to re-unite with Israel in the Messianic age as described in the Tanach (Bible).

Were There Jewish Settlements in America BEFORE Columbus?
November 27, 2007 Broadcast

Ancient stones engraved with the 10 Commandments in Hebrew, Jewish coins from the Bar Kochba period, Jewish customs among certain native American Indian tribes like the Cherokees and verses in the Tanach, all point to the existence of a Jewish presence in the Americas. Steve M.Collins who has authored 5 books on the dispersion of the Lost Ten Tribes of Israel shows through archaeological finds that indeed, there is proof that there were transatlantic voyages on a regular basis between the two hemispheres, and probably made by King Solomon’s navy. A MUST HEAR show! 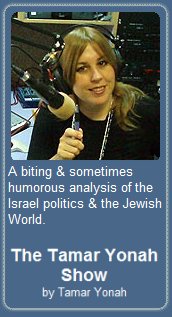 The Forgotten History of the Ten Tribes

The Ten Tribes of Israel in Prophecy

These two audios come from the Restoration Conference held in Portland, Oregon 2007 by Steven Collins 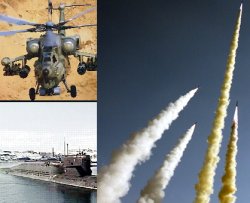 The “latter day” prophecy found in Ezekiel 38-39 has long been seen by many Christians as a key prophecy describing events which will occur among the nations in the time preceding the Millennium (or Messianic Age). Ezekiel 38-39 reveals, in advance, many details about a future World War III which will occur in the years ahead of us. 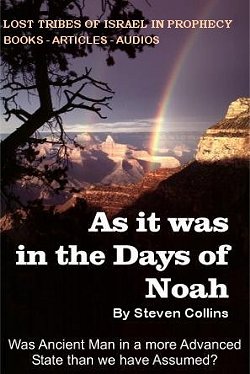 A very interesting study on what it might have really, been like in the days of Noah:

As it Was in the Days of Noah
Was Ancient Man in a more Advanced State than we have Assumed? Hear some eye opening evidence in this excellent audio presentation.

This new speech was given in Oct., 2009 to a live audience in Prescott, AZ (http://www.ourfathersfestival.net). This speech documents the various migrations of the ten tribes of Israel after they went into exile as well as the new empires and kingdoms they founded in Carthage, Scythia and other locations. This speech details the main points in my book, Israel’s Lost Empires, and should build the faith of all who listen to it.