TAIWAN: THE NEXT ASIAN FLASHPOINT? 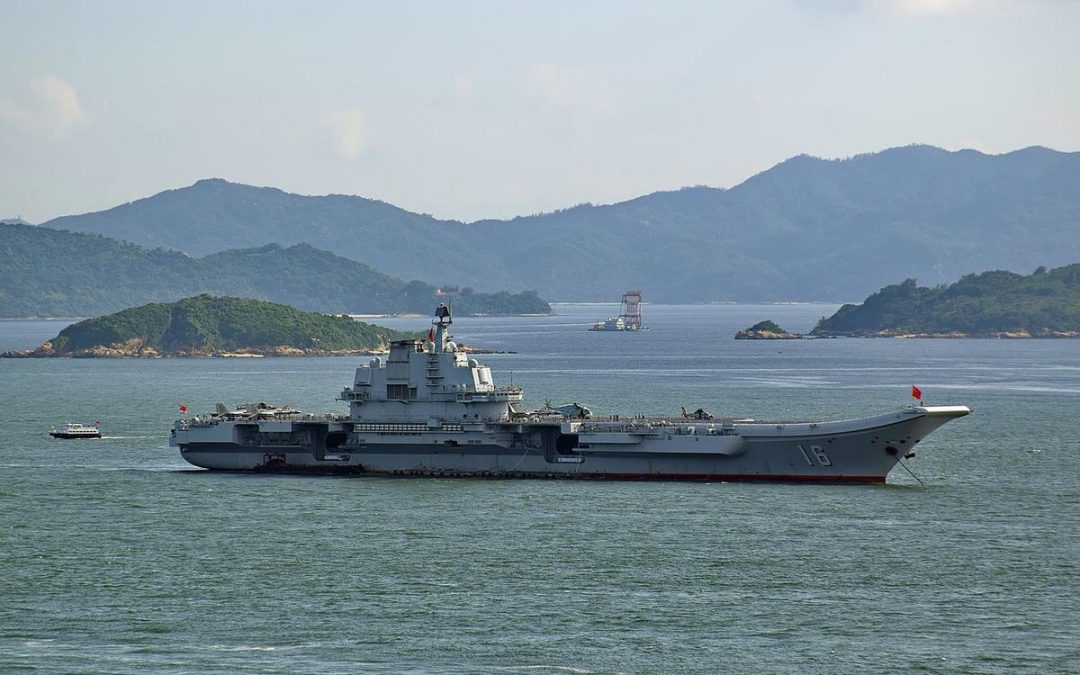 It is hardly a secret that Communist China wants to impose its sovereignty over Taiwan, a large democratic island off China’s coast. That was the goal of the “One China” policy that China insisted US presidents submit to in recent decades. China was generally willing to wait to absorb Taiwan in the future rather than risk a destructive war to accomplish this take-over. The policies of all US presidents since Reagan have tacitly acquiesced to China’s demand by accepting a “One China” policy. They were willing to accept the slow surrender of Taiwan by “punting” it into the next presidential administration so this diplomatic catastrophe did not occur on their watch. Then President Trump was elected in the USA and everything changed.

Not many of the younger generation realize that the Taiwanese government is the remnant of the Chinese Nationalist government that was allied to the USA and the Western allies in World War II. Under its non-Communist government, Nationalist China was one of the original members of the Security Council when the UN was formed after World War II. When the Communists took over China, the Nationalist Chinese government fled to Taiwan which has been free of Communism ever since. China also craves Taiwan due to its strategic location just off the coast of China.

Earlier this year, China conducted massive naval exercises in the Taiwan Strait between China and Taiwan. It involved approximately 10,000 military personnel, 48 warships, and submarines, 76 fighters and it included live-fire exercises (first link). The message to Taiwan was very clear. It was meant to intimidate Taiwan into submitting to China’s hegemony and to drive away the USA from its long-time ally, Taiwan. That intimidation effort backfired. Taiwan has become more assertive and it has the muscular backing of the Trump administration.

As a signal to China (and the world) that Trump values the longstanding alliance between the USA and Taiwan, the USA has just opened a very large new office building in Taiwan that is an embassy in all but name (second link). It has the seal of the US State Department on it as do all US embassies, and it is a prominent building in Taiwan. However, the support of the Trump administration for Taiwan is substantive, not merely symbolic. The third link reports that in view of the large Chinese naval exercise in the Taiwan Strait, the Trump administration sent a flotilla of US warships through that very same sea-lane to demonstrate that the USA does not accept Chinese sovereignty over that body of water (third link). Also, the USA is helping Taiwan to modernize and upgrade its fleet of F-16s to help Taiwan defend itself against any Chinese invasion (fourth link). The fourth link reports that Taiwan has purchased two lots of M1A2 main battle tanks from the USA totaling over 200 tanks and that Taiwan is also beginning to mass-produce its own armored fighting vehicles to defend its cities and territory from any Chinese attack (fifth link). Almost 300 of one variety of the new armored vehicle are already being produced and other variants will be built as well.

In any war between China and Taiwan, Taiwan will be heavily outnumbered and outgunned. However, China cannot win such a war unless it actually occupies the entire Taiwanese land-mass. In checking a world atlas, the distance between China and Taiwan along the Taiwanese coast varies from approximately 100-170 miles. Since China has threatened Taiwan militarily for so long, the chance of a surprise Chinese invasion is virtually nil. Taiwan is a nation that lives under near continual war alert…much as the nation of Israel does. Taiwan only needs to maintain enough military power to be able to sink Chinese troop transports and shoot down enough Chinese warplanes to make any invasion attempt a failure. Sailing sufficient Chinese land forces such a long way to Taiwan means that they would be exposed to Taiwanese fire for a very long time before any ships could get close to Taiwan. To invade Taiwan, China would have to mount an invasion force far larger than the Normandy invasion force which invaded Nazi-occupied France in World War II because China would suffer massive casualties before it ever landed any troops on Taiwan over 100 miles away. Nazi Germany had to stretch its defense forces very thin as it tried to defend all of occupied Western Europe from possible allied invasions. Taiwan only has to defend one region–its own shoreline. Any parachute attack by China would be seen coming a long way off; allowing Taiwan plenty of time to mobilize all its defenses. If China were massing its forces for an invasion, its efforts would also be seen by US reconnaissance satellites and that information would be shared with Taiwan. If, as is likely, the USA intervened to help defend Taiwan in the event of a Chinese invasion, then China would have little chance of success. The sixth link details the efforts of the USA to both help Taiwan’s defensive efforts and to sell it more advanced American weaponry. That link also reports the USA is sending “boots on the ground” to Taiwan for the first time in a long while (in the form of a US Marine Corps detachment to protect the de-facto US Embassy in Taiwan). Having even a few US troops in Taiwan also makes those troops a “tripwire” force to justify a big US intervention in the event of a Chinese attack.

There is one weapon that would almost certainly deter a Chinese attack, and I’m not referring to nuclear weapons. If Taiwan developed or built long-range, air-or surface-launched cruise missiles which could reach China’s Three Gorges Dam, it would be a major deterrent to a Chinese attack. If that massive dam was ever breached in a war, it would unleash a fresh-water tsunami that would inundate much of southeast China and likely cause more damage than several nuclear weapons.

What are the chances of a Chinese attack on Taiwan? There is one wild-card factor in the offing that may increase that possibility. In the final link, there is a report about a national referendum that Taiwanese voters will consider in November 2018. It may seem a mundane matter to many readers in the western world, but it has vastly more significance to China and Taiwan. The referendum will ask voters to decide whether Taiwanese athletes should compete under the name “Taiwan” or “Chinese -Taipei” in athletic competitions. The latter name pleases China because it implies Taiwan is a part of China living under a separate administration, but the former name makes Taiwan sound more like an independent nation (which it really is). The article indicates China is threatening war over such nuances as this.

China is already at loggerheads with the USA and its allies in the South China Sea and the East China Sea. Taiwan is becoming another flashpoint in the overall confrontation between the USA and China as China seeks to become a new global superpower.  Bible prophecy reveals that a major war including China will occur at the very end of our current “latter-day” age, when Russia, China, Iran, and their allies attack all the western powers and their allies in a surprise attack. That will be an age-ending apocalyptic war that will provoke divine intervention (Ezekiel 38:20, Matthew 24:21-22). However, those prophecies do not preclude the outbreak of one or more regional wars between these two power blocs before that age-ending planetary war occurs. We are probably living in the latter day period prophesied in the Bible, but we do not know what year these events will be fulfilled. I urge readers to keep watching world events for signs that any such regional war is about to occur. This blog will be watching and informing readers about any such indications.

For more in-depth biblical information on the above topics, please read my free articles, Are We Living in the Biblical Latter Days?, What Ezekiel 38-39 Reveal about a Future World War III and The USA in Biblical Prophecy.