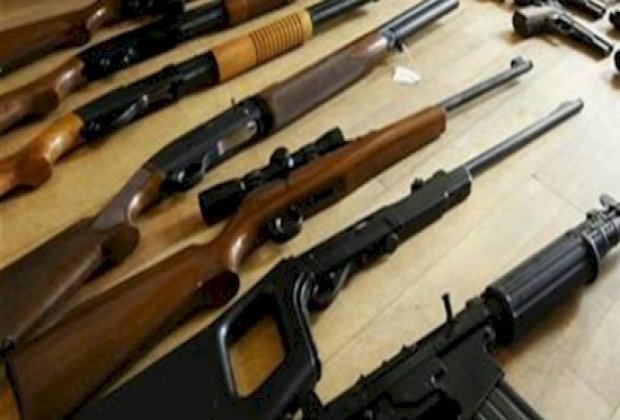 A reader sent me a link which I think is worthy of passing on to all readers of my blog. All readers, I’m sure, have seen numerous images of the on-going tidal wave of Islamic refugees pouring into Europe primarily from Turkey and North Africa. The scenes of suffering refugees triggers compassion in the hearts of people everywhere. However, there is a reaction taking place inside Europe that is not being reported in the American establishment media. As the numbers of Islamic refugees pouring into Europe keeps rising rapidly, a new sentiment is emerging within Europe’s national populations. That sentiment is fear. Given the incredible violence that is raging within many Islamic nations and the on-going threat of Islamic terrorism from Jihadi groups, many of Europe’s citizens are becoming afraid of the risks of allowing so many people to enter Europe from violent nations.

Many Europeans apparently desire to arm themselves with weapons to defend themselves from possible attacks. The first link, sent to me by a reader, reports that in Austria guns are “flying off the shelves.” It adds many buyers are females. While many nations in Europe leave their citizens essentially defenseless against attackers by forbidding firearms ownership, Austria allows adults to purchase long guns (rifles and shotguns) with minimal bureaucratic obstacles. Reportedly, gun shops in Austria are now “sold out” due to the intense demand for guns by Austrian citizens. It is very possible that the citizens of other nations would be joining the Austrians in obtaining personal firearms if they were permitted to do so. I did not realize Austria permitted its citizens to obtain long guns about as easily as adults can obtain them in the USA.

The first link references a Czech TV news report on the Austrian gun demand. After a little Internet searching, I found the actual Czech TV program which is referred to in the first link. It is in the Czech language so I can’t understand any of the words, but, thankfully, there are English subtitles so all readers can read the translated transcript and see that the first link faithfully reports the content of the Czech TV report.

Both links cite “establishment” sources as urging people not to be alarmed and that there is no need to buy guns for personal defense. As a personal aside, I suspect the same sources, if they had lived 80 years ago, would have been saying the same thing to Jews in Germany in the 1930s. For balance, the links do report that there have been threats against Europe’s civilians by Islamic Jihadi sources. Both links report that Islamist sources are saying, “We will cut the heads off unbelieving dogs even in Europe. Look forward to it, its coming soon.” The second (video) link also reports that Islamists have threatened to “slit the throats” of people in Europe. Given the fact that ISIL/ISIS has bragged that it has embedded thousands of its terrorist members among the Islamic refugees pouring into Europe (third link–from the British media), the citizens of Europe have reason to be afraid for their safety. The first link reports one source as saying: “I can tell you first-hand that people in Europe now wish they had a ‘second amendment'” (like the gun ownership guarantee that exists in the USA’s second amendment to its governing Constitution.

Let’s hope the Islamic Jihadi threats prove to be overblown, but if they start occurring, the people of Europe will be furious at their leftist leaders who have prevented them from obtaining guns to protect themselves and their families. If the Islamic threats are implemented, it is possible that some European governments will fall if they do not start allowing their citizens to own firearms.

I doubt you will hear about this story in the US establishment media.