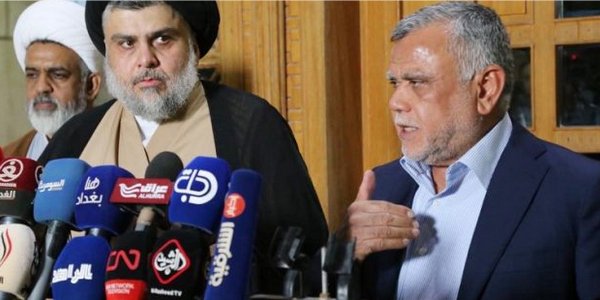 Rarely does a geopolitical event occur which either clearly points to a fulfillment of a biblical prophecy or which sets the stage for a biblical prophecy to be fulfilled in our future? The latter option is in the process of occurring on the world stage, and I wanted to point it out to readers of this blog.

As long-time readers of this blog realize, the prophecy of Ezekiel 38-39 is one of the most specific prophecies in the Bible about events that will occur in a prophetic period called “the latter days” (Ezekiel 38:8 and 16). This prophecy lists nations that will comprise an Asian alliance (the Gog-Magog alliance) which will launch a surprise attack on the latter-day nations of the house of Israel (the modern nations of the ten tribes of Israel). This Gog-Magog alliance is prophesied to consist of Russia, China, Iran and their allies. This alliance is also mentioned in Revelation 16 by another name. In Revelation 16:12-21, an alliance called “the kings of the east” (verse 12) attacks westward across the River Euphrates where their army is destroyed in what is prophetically called “Armageddon” in verse 16. The verse specifies “the hill of Megiddo” (according to Young’s Analytical Concordance to the Bible), a region in central Israel which has also seen multiple conflicts in ancient times.  Since this invading army reaches central Israel as it attacks westward, this prophecy also is paralleled in Zechariah 14 which also foretells a great army will be destroyed in Israel at the end of our age in the region of Jerusalem. Ezekiel 38-39, Revelation 16, and Zechariah 14 all conclude with divine interventions deciding the outcome of ending a world war at the end of our current age  Revelation 17-18 are inset chapters about the fall of the world’s global financial/monetary/political system called Babylon the Great, but the narrative of Revelation 16 is continued in Revelation 19-20. Revelation 19:11-20:5 describe this Divine intervention as the intervention of Jesus Christ and a heavenly army which ends all human governments and establishes divine government on the earth.

Revelation 16’s “kings of the east” are, in my judgment, another name for the Gog-Magog alliance in Ezekiel 38 which attacks the house of Israel. Many biblical prophecies foretell a vast and climactic World War III will occur at the very end of our age. Just as World War II was fought in many different theaters of combat, the same will be true for World War III. Ezekiel 38-39 describes the theater of World War III which involves the modern nations of the ten tribes of Israel. Revelation 16 describes explicitly the theater of World War III which will include the current house of Judah (the Israelis). These prophecies are describing different theaters of the same age-ending world war. Much more detail about these prophesied events can be read in my free articles: What Ezekiel 38-39 Reveal about a Future World War III, Japan in Biblical Prophecy, and Are We Living in the Biblical Latter Days?).

What I’d like to focus on in this post is the fact that the region of the Euphrates River has to be firmly under the control of the “kings of the east” in order for them to amass their army in that location and send it westward into battle in Israel and the Mideast from that location. This was impossible as long as the USA was occupying Iraq in the aftermath of two Mideast Wars fought against or inside Iraq. An event is now occurring which does set the stage for the Euphrates River region to be firmly in the hands of the “kings of the east”/Gog-Magog alliance.

Iraq’s leaders have formed a pro-Iranian coalition that will align Iraq more closely with the policy interests of Iran. With mostly-Shiite Iraq now aligning itself with Shiite Iran, the stage is being set for Iran to assemble and mobilize a vast army in the Euphrates River region of Iraq whenever this future great war occurs. It was entirely logical that Iraq, which is mostly Shiite, would eventually align itself with Iran, which is the leading Shiite nation within Islam. This is now happening. The three links below offer three perspectives on this current alignment of Iraq with Iran. Surprise is expressed, in some of the analysis within the links that Iraq is aligning itself with Iran. This is likely because Iraq and Iran fought a terribly costly war against each other in the 1980s. However, in that war, Iraq was ruled by Saddam Hussein, who was a Sunni Muslim who forced his mostly-Shiite subjects to fight against Shiite Iran. Now that Iraq has Shiite leaders, another such war will not occur.

What is important to notice is that the Shiites, dominated by fiercely anti-Israeli Iran, are now creating a reality where “the kings of the east” will control the River Euphrates region, setting the stage for Revelation 16:12-21 to be fulfilled in a future year. Since Iran is also identified as being one of the main members of the Gog-Magog alliance (see “Persia” in Ezekiel 38:2-6), this confirms that the Gog-Magog alliance and the “kings of the east” are one and the same alliance.

While the world largely thinks God is either dead or irrelevant to our modern world, the world couldn’t be more wrong. God is still directing modern geopolitics to implement his biblical prophecies, which were first inspired millennia ago. Only a Creator God could both have the ability to foresee events millennia into the future and also bring them to pass according to his timetable. God challenges all peoples to see his ability to declare the distant future in his prophecies and then bring them to pass as clear proof of his reality and sovereignty (Isaiah 41:21-26, 46:9-11). Those who have “eyes that see and ears that hear” will be able to see God’s hand at work in our modern world events.

My thanks to a reader for sending me one of the cited links.