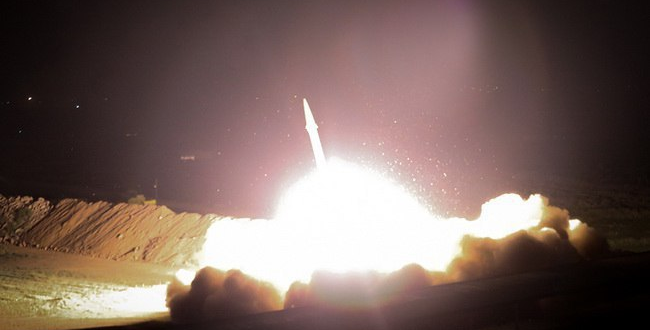 I’m sure all readers are aware that Iran fired a dozen or more ballistic missiles at two US bases located in Iran as a form of revenge for the US elimination of Iranian General Soleimani, the Iranian leader responsible for coordinating all regional terrorist/proxy forces aligned with Iran. When I heard the news that Iran had fired two waves of ballistic missiles at US bases, I was bracing myself for a very Trumpian military response to the attacks. However, as the night went on, there were no reports of casualties or damage, and there was no American military response. President Trump announced the next morning that the Iranian missiles caused no casualties and very minimal damage and, due to the lack of any injury to Americans or US interests from the missile salvo, that there would be no new military reprisal attack by the USA. I suspect this surprised many people, but it has at the very least delayed any large-scale Mideast war. President Trump has said that the killing of Americans is a “red line” for him, but the Iranian missile attack didn’t cross that line. Perhaps the world was just lucky; maybe the Iranians miraculously fired 15 ballistic missiles at two US bases from very short range and all the missiles missed their targets, However, several websites have posted links which argue that the lack of any damage to US property and the complete lack of any loss of American lives was intentional on the part of the Iranians. Today’s link makes that case at some length.

In favor of that possible scenario, the link notes that a US military base even closer to the Iranian border had no missiles fired at it (such a base would have been an even easier target). It is almost inconceivable that all fifteen ballistic missiles hit nothing but sand dunes if Iran was really trying to hit something. An Iranian spokesman also tweeted that the missiles being fired “concluded” Iran’s response, signaling to the USA and the world that there would be no further response at this time. It is not inconceivable that Iran even sent word to the USA via a back-channel communication that their missiles would be fired, but would be intentionally directed to coordinates where no casualties or damage was anticipated. Iran thereby did not provoke a punishing US military response, but could boast to their people that they “did something” to avenge Soleimani’s death. The link also mentions that at least one Iranian source made the outlandish claim to Iran’s populace that 80 Americans had been killed in the Iranian missile attack. It is also possible the lack of any damage inflicted by Iran in this attack is a ruse; that Iran is still preparing to hit the USA in some other way where they will have plausible deniability. We will have to wait and see how this situation unfolds, but the confrontation between the USA and Iran is not over. Iran announced that they will be enriching as much uranium as they can to develop nuclear weapons, and President Trump also announced in his press conference that on his watch, Iran will not be allowed to possess nuclear weapons. I suspect Israel also has such an intention. This confrontation has not been resolved–it has merely been defused for now and delayed until a later time. Iran may also have looked at the profound weakness and inaction vis a vis Iran by two previous Democrat presidents (Carter and Obama), and decided to wait until after the US presidential election in the hopes the USA will elect another weak Democrat leader to the White House who will be easy to bully and intimidate.