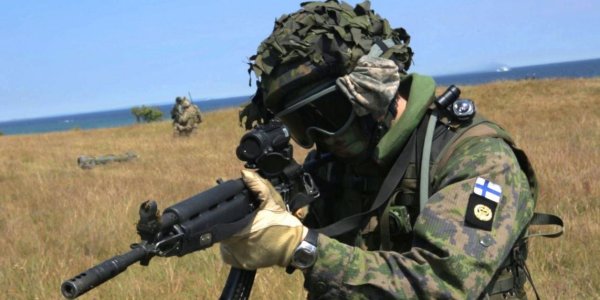 There is a common misconception, I believe, that NATO is the only military alliance which binds the nations of Europe together or to the USA. While NATO is the premier alliance in not only Europe but the western world, there are other new alliances which do exist although they receive almost no publicity. However, it is important to consider them as they may become more important in the future. Why? They serve as backup alliances in the event that NATO does not stay together in its current configuration. NATO has been a very successful post-World War II alliance, and it is hoped that it will continue to serve in such a capacity. However, there are stresses building up within NATO even as there are stresses building up within the EU. It is possible that the EU will not survive in its current form for much longer due to the growing and irreconcilable differences between the globalists and the nationalist/populists within the European nations.

The globalists entirely control the EU bureaucracy, but nationalists are becoming more powerful throughout Europe and now control governments in Italy, Poland, Austria, Hungary, etc. The United Kingdom’s Brexit departure from the EU is still shrouded in a lack of clarity. If it becomes a “hard Brexit” which alienates the British people from the EU’s ruling elites, it is hard to imagine that it will not have a negative spill-over effect into NATO matters. For example, if the EU is seen as punishing the British people for leaving the EU, the British may predictably ask themselves the question: “Why should we defend mainland Europeans who harmed us commercially, financially and politically? Let them defend themselves if Russia invades them. We’ll defend our own island.” Don’t think this can’t happen. Also, the situation in Turkey is a major stress point within NATO. Turkey was long a loyal and key member of NATO when it was a secular Muslim democracy in the Ataturk model. Under its current strong-man leader, Reccip Erdogan, Turkey is morphing quickly into an Islamist autocracy. Erdogan has imprisoned many thousands of teachers, policemen, journalists, judges, etc. and anyone else who he thinks may oppose him. Erdogan’s purchase of an advanced Russian air-defense system designed to shoot down NATO warplanes and missiles may, if the deal goes through, end Turkey’s once-trusted position within NATO. Seeing these (and other) trends, many European nations have quietly formed back-up alliances to ensure their national security if NATO disintegrates in the future.

First let’s examine Finland, Sweden, and the Nordic European nations. Neither Finland nor Sweden is a member of NATO, and, in the case of Finland, domestic considerations and Russian objections are likely to forestall any such membership (first link and second link) even though Finland will remain in a friendly relationship with NATO. New military alliances are being formed in Scandinavia and northern Europe. Sweden and Finland, both non-NATO nations, have recently signed “Statements of Intent” with the USA “to expand defense cooperation on all fronts” (emphasis added). The third link offers details on this “new US-led defense alliance.” This pact is entirely outside the NATO command structure. The third link also lists the 12 nations that are allied in the “Northern Group” alliance, in which the United Kingdom is the strongest military power. The membership of this alliance includes, besides the UK, Denmark, Estonia, Finland, Germany, Iceland, Latvia, Lithuania, the Netherlands, Norway, Poland, and Sweden. While the USA does have communications ties to this Northern Group alliance, the USA is not a formal member of the Northern Group.

While referenced in the third link, the fourth link details the membership of another military alliance, the British-led Joint Expeditionary Force. It became activated in 2018, and the fourth link shows a photo of then-British Foreign Secretary, Boris Johnson, riding in a tank in Estonia as part of this alliance’s activities. The members of the nine nations in this alliance are, besides the UK, Latvia, Lithuania, Estonia, Norway, the Netherlands, Denmark, Finland, and Sweden. This alliance joins seven NATO members and two non-NATO members. In 2017, Germany sponsored its own four-nation alliance under German leadership. This alliance is called the Framework Nation Concept, and its members are Germany, the Czech Republic, the Netherlands and Romania (fifth link). There is also a French-sponsored alliance of ten European nations called the European Intervention Initiative, whose members are France, Italy, Portugal, Spain, Germany, the Netherlands, Belgium, Estonia, Denmark and the United Kingdom (sixth link). The nations of France and Germany want this alliance to develop “European strategic autonomy,” a politically charged phrase that apparently calls for European military forces to be in a command structure outside of NATO and outside of American control. When looking at the French-led alliance, the UK is leaving the EU and Italy just elected an anti-EU, pro-nationalist government, so the roster of all the above-cited alliances can change depending on upheavals in national governments.

In reviewing the lists of secondary military alliances that exist in Europe either in or out of NATO’s direct command structure, several trends are apparent. The foremost is that many small European nations are in several of these non-NATO alliances. Doubtlessly, they want to be allied with stronger nations and will ally themselves to several such alliances to ensure having as many allies as possible in any post-NATO situation. Some nations, especially those in the globalist camp, are exhibiting a desire to be outside the American-led, NATO command structure. Some of these nations may be reneging on their pledge to devote more military spending to NATO’s commands structure because they are reserving funds to be eventually allocated to a non-NATO, non-American led EU command structure. Some of the European nations, especially in Europe’s northern tier, clearly exhibit a desire to be allied to the United Kingdom and/or the United States.

While not a military alliance, per se, the Three Seas Initiative has the potential to become a powerful alliance if it chooses to do so. This is an Eastern European alliance of nations that border or are roughly located within the territory bounded by the Baltic, Adriatic and Black Seas and it formed in 2015. It includes nations totaling 112 million people and its nations include both NATO and EU nations (seventh link). This was founded as a commercial/economic alliance to develop north-south commercial trading routes within Eastern Europe, but its members share a recent common heritage. With the exception of Austria, all its members were either in the Soviet Union or were part of the Soviet-dominated Cold War alliance, the Warsaw Pact. During its 2017 meeting in Poland, this group amiably hosted US President Trump, who was very supportive of it. The eighth link offers many examples of the media coverage of Trump’s visit and speech to this group. If the EU and/or NATO were to disintegrate, this group would want to ally itself with nations who can best defend it from Russian power.  Such an event would argue for a likely future alliance with the USA and UK.

Ancient loyalties and rivalries are also deeply embedded in the psyche of European nations. I will mention only a couple of examples of this dynamic to keep this post from becoming overly-long with a review of Europe’s past wars and alliances. Notice that none of the non-NATO alliances recently formed includes Turkey. Turkey is not only the “odd man out” in NATO circles due to its growing Islamist tendencies under Erdogan and it’s cozying up to Russia, but also because when Turkey was the Ottoman Empire, it occupied the Balkan European nations and almost conquered Central Europe until it was defeated as it besieged Vienna. A massive Polish-led cavalry force rescued Christian Europe at that time (an event discussed in a post found in my blog archives about Poland). Having suffered greatly under Islamic occupation in previous centuries, European nations in the Balkans and Eastern Europe are understandably leery of being allied to an Islamist power today. Finally, during the Balkan ethnic cleansing wars that occurred in the 1990s when Yugoslavia disintegrated, Slovenia, the northernmost seceding section of Yugoslavia, detached itself from Yugoslavia in a relatively unscathed condition. I believe one reason for the fact that Slovenia largely escaped the Balkan wars was that Slovenia used to be part of the Austro-Hungarian Empire, so it had residual communities of interests with Austria. As Slovenia was separating itself from Yugoslavia, the Austrian army and air force actively conducted shows of military force along the then Austrian-Yugoslavian border which were clearly intended as a military warning from Austria to Yugoslavia against invading Slovenia (ninth link). Expect Austria and Slovenia to remain allied in any future realignment of nations within Europe.

I hope that this commentary has given readers new insights into the hidden military/political alliances that exist within NATO and Europe. Europe’s nations have already taken steps to quickly form new alliances in the event NATO collapses. One does get the impression that the efforts of Germany and France to create an EU military force outside American control or coordination could eventually lead to a rupture within NATO. The NATO nations will not want to talk openly about these existing fall-back military alliances that could be immediately formalized into new defense groupings if NATO falls; however, they do exist. I hope this discussion will prepare readers as they watch how events unfold if the EU collapses and NATO needs to be reorganized after any future EU collapse.

There could easily be a biblical prophetic connection to the events and alliances described above. In many posts, I have written about the growing rifts within the EU and Europe due to immigration problems, the growing nationalist-globalist rift, etc. At some point, Revelation 17-18’s prophecy will be fulfilled. It foretells that a global political/financial system will suddenly collapse and that a new global alliance will rise to replace it. While I make no specific predictions regarding when or how this prophecy will be fulfilled, a collapse of the EU and Euro currency is a clear contender for triggering the fulfillment of Revelation 17-18. A sudden collapse in the global derivatives market could also trigger its fulfillment. When this prophecy is fulfilled, it will be a huge prophetic event as the final “beast” global political/financial system will only survive for 42 months (Revelation 13:1-5) before Jesus Christ returns at the head of a heavenly army of spirit beings which will overthrow the beast system and take control of the entire planet for 1000 years (Revelation 19:11-20:4).

For more in-depth information on these prophetic topics, I recommend reading my articles: Is Babylon the Great about to Fall…Ushering in a New Beast System?, The Babylonian Origin of the Modern Banking System and Are We Living in the Biblical Latter Days?