ECHELON: THE INTELLIGENCE ALLIANCE OF THE ANGLO-SAXON NATIONS 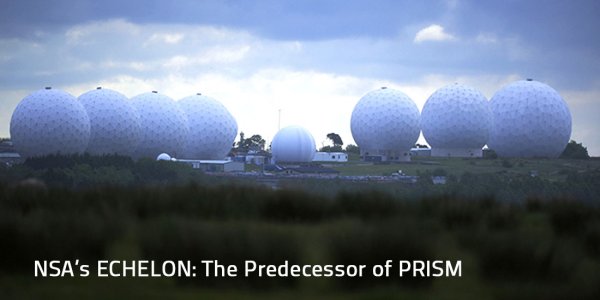 It is now known that in the aftermath of World War II and during the period of the Cold War, five nations set up an intelligence-gathering/spying alliance to gather military and diplomatic intelligence about and from within the Soviet Union and the entire Eastern bloc. It did its work in secrecy for many years. It was called Project Echelon, or the “Five Eyes” project as five western nations were the only members of this global intelligence alliance. The five members were the USA, the United Kingdom, Canada, Australia and New Zealand. These nations are the modern nations that shared a common language, culture and Anglo-Saxon heritage. Sharing a common language and heritage was an obvious advantage for these five member nations to be able to work so closely together, but was there more here than first meets the eye? I suggest the answer is yes. However, first let’s review what is known about Echelon.

After its beginnings as a military/diplomatic spying effort against the Soviets and its eastern allies, Echelon branched out to be a very global and pervasive presence in the intelligence community, and it did so for many years without people even knowing it existed. It morphed from being a foreign intelligence alliance into one which monitored information and data within the western nations as well as it became what was likely the first meta-data gathering entity. The first link states that its domestic spying activity was so extensive that by 1988 it monitored one billion calls in the United Kingdom alone. Echelon was the subject of a CBS-News exposé in 2000 which revealed the existence and very wide scope of its spying activities. The EU nations were angered by the revelation of Echelon’s existence, and they were likely peeved that this intelligence alliance existed outside of NATO and did not include any non-English speaking nation in the western world. It is worth noting that this extensive domestic spying was being done many years before the tragic events of September 11, 2001 ever occurred.

The second link reports that Echelon has more recently become more active in the Pacific and Indian Ocean regions to counter the growing power and activities of China in those regions. The second link also reports that China has (unsurprisingly) been using its Pacific region building and infrastructure projects to not only provide services to host nations, but to install sophisticated Chinese satellite listening stations and intelligence-gathering capabilities of their own throughout the Pacific region. It cites one particular instance where Australia countered the Chinese efforts within a small Pacific nation.

The third link, from Wikipedia, compiles many details about the history and activities of Project Echelon. It describes Echelon as an “all encompassing data harvesting” alliance whose activities were global and pervasive. It states that Echelon spied on a very wide range of VIPs. Such persons as US Senator Strom Thurmond, British Prime Minister Margaret Thatcher, two UN Secretary-Generals and even Princess Diana were among the VIPs who were closely monitored by Echelon. The inclusion of British Prime Minister Thatcher seems odd to me. As the head-of-state of one of the five nations which founded and operated Echelon, one would think she would be among the inner few who decided who Echelon should be spying on. This begs a question. Was there a problem unique to her or had the agency heads running echelon “gone rogue” to the point they were spying on their own bosses? The third link also lists a number of the ground facilities and listening stations around the world that were (or are) part of the Echelon network of intelligence-gathering facilities. I’m sure there are other facilities and locations which were/are not known to the authors of Wikipedia when they amassed this list. I think all readers of this blog will find these three links to be well worth reading.

At the beginning of this post, I mentioned I thought there was something more going on in the formation of this exclusive Anglo-Saxon intelligence-gathering alliance. There is a reason why these nations could be expected to be acting together as a close alliance, but this reason originated in the distant past. Those who have read my books or who are long-time readers of my blog will know where this is going, but I will offer a brief description of this biblically-based reason for new readers. The ancient patriarch, Abraham, made a covenant with the Creator God which was unconditional and timeless: That Abraham’s descendants would possess special blessings from God throughout time. Genesis 17:1-7 describes this covenant which included the promise that Abraham’s descendants would grow into “many nations,” and that dynasties of kings would descend from him. Genesis 22:15-18 added the blessings of immense population growth for Abraham’s descendants, and that they would “possess the gates of their enemies” (i.e. strategic geographic choke points). The best blessings were called the “birthright” blessings and they were passed to the other patriarchs, Isaac and Jacob (renamed “Israel”).  When Jacob/Israel was dying, he gave the birthright blessings to the two sons of Joseph who were named Ephraim and Manasseh. Genesis 48-49 records this blessing ceremony and it includes specific prophecies for all twelve of the sons of Jacob that would apply to the “latter days” (or “last days”) of this age (Genesis 49:1) so this prophecy was for a time long into the future from the date when it was given.

Genesis 48:8-22 records Jacob/Israel’s blessings upon Ephraim and Manasseh. In the future, they would grow exceedingly numerous in population and inhabit the “midst of the earth” (verse 16). My books record from secular historical sources how this prophecy was kept over the many generations since this promise was made. The phrase “midst of the earth” I understand to mean the productive and more hospitable middle latitudes of the earth in the temperate zones which are conducive for population growth. Genesis 48:17-20 prophesies that the descendants of Manasseh would become a single great nation and the descendants of Ephraim would become a multitude, fullness or company of nations (terms dependent on which Bible translation is used). Since their descendants were to grow into a multitude together in the midst of the earth, it indicates they will have a common language, customs and heritage. Do we have such nations in our modern world wherein one nation has become a great nation and there is a grouping of similar nations with the same overall heritage? Yes, there is, but first one more clue. Genesis 48:16 promised that the descendants of Ephraim and Manasseh would have the names of Israel and Isaac upon them throughout history, repeating a prophecy in Genesis 21:12 that Abraham’s birthright descendants would have the name of Isaac upon them. Throughout history we have a people who in Asia were called the Saka or Sacae who were the backbone of the Parthian and Scythian Empires who battled Rome for world dominance. These Sacae or Saka were the descendants of Ephraim and Manasseh who had been exiled into Asia in the 8th century BC. When Parthia’s empire fell in the 3rd century AD, its many millions of people, together with their Scythian allies, migrated out of Asia into Europe and were called “Caucasians” because of their migration path which led via the Caucasus Mountain and Black Sea region. The Romans called these people the “Saxons,” which still preserved the name of Isaac but in a Roman spelling. Today, the “Anglo-Saxon” nations are known to the world as the Americans, the British, the Canadians, the Australians and the New Zealanders. You will notice that these are the exact five nations which are allied in the “Five Eyes” alliance, also called Echelon. They cooperate as brothers in the world because they are, in fact, “brothers” descended from the tribes of Ephraim and Manasseh.

While my books offer the full historical record of the Israelite tribes throughout history and where they are located today, you can see a more in-depth examination of these prophecies as they pertain to the USA in my free article, The USA in Biblical Prophecy. I also recommend you read my article, Are We Living in the Biblical Latter Days? so you can see the evidence that we are unquestionably living in this biblical period of time when Genesis 48-49 will be fully fulfilled. If you read these articles and obtain copies of my books, you will see strong evidence that the Creator God is working out a divine plan among the nations and that biblical prophecy reveals what has happened as well as what is going to happen in the foreseeable future. Whether people know about it or not is irrelevant. Whether they believe it or not is irrelevant. God’s purposes will be implemented regardless of mankind’s desires or awareness. In order to understand the Bible’s revealed overall plan for much of human history, I invite you to read the aforementioned items.