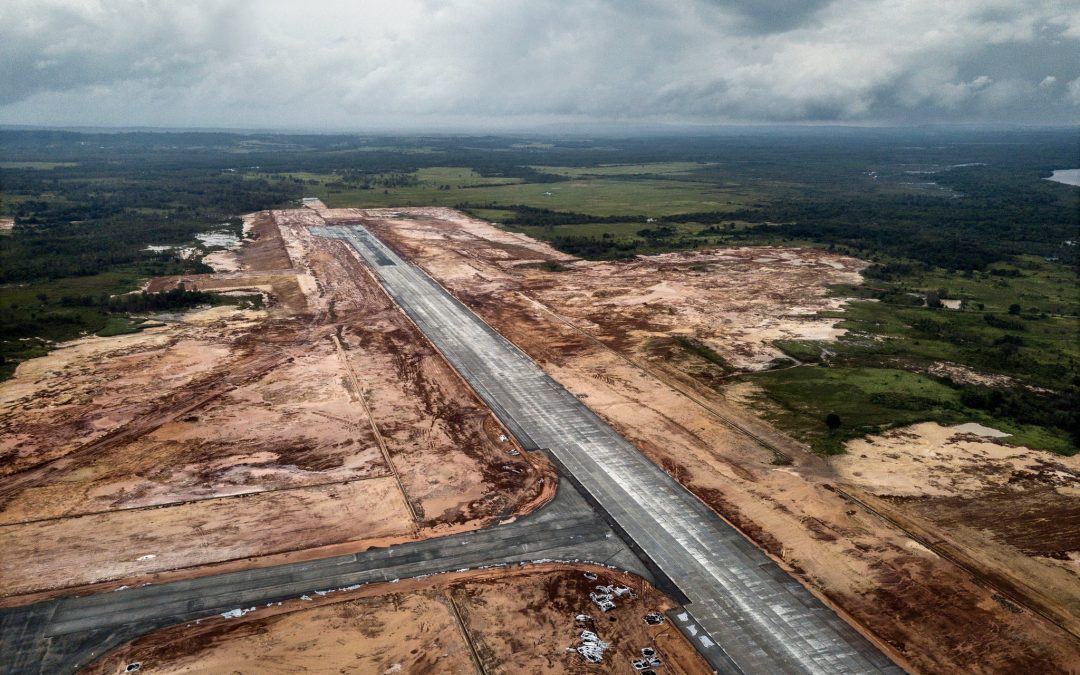 Almost completely away from any major media attention, China is taking steps to gain major military advantages throughout the Indo-Pacific region of Southeast Asia. This post is devoted to revealing how these steps are designed to give China military advantages superior to those it already has due to its geographical location.


The first step is China’s funding of a huge new airport in a Cambodian jungle region. Its runways will be very long; easily able to accommodate all Chinese military bombers, transports and fighter jets (first link). The first link also notes that analysts with military knowledge have noticed a feature of the new runway/airport that is a tip-off that it is being designed to facilitate operations by fighter jets. A major Chinese military base in Cambodia would enable China to attack targets throughout Southeast Asia with little or no warning. This airport could send Chinese warplanes to either the Indian Ocean or South China Sea much more quickly that warplanes based on the Chinese mainland. The second link discusses the likelihood of Chinese naval bases on the Cambodian coastline as well. It also notes that the new airport will be far larger than any Cambodian civilian need would justify. China denies that it has any military plans for this new airport and port facility. China also said the same thing when it started to build artificial islands in the South China Sea and looked what happened there. Those projects turned out to be completely military in nature. China also has a 99-year lease on this Cambodian development zone, which gives China control over its future.


A second Chinese grab for power in the region is being proposed. China may build a new canal for oceanic ships across the Kra Peninsula of Thailand (third link). If you look at a map, it is the long stretch of very thin land that extends through southern Thailand. At its narrowest point, it is only 27 miles wide, so a canal is feasible. Such a project has been considered before (fourth link), but China has the money to make it happen. Its geopolitical advantages for China are immense. A Kra Peninsula canal would link the Indian Ocean to the South China Sea, and it would enable shipping routes to bypass the Strait of Malacca, which is dominated by western-aligned Singapore.  Singapore is, therefore, threatened both strategically and economically by the construction of a Chinese-controlled Kra Canal across this narrow Thai isthmus. With fewer ships using the Strait of Malacca, it would mean less revenue for Singapore as fewer ships would make Singapore a port of call on their maritime voyages. Undoubtedly, any such canal would be operated and controlled by a Chinese port-management company answerable to the Peoples Liberation Army (PLA) of China. Singapore would be well-advised to offer Thailand financial inducement not to build such a canal.


These Chinese projects threaten not only Singapore, but Vietnam, India, Australia, Indonesia, the Philippines, etc. A Chinese-controlled Kra Canal would greatly increase the threat to India as the Chinese navy could travel between the South China Sea and the Indian Ocean unencumbered by Singaporean control of the Strait of Malacca. These projects would also greatly threaten Japan as much of Japan’s oil and trade passes through the South China Sea. Chinese bases in Cambodia and Thailand would mean that a very large percentage of Japanese trade could be targeted by warplanes within minutes of being launched from Chinese airports in Cambodia and Thailand. Now that the USA has become the world’s leading oil producer, Japan might be well-advised to establish long-term contracts with American sources for oil that sail across the Pacific Ocean but avoid close travel to any Chinese military bases.


The next potential threat area is in Myanmar. That nation’s navy is acquiring surface warships and just purchased a used Russian-built submarine from India (fifth link). More submarines purchased directly from Russia are expected. As most readers likely know, Russia is China’s strategic ally, so this situation helps China as well. Myanmar’s largest ship made a goodwill visit to the Russian Pacific port of Vladivostok, which is far from the region where any Myanmar warship would be expected to patrol. Bangladesh’s role in the geopolitics of the region is also discussed in the fifth link. The link does point out that Vietnam is trying to forge military ties with other nations in the region to help counter China’s aggressive actions. China is clearly trying to militarily isolate India from other regional nations and strangle India with geopolitical actions favorable to China.


There are also developments on the western side of the Indian Ocean. The tiny nation of Djibouti, situated in a strategic location near the southern approaches to the Red Sea, hosts military bases run by both China and the USA. China and the USA seem to be in a bidding war for Djibouti’s favor. The USA wants to preserve the rights of international shipping through the Suez Canal, and China wants to be in a position to halt all such traffic in a wartime situation. Egypt and the EU nations are especially threatened by China’s base in Djibouti, as it can potentially close the Suez Canal. The sixth link details the latest US “bid” for Djibouti’s loyalty. Also, I’d like to remind readers that China has built a huge commercial base and port in Gwadar, Pakistan near the Strait of Hormuz that controls all maritime traffic in and out of the Persian Gulf. With the large airport and seaport facilities there, it could easily and quickly be transformed into a major Chinese military base. Also, the navies of Russia, China and Iran will be conducting joint naval exercises in the northern part of the Indian Ocean (seventh link), which means they won’t be far from India’s maritime border when they conduct these exercises. India, being encircled by Chinese projects and military activities on all sides, has every right to feel threatened. India needs allies, and it has them in Japan, Australia and the USA, but India needs to be much more aggressive in countering the growing Chinese influence and presence in the nations that are located near to India.


In another action, Japan has decided to send military forces into the region of the Gulfs of Oman and Aden and the northern Arabian Sea (eighth link). Japan is sending a warship, two maritime surveillance planes and 260 Japanese marines (this last factoid was seen on a cable-TV network’s text crawler). Japan is so dependent on oil from the Persian Gulf that it makes sense to send Japanese forces to the oil-rich Middle East shipping lanes to protect the oil tankers sailing to and from Japan.


China’s very aggressive actions to encircle India and intimidate the other nations of the Indo-Pacific region are surely designed to intimidate them into eventually accepting vassal status to an all-powerful China in the region. However, it may have the opposite effect. All the other nations in the region have seen the Chinese put a million or more Uighurs in Western China into concentration/indoctrination camps to reprogram them into becoming submissively obedient Chinese subjects. This has shown all other nations what their future is if they submit to Chinese control. The cruel Chinese treatment of the Uighurs and the growing militarism of China could just as easily accelerate the formation of an anti-Chinese alliance of nations threatened by China.


Clearly, many military forces are converging in the Indo-Chinese/Middle East region. We can all wish that a peaceful outcome would result in spite of the gathering military threats, but the Bible’s book of Ezekiel foretells in chapters 38-39 that a great World War III involving the entire world will occur in a prophetic time called the latter days that will conclude this age and precede the millennial reign of the Messiah (Jesus Christ to Christians). The geopolitical alliances of the modern world were very accurately foretold in these anciently-written chapters, and they reveal the attacking and defending nations, the motive for the attack, tactical details about the war and even how it will end. Curious to know what it has to say? You can read an in-depth analysis comparing the Bible’s latter-day prophecies to modern world events in my article, What Ezekiel 38-39 Reveals about a Future World War III. To document that we are, indeed, living in the climactic prophetic time called the latter-days when these biblical prophecies apply, please read my article entitled, Are We Living in the Biblical Latter Days?