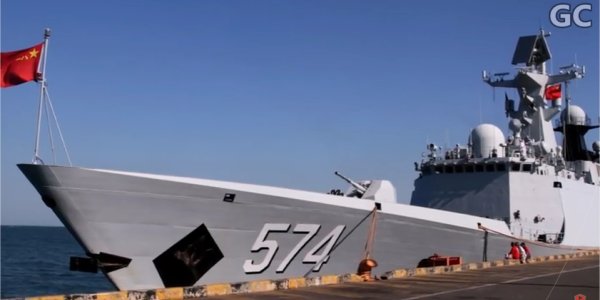 The South China Sea region is steadily becoming more dangerous, and the risks of a regional war in that location are growing. This post examines recent developments in the region to illustrate how nations in the region are working to prepare for the heightened danger levels.

The first link has a grim assessment of how a war between China and the USA might unfold. It essentially says the US would lose such a war; however, I think that view is too simplistic. There are many nations in the world who regard it as an essential national interest to have freedom of navigation through the South China Sea for all their exports and imports. If China starts a war in the South China Sea, it may quickly find itself at war with an array of nations who do not want China to ever have sovereignty over these historically international waterways. The first link also considers the role a trade war may have in triggering an actual shooting war in the region.

Let’s consider the nations which might also fight China to stop its hegemony over the South China Sea. The second link examines four nations which would likely go to war to stop any Chinese hegemony over the South China Sea (one of the nations cited might surprise you). The third link focuses on how Vietnam, which has cultivated steadily friendlier relations with the USA, would fight China. Taiwan has a huge interest in not allowing China to gain ascendancy over the South China Sea. If China gained control of that region, Taiwan’s independence might become untenable–maybe that is the real goal of a Chinese war in that region. The fourth link reports that Taiwan has offered military basing to US forces on its territory. The fifth link adds that Taiwan is now reconsidering whether to get rid of its expended nuclear fuel rods. Taiwan may decide to keep them, and I think all readers know what kind of weapons might be made from expended nuclear fuel rods. Japan is sending one of its new carriers to make ports of call in the South China Sea (sixth link), showing its military is also very interested in what happens in the South China Sea (seventh link). Technically, these large new Japanese carriers are called “destroyers” or “helicopter carriers,” but they can quickly be transitioned into aircraft carriers. The eighth link and ninth link report that Japan is considering turning its new carriers into actual aircraft carriers by buying the naval variant of the F-35 fighter from the USA to fly off these large Japanese warships. The tenth link relates that South Korea is also considering buying the F-35B airplane from the USA to base them on a warship it already has in the South Korean navy. Japan is already going operational with a supersonic cruise missiles which it could place on its warplanes to sink Chinese ships (eleventh link). Even New Zealand has irked China by buying a number of US warplanes for its armed forces (twelfth link). China is also wary that four major nations (the USA, India, Japan and Australia) are forming a “Quad” security arrangement that is focused on countering China in the Asian region (thirteenth link). The USA also recently sent two warships close to China’s coastline by sailing them through the Taiwan Straits (fourteenth link). Taking this action sent a clear message to China from the USA where the USA thinks China’s maritime border really is.

China is hardly idle in preparing for a South China Sea war. It is testing electronic warfare weaponry on the artificial islands in the South China Sea that it seized and militarized during the endlessly passive Obama administration (fifteenth link). The final link also makes it clear China’s goal is to prepare its military to fight a war with the USA and that it intends to assert sovereignty over the South China Sea in spite of the fact that virtually the entire world opposes its claim.

So, in contrast to the opening link’s conclusion that a war with China in the South China Sea is lost before it even begins, a true picture shows that the USA would not be fighting China alone. All Asian nations that oppose China’s claims on the South China Sea realize that they cannot oppose China without the USA, so they cannot afford to allow the USA to fight alone (and lose) a war against China. If that happened, the Asian nations would be unable to oppose China by themselves, so behind the scenes, I think arrangements have already been made regarding what each nation will contribute to a war to oppose Chinese control of the South China Sea. Also, the first link does not consider that the USA almost surely has secret weapons developed by DARPA in previous years which would be fired at China in any war in the South China Sea. China may be “biting off more than it can chew” if it decides to fight a war against a large array of nations. There is another reason why China may want to reconsider going to war vs. the USA and other nations. In such a war, China would almost certainly lose its Three Gorges Dam to combined attacks from bombs, ICBMs, cruise missiles and perhaps even space-based weaponry. This would devastate China for many years as it would unleash a fresh-water tsunami that would kill innumerable Chinese, wipe out key Chinese defense installations and virtually destroy many Chinese cities and much of its arable land. China may be eager to have a regional war so it can test its new weaponry in actual combat–especially vs. US carriers. If I were President Trump, I would privately tell the Chinese: “Here’s the deal, if you sink a US carrier, we will destroy the the Three Gorges Dam with non-nuclear weaponry and create such unbearable woe inside China the people might rise up and overthrow the Communist Party for starting such a costly war.”

I thought the first link’s conclusions were way too defeatist. After reading this post, do you agree?