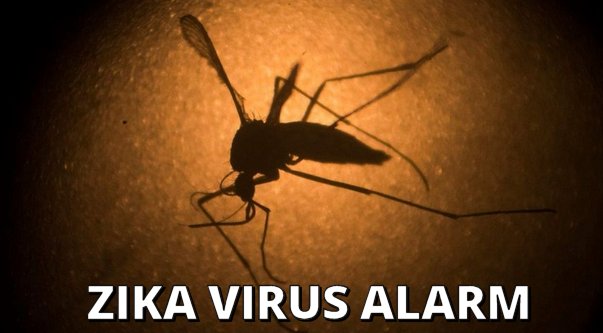 These links report that the Zika virus is spreading into the USA more rapidly than originally thought. According to data released by the Center for Disease Control (CDC), the Zika virus has now been confirmed in 30 American states. The first link reports that 672 cases have been confirmed in the USA (second link), and that total will surely rise as much of the nation enters its active mosquito season. The Zika virus is known to be transmissible via mosquito bites and sexual contact, but it may be found in other bodily fluids as well.

The first two links offer details about the spread of the Zika virus into the USA and include maps indicating which states are being more heavily affected by the virus and which are not. The third link includes an estimate of the 50 American cities which may be most susceptible to having the Zika virus spread among its residents. You may want to check the list to see if your city is on that list. Not surprisingly, most of the cities have large populations and are located in regions where the mosquito populations are generally high; however, I was surprised by some of the cities on the list.

The Zika virus is associated with the severe consequence of microcephaly–smaller brains in newborn babies–so pregnant mothers (or those trying to become pregnant) should take decisive measures to avoid contracting the disease. It is also associated with an increased risk for Guillain-Barre syndrome and other possible problems (not clearly specified in the articles). A previous post cited a link that the Zika virus originated in Africa, but it was only in recent times that it acquired such virulent effects.

The Bible does prophesy that in the latter days, there will be an increase in virulent pestilences (diseases) that will affect mankind (Matthew 24:7). Will the Zika virus prove to be a global threat to mankind’s health? We will have to wait and see. There have been several “false alarms” in recent decades that were reported to be imminent threats (swine flu, various bird flus, etc.) to mankind’s health, but they did not become pandemics. At some point, there will be such plagues. However, we will have to wait to see when this time does arrive. In the meantime, all readers should do what they can to avoid exposure to mosquito bites and stay within geographic areas that have strong mosquito-control programs or are less susceptible to mosquito-borne diseases due to their climates. At some point there will be “plagues” that are decreed upon the earth by the prophesied Two Witnesses of Revelation 11, but they are not on the world scene yet.

For more detailed information on above-mentioned topics, please refer to my articles, Are We Living in the Biblical Latter Days? and The Two Witnesses.