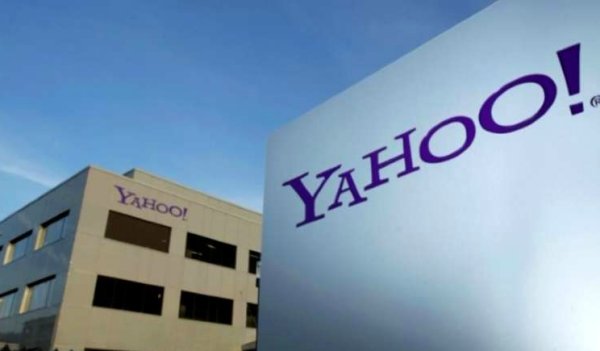 Those who thought the US government’s spy agencies had reduced their pervasive spying efforts upon innumerable people were just given a rude surprise. The Reuters news agency revealed that the tech giant, Yahoo, had assisted the NSA in spying on all Yahoo email users. The Reuters report revealed that Yahoo agreed to spy on “all” its own email users to help the NSA spy on a massive slice of the Internet’s users. As USA Today, puts it, “Yahoo secretly agreed to search all its users’ incoming emails for a specific but unknown word or phrase (emphasis added),” and that this action by Yahoo “sent shockwaves in the tech sector.”

This really is incredible. Previous media articles all over the globe have documented that US (and other nations’) spy agencies have been monitoring, profiling and accessing the private electronic information of, it would seem, of just about everyone…everywhere. The revelations of the incredibly pervasive NSA spying programs targeted at not only Americans but citizens of many other nations around the world initially revealed by Edward Snowden focused much scrutiny on the activity of US spy agencies. The revelation that Yahoo was essentially acting as an accomplice of the NSA in this spying effort should shock everyone who uses email. Indeed, if a tech giant like Yahoo was used by the NSA to assist in spying on “all” Yahoo incoming emails, why would the NSA’s email spying effort be limited to only Yahoo? Did they have good evidence that terrorists or potential terrorist were using Yahoo’s email system and they wanted to locate them? If so, the NSA only needed to target specific email addresses for suspected terrorists (or other criminals being watched or sought for); there was no need to have Yahoo target “all” Yahoo incoming emails. Many questions come to mind. They include the following. Did they not also target “outgoing” emails as well? If not, why not? Did the NSA present Yahoo with a valid search warrant from a sitting judge to make sure this search was legal and Constitutional? I doubt they had a warrant. What judge would grant a warrant to spy on “everyone” within a tech giant’s email system? Those of us who watch NCIS or other TV shows about federal agencies and law enforcement bodies are aware that there is a “presumption of innocence” that all people have, and that police and federal agencies need a search warrant based on sufficient factual information to convince a judge that “probable cause” exists that a crime may have been committed before their privacy or homes can be invaded.

The first link and second link note that some top Yahoo administrators objected to submitting to the NSA’s “blanket” demand for such all-pervasive information. Did anyone at the NSA or Yahoo read the 4th Amendment to the US Constitution which forbids the federal government to “unreasonable searches and seizures” of “persons, houses, papers and effects.” I’m sure emails and electronic information of all kinds are covered under the generic term “papers” (since electronic correspondence did not exist when the US Constitution was ratified by the US states). The violations of the Constitution’s 4th Amendment seem vast and deliberate. As one attorney cited in the second link is quoted as saying: “it’s really staggering in its breadth and seems to go beyond the NSA programs we have known about for a while.”

This story begs the question of whether such other tech giants are doing the same thing as Yahoo. It seems hard to believe the NSA would demand this of Yahoo and not of any other tech company. Did other companies receive such demands and refuse them? Did Yahoo “cave” easily?” We do not have answers that are “under oath” from any other company on this matter. It sounds like another reason for some committee of Congress to hold hearings about it, and then do what Congress always does so well…nothing.

Obviously, everyone should be careful about what information about themselves they put in emails. However, it seems that with the pervasive spying and data-harvesting profiles that have been on-going for many years, there is likely very little about any of us the data base administrators don’t know already.

It seems there is little or no privacy left, and that is very much what Revelation 13 prophesies about an end-time “beast” system that will emerge on the global scene and be in power over the nations for a mere 42 months before it is, itself, overthrown by the Second Coming of Jesus Christ (Revelation 19:11-20:4) who is prophesied to establish his kingdom over the whole planet for 1,000 years. Revelation 13:17 prophesies that this beast system will have the ability to monitor (and likely control) all financial transactions on the planet. This prophecy could never have come to pass until there was a global digital information network with vast spy programs being conducted by governments and the multinational corporations of the earth (Revelation 18:3). That describes the modern world we live in. This confirms that we are living in the prophesied latter days at the very end of this final age of mankind’s failed attempts at self-rule over the millennia since Creation, as our modern world richly fulfills this prophecy’s context. For more information documenting that we are clearly living in the “latter days” prophesied in the Bible, please read my article: Are We Living in the Biblical Latter Days?

I’ve seen ads for the movie, Snowden, now at theaters, which is about the efforts of Edward Snowden to reveal the mass electronic spying being conducted on Americans (and others) by US spy agencies. This story about Yahoo has convinced me I need to go see that movie.

I wonder if Snowden’s data trove he brought to Moscow has the “30,000 emails” that Hillary Clinton deleted from her term of office as Secretary of State. Obviously, all of Clinton’s emails (like your or mine) had counter parties to them, and who knows how many people received forwarded copies of those emails. Given the reports on how easy it was to hack into Hillary Clinton’s private server, those “deleted” emails must have been retained on a bunch of other servers. I wonder who is reading them now.