Worsening California Drought to Be Examined in Pending TV Program 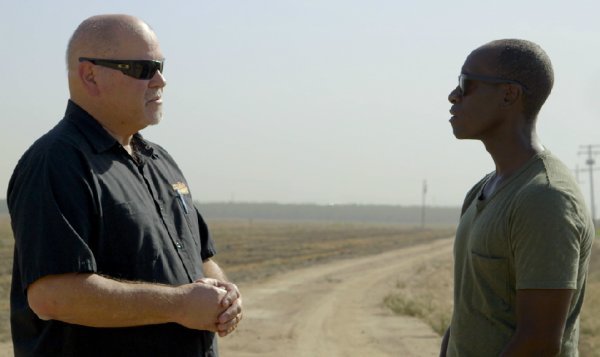 The worsening California drought will be the subject of a TV program to be aired soon, and I wanted to give readers of this blog a “heads up” about it so they can view it if they wish to do so. On November 9, 2016 (next Wednesday), the National Geographic channel is airing a new program called “Years of Living Dangerously” at 9 PM (CT). I’ve included a trailer about the program as the first link for readers to review. It will include a segment on the danger that the worsening California drought could negatively impact not only the USA but eventually the entire world. I’ve seen another promo for that impending program and it showed a segment on the impact of climate change on mass migrations around the world and the refugee problems that are created, so I do not expect the program to focus only on the drought in California. Since I obviously haven’t seen the program, I can’t comment on what it may include, but the first link’s trailer looks very interesting (especially for Americans).

The second link‘s writer has a bias that mankind is responsible for all the climate change occurring on the planet–a viewpoint that I do not share. I do believe we are witnessing many changes in the globe’s climate that pose increasing threats to mankind and all life on earth; however, I’m convinced that the sun’s heating cycles, earth’s cyclically changing position relative to the earth, and other mega-factors affect global climate more anything that puny mankind can do. However, I’m including the second link because I want to cite some pithy commentary from it. It includes this commentary: “Forecasts predict a 50% possibility that Lake Mead’s water level will fall below its mandatory rationing line. Such an event would result in water cutoffs to Arizona and Nevada.” That ought to concern everyone, especially those readers in Arizona and Nevada.”

The third link offers a media article with a detailed update on the California drought that includes other southwestern states as well. It states Lake Mead has dropped to only 37% of its capacity and that water rationing to states may be ordered in 2018 depending on the water levels in 2017. It warns California will also experience water cut-offs if the Lake Mead level keeps dropping, and adds that Lake Powell on the Colorado River basin has dropped to 53% of its capacity. It describes the worsening drought crisis in California and the American Southwest as a “slow-moving train wreck.” The article optimistically opines that most people living in the region realize the dangers posed by this drought threat. I’m not so sure that is correct. I think it is all too possible that many Americans (including most living outside of the American Southwest states) will not take the danger seriously until it threatens their personal comfort zones. When more Californians run out of water and Americans around the nation start running short of the agricultural products supplied by California’s farmers, then everyone will pay attention.

I’m going to watch the National Geographic program on Wednesday and suggest you do so as well. I cannot predict the content of the program or its conclusions about the subjects it will address, but the segment on the California mega-drought looks like it will make for worthwhile watching. Please consult your local programming schedules for the correct time of the program in your area if you wish to view it.