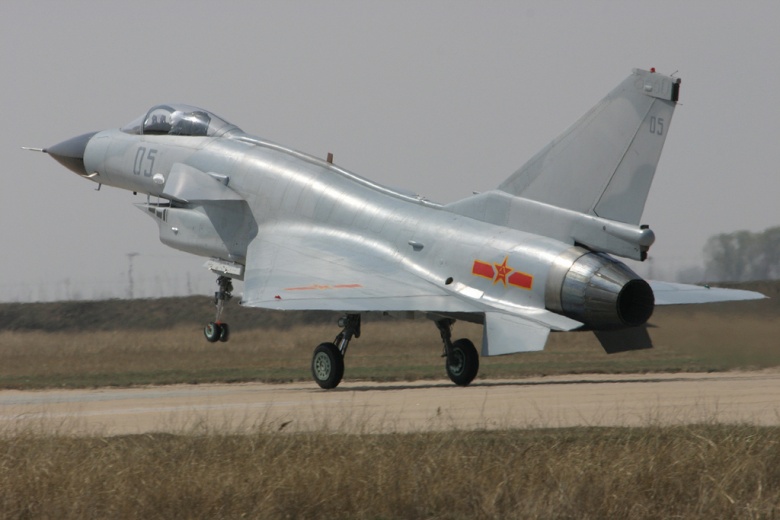 We now know what Iran intends to do with much of the windfall money it will receive after sanctions are ended and Iran receives mega-billions now frozen in the West. The first link and second link report that Iran intends to buy 150 modern Chinese warplanes with that money to give themselves a modern air force. The third link adds that Iran also intends to buy 100 Russian aerial refueling aircraft to greatly extend the Iranian air force’s reach by thousands of kilometers beyond what the new Chinese warplanes can fly on their own. The modern Russian aerial tankers are very large and can refuel 6-8 warplanes simultaneously. It is no secret that Iran has had an obsolete air force for many years. It looks like they will be upgrading very quickly as soon as they receive the released sanctions money as part of the really bad treaty that Obama, Kerry and company made with Iran. On this point I believe Donald Trump, the leading Republican presidential candidate, when he asserts that he would have gotten a far better deal than what the Obama administration got. Indeed, the deal the Obama administration negotiated could hardly be worse. The fourth link reports the Iranians were angered when it leaked that this nuclear deal had secret “side agreements” between Iran and the IAEA (which weakened the strictures on Iran) that the Obama administration did not disclose to the world or to Congress.

It is likely cold comfort that the third link reports that the 100 Russian tanker aircraft will not fully be delivered to Iran until 2020. All Russia has to do is accelerate production of those aircraft and Iran will have them sooner. That is what I expect will happen. When Iran massively upgrades its air force, it will not only be able to attack Saudi Arabia and Israel, it will be able to easily attack Egypt and Europe as well. India will also be within its range. Indeed, with a fleet of large aerial tankers extending their range with several refuelings en route, the new Iranian air force should technically be able to reach North America.

As I’ve observed for over two decades, Ezekiel 38-39 prophesies that Russia, China, Iran and other nations will form an anti-American, anti-western alliance in the latter days. That prophecy has been fulfilled. The rest of Ezekiel 38 prophesies that this Gog-Magog alliance will eventually launch a surprise attack against Europe, North America and all their global allies at the end of our “latter day” age. This new Iranian deal will greatly strengthen the Gog-Magog alliance and make the USA, NATO and their allies much more vulnerable. Obama, Kerry and Co. are acting as the Gog-Magog alliance’s great allies and enablers right now. Not only have Obama, Kerry and company created a Frankenstein agreement which will enable Iran to have a large, modern air force, they will also greatly benefit China and Russia, whose factories will be building those warplanes for Iran.

I think it is not out of place to ask the question: Whose side were Obama, Kerry and company on when they negotiated this terrible deal? One should also ask: Were the GOP leaders of Congress out of their minds when they threw away a winning hand that would have defeated this deal and agreed to play a losing hand dealt to them by the Obama administration? The spineless leaders of the GOP in Congress supinely agreed to vote on this nuclear weapons treaty with Iran and many other nations as if it were ordinary legislation that President Obama can veto. This agreement should have been received by the Congress and voted on as the Treaty that it is. Article 2, Section 2 of the US Constitution specifies that any Treaty, to take effect, must pass with a 2/3rds vote of the Senate in concurrence. This nuclear agreement with Iran is not being dealt with in a Constitutional manner. Since Iran’s mullahs committed an act of war against the USA by seizing our embassy during the Carter administration, wants to wipe our ally, Israel, “off the map,” and since a number of foreign nations jointly negotiated this deal, it is clearly an international “Treaty” under the US Constitution’s definition. If this international agreement isn’t a Treaty, nothing is. If the GOP leaders of the Congress had any sense or backbone, they would have announced publicly that the US Congress would receive the negotiated agreement as a Treaty as defined by Article 2, Section 2 of the US Constitution. Therefore, the House would decline to vote on it, but the Senate would need to concur with a 2/3rds vote to allow the treaty to be ratified. This was the winning hand the GOP leadership threw away. It would have required Obama to get a 2/3rds vote to pass his foolish deal. Obama could not have gotten the votes to approve his treaty. Therefore, Obama pretended it was not a treaty and got the gullible GOP leadership to treat it as if it were ordinary legislation (as if it were a vote on new price supports for corn crops or something). This meant Obama could veto any vote and the GOP would need a 2/3rds vote to override his veto, guaranteeing the GOP would play a losing hand. How could the GOP leadership be such dullards that they allowed this Treaty to be voted on as if it were ordinary legislation?

The GOP desperately needs new leaders in the Congress. McConnell, Boehner and company aren’t up to the job. They are currently nothing but “welcome mats” for Obama to wipe his feet on. The big losers are the US people, whose national security is being weakened by this very foolish nuclear weapons/facilities treaty with Iran.

If anyone wants to challenge this nuclear “deal” with Iran in the courts, they should base their case on the obvious fact that the deal is a “Treaty” by any Constitutional definition and that the Constitutionally-specified ratification process was not observed or implemented, and is, therefore, invalid.