Will You Be Ready When Disaster Strikes your Area? 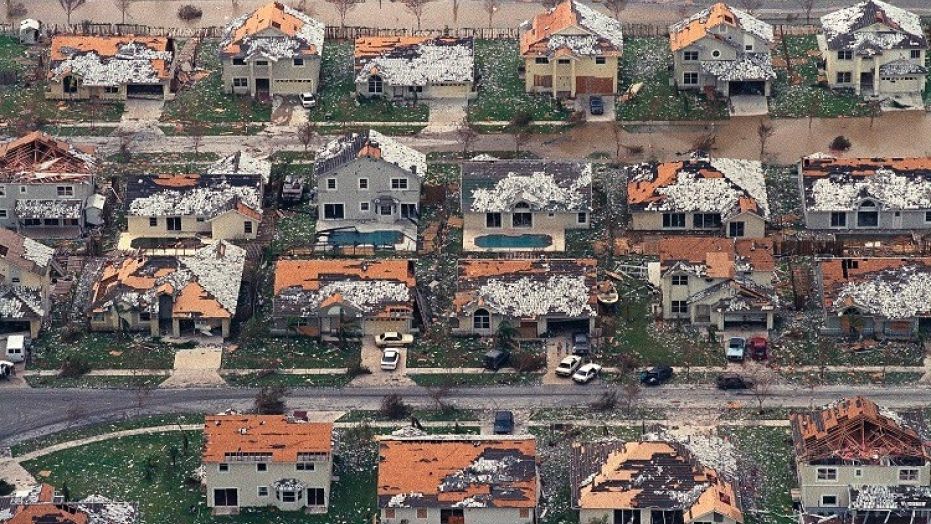 All readers are, no doubt, aware of the killer hurricane that is approaching Florida and the American southeastern states as I write this. At present, Hurricane Irma is lashing Cuba and its contact with Cuba’s land mass has diminished its winds. However, these winds are expected to increase again as it passes over the warm waters of the Gulf of Mexico as it moves north toward the west coast of Florida. The predictions from the weather services have been nothing short of apocalyptic. Given that this hurricane comes shortly after the southeast Texas coast was ravaged by Hurricane Harvey, the combined effects of these storms must surely be putting a severe strain on all emergency response resources across America. This post is to remind readers that we do live in the latter days of this age (see my article, Are We Living in the Biblical Latter Days?), and that biblical prophecies do warn us that weather and atmospheric calamities will characterize this period of time. Are you ready for any disaster that could impact your area and your family?

First a few facts about Hurricane Irma. The first link informs us that a staggering 8.5 million properties are expected to sustain “significant damage” from the hurricane and that another 3.5 million will sustain some damage. That is a total of 12 million properties damaged in Florida alone, if the Hurricane proves to be as bad as predicted. This doesn’t include the number of fatalities, injuries, etc. that could result from this immense storm. These totals are only for the state of Florida! The above totals do not include the numbers of damaged properties that could occur in Georgia, the Carolinas, Alabama, etc. from this storm as it heads northward from Florida. As this storm has already headed more westward than expected, regions of the southeastern states that thought they were “in the clear” are now also in danger of being hit by the effects of this hurricane. Add to the damage that will be caused by Hurricane Irma the damage that has already been inflicted on Texas by Hurricane Harvey and one can see the scope of the disastrous effect that these two hurricanes have/will cause in this nation.

It is time to ask some serious questions. How many millions of pounds of perishable food has been destroyed in Texas and will be destroyed in Florida due to refrigerators and freezers in homes and grocery stores losing power? How much toilet paper and other paper goods have been destroyed? How many insurance claims adjusters are there in the USA? You can be sure there aren’t enough to handle the number of damaged homes predicted for just the state of Florida plus the properties damaged in Texas. How many of these destroyed or damaged properties will even be covered by insurance? How many households will go bankrupt because of uninsured damage to homes, cars, furniture, etc?

I’ve seen media estimates that 5.6 million people were ordered to evacuate in Florida and another 540,000 in Georgia were also ordered to evacuate. How many more were evacuated in Texas due to Hurricane Harvey? If millions of people being evacuated from Florida have only destroyed or damaged homes to return to and have no electricity, they will become domestic refugees in their own country. How many people can FEMA and aid agencies help before they are completely overwhelmed? In our “just in time” delivery system for all kinds of goods and products in our nation, corporations don’t have giant warehouses full of stockpiled goods any more. A significant portion of America’s oil and gas production/refining capacity was damaged in HurricaneHarvey and it will likely be months before production is resumed to normal levels. Stories are commonplace in the media about gas being exhausted at service stations all across Florida and state troopers having to escort gas trucks to stations for escaping Floridians to gas up their cars so they can evacuate. Hurricane Jose is also a very major hurricane in the Atlantic Ocean, but it is expected to miss the USA–thankfully. However, forecasters have predicted a very active hurricane season and so far they have been accurate. How many more hurricanes may form and impact the USA before the hurricane season is over?

At what point will reserve supplies in the US become so stretched that remaining supplies of food, water bottles, gasoline, etc. have to be rationed to unaffected areas of the nation so essential supplies can be given to the growing numbers of Americans who have been left without anything? President Trump does have executive authority to re-direct supplies of vital commodities of all kinds from their normal destination points to the areas hardest hit by disasters. If the USA continues to experience more major disasters, he may have to start implementing such measures. Mexico just experienced what some media reports are calling the most powerful quake in a century. What if that earthquake had occurred under San Francisco instead of hundreds of miles off the western coast of Mexico? Can you imagine what that would have done to America’s ability to help internal refugees if a large earthquake hit a west coast city?

The Bible warns us that in the latter days, the earth will experience a growing crescendo of natural disasters. Matthew 24:7 warns of earthquakes occurring in a variety of places, and that term likely includes tectonic activity which would include volcanoes. That same verse warns of famines, which usually involve droughts. Luke 21:25 foretells of the “sea and waves roaring.” That clearly includes tsunamis and hurricanes. Revelation 8:7 warns of out-of-control wildfires, and those are occurring now in Montana and other western states in America. Revelation 8:8-11 warn about an impact when a heavenly object impacts the earth with catastrophic effects. Isaiah 24: 20 foretells the planet will “reel to and fro like a drunkard,” and a wobble on its axis could occur in our planet if a big enough meteor or comet descends through our atmosphere and hits the earth. Isaiah 24:1 warns that the earth will be “turned upside down” in the latter days, and that could refer to a magnetic pole reversal or the earth settling into a new position on its axis after a large meteor strike. Revelation 8:8’s description of a heavenly object falling through the sky like a “great mountain burning with fire:” very aptly describes what a meteor falling through the atmosphere would look like–as has been depicted in some Hollywood disaster movies.

The bottom line is if you are a believer in biblical prophecies (or even if you are not), what have you done to prepare yourself or your family for whatever disaster may strike your city or region? Once a disaster hits, it is too late to make preparations. Different portions of the earth are more subject to hurricanes, tornadoes, earthquakes, floods, droughts, ice-storms, mass power outages, etc. You need to be prepared for such emergencies. It is foolhardy to not do so. I urge readers to read my article, Should Christians Prepare for Hard Times? for a biblically-based and (I hope) balanced approach to this subject. I also urge you to read my related article, Christian Rights and Citizenship Responsibilities, that describes biblical instructions to Christians in both good times and bad times. To put just a couple principles into a current application,  if the government orders a mandatory evacuation due to catastrophic damage expected from an approaching hurricane or some other disaster, I would act on that directive. If a mandatory curfew or “shelter in place” directive is enacted after a disaster hits in order to prevent looting and enable emergency responders to do their work, I’d obey that instruction. Also, I urge you to read the second link (from Fox News), which offers a suggested list of vital commodities and supplies which you need to think of in preparing for emergencies. The time to prepare for weather emergencies is before such emergencies occur. The Bible has warned us that increasing numbers of catastrophic weather and/or planetary events will occur in the latter days. Everyone is free to do what they decide is best, but I think it is folly to ignore the Bible’s warnings and do nothing. The time to act for future emergencies or shortages is now.