Will the EU and the Euro Survive? 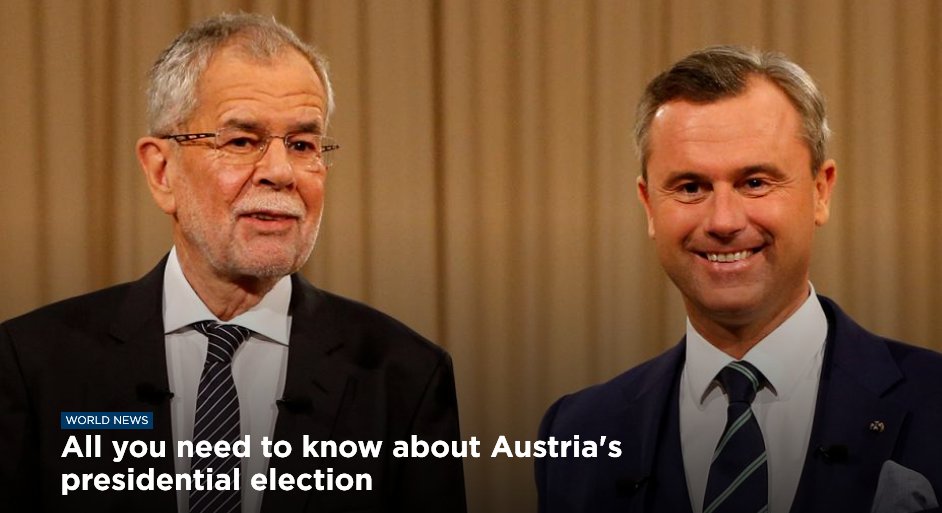 After the favorable British Brexit vote, anti-EU and anti-Islamic immigration parties in other European nations are clearly on the rise. If more anti-EU leaders take power in current EU nations, the likelihood grows that the EU itself (and its currency, the Euro) could be in danger of unraveling. This post is to give readers an update on the current forces pushing the EU apart and also to give a “heads up” about an important election being held this Sunday, December 4, which will give us an indication of how strong the anti-EU sentiment is in Europe.

On December 4, Austria will hold a presidential election. It pits an anti-Islamic-immigrant and Euro-skeptic candidate against what apparently is a pro-EU, pro-status quo candidate (first link). The second link cites a poll showing the rightist candidate leading the polls, but the poll cited is somewhat dated. If the rightist/nationalist candidate, Mr. Hofer, is elected, it will show that the anti-EU, anti-Islamic-immigration forces have strengthened on the European continent since the Brexit vote, especially since Mr. Hofer lost a close election earlier this year to the same opponent.

Nationalist, anti-EU, anti-Islamic-immigrant parties are rising in many European nations. The third link cites the likelihood that the Dutch nation will be governed after the next election by Geert Wilders, who has long been an anti-EU spokesman within the Netherlands. This election will occur in 2017, and a Wilders victory will add more momentum to the nationalist, anti-EU fervor growing in Europe. The fourth link discusses the French election which will be held in 2017. In the French election system (as I understand it) there will be a first-round vote for the chief-of-state position in France followed by a final vote between the two top finishers in the first round. What usually happens is that the losing establishment party (of the Left or Right) in the first round endorses the establishment party that will run against the National Front candidate in the final round. It is expected that Marine Le Pen, the head of the nationalist party, will be one of the candidates in the final round of the vote. If she is elected in the final round of voting, the French government will experience a radical change. Le Pen would almost certainly lead an effort to distance France from the EU bureaucracy and may even sponsor a referendum to leave the EU, as did the British in their Brexit vote. She is a fervent nationalist, and would also almost certainly clamp down hard on Islamic immigration and Islamist actions inside France. If she is elected, France will cease being a reliable “second fiddle” to Chancellor Merkel’s agenda of EU governance of Europe.

Italy is also showing developing signs of wanting to bolt from the EU. An Italian constitutional vote will be held soon in which the current, pro-EU leader’s position may be on the losing side. If this happens, he may resign and new elections could be held. This election is not likely to lead to Italy leaving the EU, but it would push Italy further down the road to exiting the EU in the future (fifth link and sixth link).

There is much, much more at stake in these pending votes (and in future elections inside Europe) than the political changes that could occur after these votes. If the EU loses more nations, the credibility of the Euro currency itself will be progressively undermined. The nationalist trend begun with the British Brexit vote could ultimately lead to a collapse of the Euro currency. This would have massive consequences throughout the global financial markets. Many bond issuances and trade deals have been denominated in the Euro currency. If it collapses, what happens to the value of all the global monetary instruments that were denominated in Euros? Do they go to zero? Do they get renegotiated in new currencies? Since the Euro is a significant part of the IMF’s global “basket of currencies” in the Special Drawing Rights (SDRs) that underpin global financial transactions, the collapse of the Euro could trigger a global financial panic. Indeed, it could be so extensive that it could lead to the fulfillment of the prophecy in Revelation 17-18 that a global financial collapse will occur in the latter days of our current biblical age on earth. Revelation 18:8 prophesies this global collapse will occur in “one day,” and verses 10 and 17 state it will happen in “one hour.” It was not until the modern digital age that a global financial crash could occur within a single hour or day. In today’s interlocking network of global financial and monetary markets, a sudden “flash crash” in one currency could cause crashes in many other currencies and markets so quickly that the global financial system could be in ruins within a single hour or day. This reality confirms the accuracy of the Bible’s latter day prophetic language. Modern technology has finally reached the point where the Bible’s prophetic language in Revelation 17-18 can be fulfilled literally. Note the language in Revelation 18:11: It states the merchants of the earth mourn that no one buys their goods and services any more. This strongly infers that they do have the goods and services to sell, but that people are unable to buy them. This prophetic language would be precisely fulfilled if there is a collapse in the value of the world’s fiat currencies. It would create a situation where there is plenty to buy, but no reliable money with which to buy anything–leading to a complete freezing of global financial transactions.

What happens in Europe will deserve close watching as national European elections unfold. If a massive Islamic terrorist attack occurs in a major European city, it could rapidly galvanize European citizens to demand an end to the EU and its Islamist-friendly policies. In that environment, a financial collapse could accompany a major political realignment of nations. Keep in mind I’m not predicting such an outcome, I’m merely noting that this is one more possible trigger for the fulfillment of the major latter-day prophecy in Revelation 17-18.

For more detailed information about the prophecy in Revelation 17-18, please read my free articles, Is Babylon the Great about to Fall…Ushering in a New Beast System?, and The Babylonian Origin of the Modern Banking System. These articles will also make clear why the Bible’s prophecy in Revelation 17-18 likens the modern global financial system to that of ancient Babylon.