WILL THE “BEAST” SYSTEM BE TOTALLY CASHLESS? 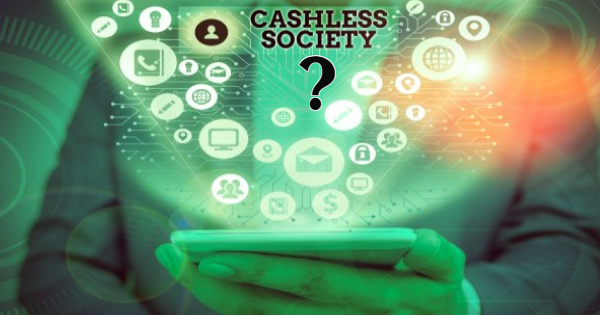 It is likely that many readers of this blog assume that the global financial system of the final “beast” system will be an entirely cashless one. That assumption is based on a prophecy in Revelation 13:16-17, and that assumption may prove to be correct. However, there is a possibility that it may not be entirely cashless, and that many believers will not recognize the beast system for what it is if that option proves to be the case. Let’s examine these options.

It is well-known that the move to globally-integrated digital systems of all kinds is an inexorable trend. That certainly applies to financial transactions. There is one region of the world that seems to be spearheading the move to a cashless society–Scandinavia. Sweden is especially at the forefront of this effort. The first link describes how far along the trend to a cashless society has progressed in Sweden. Cash transactions seem to be on a road to extinction there, and two payment systems (Swish and BankID) are becoming dominant. There is even a proposed creation of a pan-Scandinavian electronics payment system to replace cash transactions. This system is being proposed for Sweden, Norway, Finland, and Denmark.

The second link offers some remarkable details. It begins by discussing the trend toward a cashless society in Sweden and the United Kingdom but describes some of the very real obstacles to creating a truly cashless society. Many parts of the world have populations that use cash overwhelmingly as the dominant type of transaction. It notes that 79% of the Japanese people use cash every day and that 70% of Americans still use cash every week. Even more remarkably, 85% of Brazilian transactions are in cash, and 90% of Mexican transactions are in cash. It also examines the gradual erosion of national identities and the power of national governments in a cashless society; if people don’t use the national government’s currency, will national governments even survive? If a nations’ citizens have no national currency, do they even have a sovereign nation? I’d especially like each reader to notice one quote by Mark Carney, a governor of the Bank of England. In discussing the subject of, competing, digital financial systems, he called for the creation of “one digital currency to rule them all.”  I’m sure that phrase caught the attention of anyone who saw the Lord of the Rings movies. In that movie trilogy, the Dark Lord of Middle Earth created sets of magic rings for various population groups, but he created “one ring to rule them all.” The similarity in the quotes is striking. In the movie trilogy, the “one ring” represents utter malice and evil through which the Dark Lord, Sauron, and his proxies try to exercise tyrannical control over everyone. If the beast system does create a single “digital currency to rule them all” in the future, it would also become a tool for the Dark Lord of this age to rule all nations through his humanly-installed puppets called the “beast” and “false prophet” in Revelation’s prophecies. In Isaiah 14:12, it refers to Lucifer (Satan) as a figure who “did weaken the nations.” One way to “weaken the nations” is to cause the disuse of cash transactions in the national currency of each nation. The more that people use only global digital currencies, the less they will identify with their own nation and the more they will identify with globalist entities. Revelation 13:16-17 could argue for such an outcome at the end of our age.

However, there is another side to this story. Many nations have large numbers of their people who do not or refuse to use digital/internet currencies. For many reasons, they only trust cash transactions. Japan, the USA, Brazil, and Mexico are just some of the nations where this is true. The third link illustrates how strong the role of cash is in American financial transactions. It documents that the role of cash in US financial transactions is still high, with 24-43% of all household income categories using cash. It also adds that 31% of all financial transactions are in cash, far more than the number of on-line transactions. [Keep in mind this describes the number of individual cash transactions, not the net dollar value of those transactions.] Those percentages represent a very large percentage of voters who still want to use cash, and politicians do not want to offend them. Indeed, more politicians are acting to fight the establishment of a cashless society.

The fourth link relates that large American cities are fighting back versus the trend of merchants who want their stores and retail chains to refuse to do business in cash–requiring all their customers to use some kind of electronic/digital payment system. The cities of San Francisco and Philadelphia have passed laws that forbid merchants and businesses in their cities to refuse cash. The article reports that New York City and Washington, DC may follow suit. The fifth link and sixth link reveal that two states, Massachusetts and New Jersey, have already passed laws forbidding merchants and businesses in their states from refusing cash in their financial transactions. The fifth link is a rather bland citation of the Massachusetts statute, but the sixth link offers a description of the effects of these actions. In the USA at least, a trend is beginning to require businesses to accept cash, so the death-knell of cash is very premature at this point.

Let’s consider some biblical ramifications of this topic. As mentioned above, many believers assume that the prophesied beast system will forbid all cash transactions due to the content of Revelation 13:16-17. I’d like to point out that those of us reading John’s vision about the latter days in the book of Revelation really do not know what John saw as he was trying to describe high-tech realities with low-tech terminology. Did he see all types of financial transactions throughout the world or was he given, a general glimpse, of what was going to transpire in the latter days and he wrote about what he saw in the vocabulary of his time? Notice that his prophecy does not say “The beast will forbid all-cash transactions,” although that is how it has been perceived by many. John notes that the beast’s financial system can be accessed in more than one way; he states in verse 16 that the “mark of the beast” will involve the forehead or the hands. This would include all kinds of digital debit and credit cards, smart-phones equipped with facial recognition systems, etc., but I would like to suggest it could still include currency notes. A future world currency restructuring could require the use of a special digitized UPC code or identification mark on each currency bill. This would make each currency bill traceable and would enable financial regulators to locate black market transactions, drug-smuggling operations, etc. Indeed, such a system would be popular, and it would still permit the use of cash transactions. Christians who are insistent that the beast system hasn’t arrived until the entire world is cashless might not realize the beast system has already arrived because cash is still being used throughout the world. As long as cash/currency bills are digitally traceable, Revelation 13:16-17 would be fulfilled even if cash is being widely used. The global banking system could implement a new system of “digital cash” by simply destroying all the old currency as it passes through the banking system, and steadily issuing only new digitally-traceable currency in its place.

I would like to urge all Americans to look again at the currency notes in their wallets and purses and notice that they bear a common official declaration: “This note is legal tender for all debts, public and private (emphasis added).” Note the word “all.” This language infers that it is illegal in the USA to refuse to accept any note that is issued in US currency. I doubt this principle has been tested in court yet, but I can foresee that at some future point, a person will go to a business that refuses to accept cash and bring a camera crew and an attorney along to record the business’s refusal and make a test case on the subject. Such a person might win that case as the powers-that-be do not want to weaken the authority or credibility of the Federal Reserve Board (which prints the currency notes). Indeed, a ruling to the contrary would mean US businesses could refuse to accept US currency on US soil, setting a very dangerous precedent for national sovereignty and national banking concerns. The Fed (and all other national banks) could benefit from a ruling requiring the acceptance of cash by simply introducing a currency with digitally-traceable taggants in the name of stopping drug trafficking, human trafficking, and all tax-avoidance schemes. That would likely be very politically popular.

I’d like to leave you with a final thought on this subject. I do not have an answer; I only pose the question. Look again at your currency notes (in any nation’s currency), and hold it up to the light.  Amidst all the shadings, colorations, watermarks, etc., might it be possible that we already have a “traceable digital currency” via a system of taggants or digitized markings that are invisible to the human eye? If so, we may already be very close to the fulfillment of Revelation 13:16-17 and not realize it at all.