Will President Trump Move the US Embassy to Israel to Jerusalem? 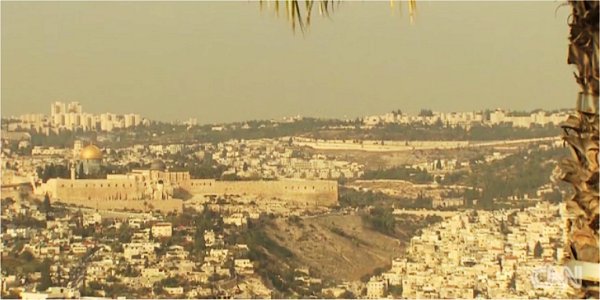 There are a growing number of media reports that President Trump will, during a pending visit to Israel, announce that the US Embassy to Israel will be moved to the city of Jerusalem. While no date has yet been announced for Trump’s visit to Israel, the first link, second link and third link offer much of the information that is now available concerning this likely move. If Trump does implement this move, it would make most Israelis ecstatic and also cement his ties to America’s Evangelical Christian voters, whose overwhelming support was crucial to Trump’s victory last November. It should be noted that previous American presidents have also made such promises, but they quickly ignored them as soon as they took office–signing an endless stream of waivers every six months to prevent such a move from happening.

The previous presidents who refused to move the embassy to Jerusalem in spite of their promises to do so took such action to avoid offending the Arab Muslim nations in the Mideast. However, President Trump appears to be facing an entirely different dynamic in the Mideast at this time. The fourth link reports that a former high official in the Jordanian government has stated that America can move its embassy to Jerusalem at this time “without sparking any serious rage among the Arabs.” This is a remarkable development which would have seemed impossible in previous administrations. What has changed? I think the answer is the steadily-growing alliance between Mideastern Sunni Arab nations (Egypt, Jordan, Saudi Arabia, etc.) and Israel which is being driven by their mutual fear of the growing military threat to all of them from Shiite (and Persian) Iran. This growing alliance has been covered in this blog for years, as long-time readers know. The recent visits of the leaders of Egypt, Israel and Jordan and a Crown Prince of Saudi Arabia to the White House serve as background for the possible move of the US Embassy to Jerusalem. This possible action was surely discussed at length with all these leaders behind closed doors to gauge whether now is the time for such a move. The joint press appearances by President Trump with these leaders were all marked by very harmonious (even glowing) relationships between President Trump and the other Mideastern leaders. It is very possible that all the leaders have signed off on this move, and the statement in the fourth link by an important former Jordanian official supports such a viewpoint.

If the USA moves its embassy to Jerusalem, I’d like to ask: which “Jerusalem?” On current maps and in political labels, there are at least four definitions of “Jerusalem.” There is the entire territory of the modern city of Jerusalem under the civic authority of its city government, there is a “West Jerusalem” and an “East Jerusalem,” as well as the “Old City” of Jerusalem. I think it is safe to say that the embassy of the USA would be moved to somewhere in the western portion of the city of Jerusalem in order to accommodate Sunni Arab sensitivities. The USA has a vested interest in helping midwife an agreement, if not an actual alliance, between the Sunni Arab nations and the Israelis in order to create a united front against the militarism of Iran and its Mideast proxies (Hezbollah, the Syrian government, the Iraqi government, the Yemeni Houthis, etc.).

This development bears close watching. If it does occur, I think it be additional evidence that the alliance between the Sunni Arabs, the Israelis and the new Trump administration is drawing ever closer. I applaud any such development.