WILL POLAND AND/OR OTHER NATIONS LEAVE THE EU NEXT? 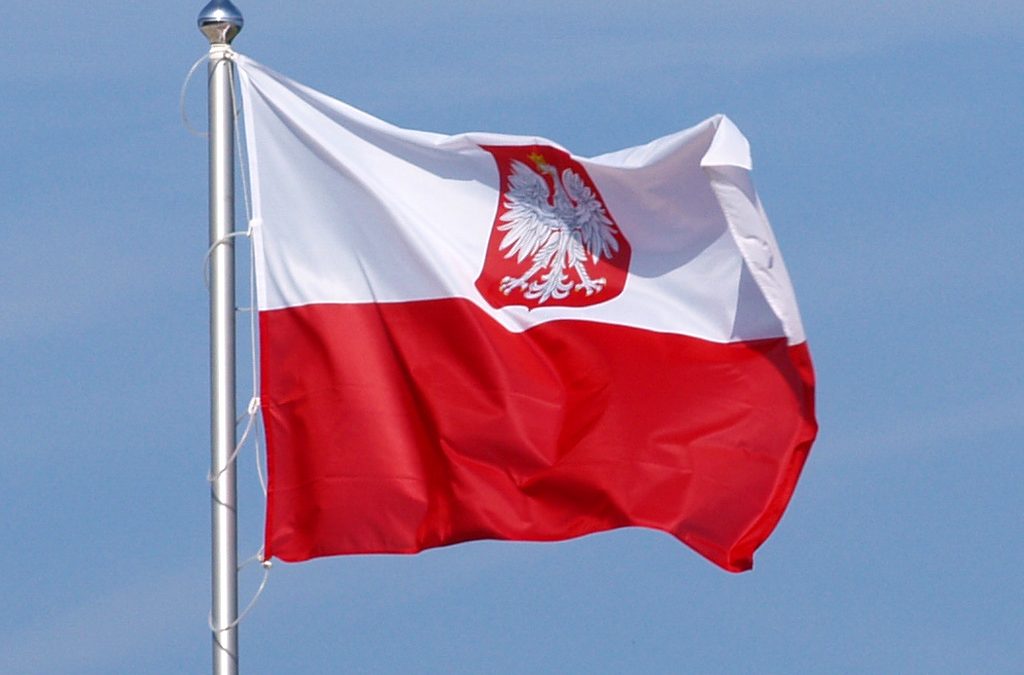 Now that the United Kingdom has elected Brexiteer, Boris Johnson, by a landslide, it is evident that the British nation will be leaving the EU no later than the end of January 2020. There will still be details of the separation to work out during 2020, but Johnson is also keen on enacting a law in Parliament binding the UK to leave by the deadline in late 2020 without any further extensions. He should have no problem getting that passed in Parliament. Such a law will preclude a delaying strategy by EU negotiators in getting an agreement done during 2020 because that law will mean there are only two alternatives to implement by the end of 2020: (A) a mutually acceptable Brexit “divorce” agreement, or (B) a “hard Brexit.”


The question now arises: What other nations might be leaving the EU next? As readers likely realize, the EU is not a democracy and never will be as it is currently structured. The common people have no vote in selecting the top EU leaders, and that is exactly how the globalists running Europe wanted it to be. The EU essentially recreates a medieval governing structure for Europe where the elites make all the decisions and the people are little more than modern serfs. They get to vote for members of the European Parliament, but that body has little real power and is mostly a debating society and a rubber-stamp entity. Let’s consider which nation(s) might be the next to leave the EU.


If the British are able to exit the EU and prosper, it will greatly increase the odds of other nations leaving as well. For that reason, expect the EU to make it as difficult as possible for the UK to prosper as it leaves. However, the EU may be unable to prevent British prosperity. Once it is again a sovereign nation, the UK can negotiate new trading agreements with the USA, Canada, Australia, New Zealand and other nations of the British Commonwealth to replace lost markets and trading partners in Europe. President Trump has announced his eagerness to do such a deal with Boris Johnson, so a close trading deal with the USA is all but assured. The globalist left has done all it can to thwart a UK exit from the EU as well as all it can do to remove nationalist President Trump from office via the highly-contrived “impeachment” process. As I stated in a recent post, the Democrat/globalist/Leftist House of Representatives is trying to impeach President Trump even though he has not committed any crimes, hasn’t even been charged with any crimes and hasn’t been found guilty of so much as an unpaid parking ticket! These battles are not about fairness or the law– they are about obtaining or preventing global power from being concentrated in the hands of a small band of leftist/globalist elites.


Focusing on Europe, it seems Poland may the next most likely nation to exit the EU–as several media outlets have opined. The first link and second link are from the Israeli and European media, and they both make the point that a dispute over the Polish judiciary is leading the way to a major confrontation between Poland and the EU. However, these articles “spin” the situation in favor of the EU’s views. The Poles have a point too, which I found mentioned in the third link, but when I tried to include it in this post, the cited website demanded I become a paid subscriber to do so. Unable to read it myself at present, I’m including it in the event readers are allowed to visit the site to read the link before being asked to subscribe. It mentions (in the version I read) that Poland wants to be able to allow its own judges to place Polish laws ahead of EU rules in their judicial rulings. If I were a Pole, I’d be totally in favor of that option. However, the EU insists that its rules be given authority over all Polish laws whether the Poles like it or not.The fact that the EU already feels that dictatorial toward its member nations is enough to trigger the desire to leave the EU in a variety of them. The EU nations originally signed up to join an EU entity that was a customs and travel union. They did not initially sign up to join an EU that would morph into a continent-wide dictatorship. The Eastern and Balkan nations especially have no desire to be submissive serfs in an EU dictatorship as they highly value their national sovereignties after being under a German/Nazi dictatorship for years followed by a Russian/Soviet dictatorship for decades.


There are a number of opinions regarding which nations might leave the EU next. Poland’s possibility of leaving the EU has already been mentioned, and the first two links also mention Hungary as a possible nation that might exit the EU. The fourth link (from earlier this year) makes the case that the Netherlands and Sweden might be the next nations to leave. The Netherlands seems unlikely to me as the Benelux nations are sandwiched between France and Germany, and they have strongly pro-EU leaders. Sweden barely was able to form a governing coalition after the last election because Euro-skeptic nationalists made such a strong showing in the results, so Sweden is a possibility. The fifth link discusses a list of eight EU nations which it feels might be the next to exit the EU. Interestingly, it places its analysis in the context of betting odds regarding each nation’s chances of being the next one to leave the EU. Notice that the cited link is from 2017, and political situations have changed since then; however, I’m including it to give readers a European viewpoint on the betting odds of leaving the EU as determined in that article. I do not agree with the inclusion of Ireland in that list–I regard that nation as a safely submissive member of the EU. Italy and Greece are distinct possibilities. Italy almost considered leaving not only the EU but the Eurozone when the EU tried to meddle in the outcome of an a internal Italian election. Greece was initially the first nation to openly consider leaving the EU (when it was dubbed a Grexit), but its government submitted to harsh EU austerity controls. Those austerity measures have left Greeks much poorer and there is a simmering anger among the populace toward the EU due to the effects of the EU diktats. Greece is a strong candidate to leave the EU at some point. You can be sure that every nation will be watching whether the British Brexit process turns out to be a success. If it does, then expect more nations to leave the EU.


For years there have been discussions about an EU defense force, but efforts to assemble such a force have been slow to gain any traction. One overriding reason is that many European nations are already in NATO and are, therefore, allies of the USA in a joint defensive alliance. In an EU military force, nations would not be allied to the USA nor would they enjoy any automatic US protection in warfare. One cannot have a two-headed military control and command structure within Europe’s military forces. You have to have one central command structure which has the allegiance of its military forces. It is delusional to say a two-headed command structure will work in a wartime environment. As the Bible puts it in Luke 16:13; “No man can serve two masters…” Ultimately, European nations are going to have to choose whether they want to be allied to a powerful USA that can protect them or to a not-so-powerful Franco-German dominated EU force. I’ve written posts in the past concerning the wretched condition of the German military (which cannot even defend itself), and France’s military is far too small to protect the entire continent of Europe. Indeed, with the SPD party just barely staying in the German governing coalition with Merkel’s CDU and with the ever-rising election totals for the Euro-skeptic AFD party, Germany may be headed for a series of weak governing coalitions unable to provide much leadership to anyone. France’s Macron has become increasingly unpopular within his own nation that is regularly paralyzed by “yellow-vest” and labor demonstrations. If Merkel’s and/or Macron’s pro-EU governments fall and are replaced by Euroskeptic governments, I see no way the EU will survive.


There have been some “baby-steps” toward building an EU military force. The sixth link details the difficulties encountered in simply merging some German and French troops into a single combat unit. There have been serious language and weaponry problems, and this is just with two linguistic groups trying to merge into one small force. Think of the difficulties in merging all the linguistic groups of Europe into one EU fighting force! The seventh link describes some cooperative efforts between Germany and the Netherlands in merging military forces into a common units. However, NATO has had 70 years of overcoming linguistic problems in its command and control systems. The EU is barely making a start in that direction, and is nowhere near being “ready for prime time” to defend Europe. If NATO and the EU go separate directions in setting up their own military forces, they will be getting in each other’s way all over the continent of Europe. The only winner would be Russia, whose military position would be greatly helped by the creation of an EU defense force and the resultant confused and conflicted military situation that would ensue all over Europe.


Whenever (and if) a realignment of alliances occurs in Europe, I think the Eastern European nations have already made their choice with whom they wish to be politically and militarily allied. If the EU does disintegrate completely or partially, it will put very heavy pressure on the survivability of the Euro currency. If the EU itself comes apart, how can its currency unit, the Euro, survive? If the Euro loses credibility or liquidity on global markets, it will create a global financial crisis, perhaps one large enough to fulfill the prophecy of Revelation 17-18. For a detailed look at how this prophecy could be fulfilled, please read my article, Is Babylon the Great about to Fall…Ushering in a New Beast System?