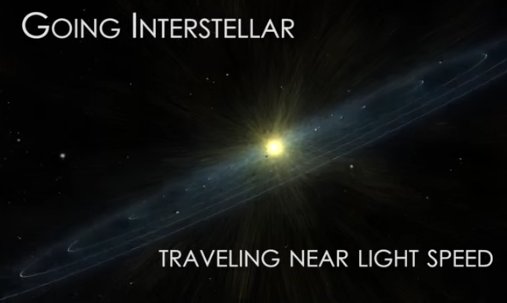 Recently I saw a website link that piqued my interest and I hope it does yours as well. The link from FoxNews, is about an exponential increase in NASA’s ability to send a manned mission to Mars and beyond via a new propulsion technology. Reportedly, it would cut the time of a Mars trip from approximately six months to three days. That would make a vast difference in the feasibility of such trips. If one can do Mars in three days, how long would it take to reach the gas-giant planets further out in our solar system?

There is a short video on the link which claims that with this new technology, a spacecraft or payload could be accelerated to 30% of the speed of light within ten minutes using an electromagnetic acceleration technology. Compare that with a conventional launch rocket which takes ten minutes to reach orbit over earth. Obviously, the technology would be first tested with unmanned payloads to make sure it is safe for manned flights. Think of the paradigm shift that this technology would give to mankind’s options. Our solar system could be explored and deep space missions would be possible. The nearest star would be a possible site for a visit.

Think also of the military applications that this could bring to bear in combat weaponry. Military use of this technology would be a quantum leap beyond the rail gun technology which the US Navy is almost ready to deploy on its Zumwalt-class warships. If this new technology can really accelerate a payload vehicle or spacecraft of some kind to 30% of the speed of light, what is its maximum speed if it continues to accelerate beyond just ten minutes? The link doesn’t say. Indeed, is there a limit? Seriously, are we making strides toward the “warp speed” of the Star-Trek movies and television programs?

This also has strong biblical ramifications. Daniel 12:1-4 prophesies that at the time of the end of our current age, there will be an exponential increase in the level of knowledge to which mankind would have access. The word “increased” in Daniel 12:4 is based on a Hebrew word also used in Genesis 7:17 to describe how the waters on the earth “increased” during the Deluge that wiped out mankind’s pre-Flood civilization. That described an exponential increase in the amount of water at that time. Combining the prophecy of Daniel 12:1-4 with Jesus Christ’s own prophecy in Matthew 24:37 that the latter days of our age would mirror the pre-Flood world of Noah strongly argues that our latter day civilization will become a “twin” to the pre-Flood civilization. Indeed, there are other parallels. Genesis 6:1 reveals that there was a “population explosion” on the earth as mankind multiplied its numbers in the pre-Flood world. When people could live for up to 900 years or more, how many children did they produce? Genesis 6:5-6 also relates that mankind became so wicked and evil in the pre-Flood world that God regretted making mankind. Their society became so evil that God did a “mercy killing” to put them out of their misery when he unleashed the Deluge on the earth. Malachi 4:4-6 is a warning to latter day mankind (our time) that we better return to the biblical laws of God and his way of life or God will be close to smiting the earth with a “curse.” Other translations render that word “curse” as “utter destruction” (The Living Bible) and “the curse of destruction” (The New Jerusalem Bible). Matthew 24:22 ominously warns that mankind itself will reach the point of self-destruction in the latter days and that Jesus Christ’s Second Coming will happen just in time to prevent mankind’s annihilation (very likely due to mankind’s own unleashing of destructive technologies or dabbling in forbidden technologies mankind cannot control). There is much more that could be said about current parallels to the pre-Flood world, but the above will suffice for this post. My audio message, the As it Was in the Days of Noah, gives more information on this subject, but it was made in 1989. I would have much more to say on the subject today, but that audio will give some further information to interested readers of this blog.

It will be very interesting to see if this technology progresses as projected!