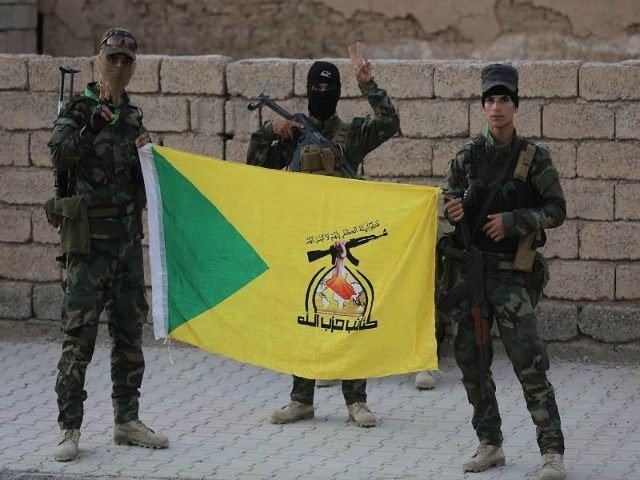 The first link and second link report that Hezbollah, the Islamic terrorist organization which controls much of Lebanon and, I think, all of southern Lebanon’s border with Israel, has received a gift of 75 tanks from Assad’s Syrian government. This essentially gives Hezbollah an armored division of its own, to use against either Syrian rebels or Israel. The first link also reports that Iran has sent 100 Iranian officers and special-forces troops to Syria to train Hezbollah forces in urban warfare tactics. This means Iran now has well-trained military detachments deployed in Syria almost on the Israeli border.

Another thought: I’ll bet the Hezbollah forces will need a lot of training to competently operate that new force of 75 tanks. I wouldn’t be surprised if Iran did that training as well. Indeed, it would not surprise me if Iranian crews permanently crewed or commanded that tank force and the announcement that those tanks were given to Hezbollah was for “PR” purposes only. This would mean that Iran, which has declared its intent to “wipe Israel off the map,” would effectively have an armored division under its control near the Israeli border.

I’m sure that Israel is well aware of the above facts. Did any readers see the UN address of Israeli Prime Minister Benjamin Netanyahu? It was a powerful speech, and Netanyahu denounced the Iranian nuclear deal and displayed fierce determination to defend Israel in that speech. I have little doubt that Israel will be watching that new Hezbollah tank force very closely, and will attack it if it comes to believe that those tanks are going to be used vs. Israel.

Israel lives in a dangerous region of the world, and as the Iranian presence in Syria grows, it is becoming ever more dangerous. In view of these mounting threats, I’d like to remind readers of the overriding truth in Zechariah 12:1-6 that God promises to defend Judah (the Israelis/Jews) and Jerusalem even if all the nations of the world are gathered against it (verse 6). It does not matter what Israel’s enemies plan against the Israeli nation. It has God’s guarantee that it will survive. Zechariah 14 prophesies that the Israelis/Jews will be engaged in heavy combat in a war at the very end of our age when Divine intervention occurs. God prophesies that the Israelis will have to fight in at least one more war in our age, but God promises the Israeli nation will endure into the millennial age.