WILL DEUTSCHE BANK COLLAPSE–TAKING THE FINANCIAL SYSTEM WITH IT? 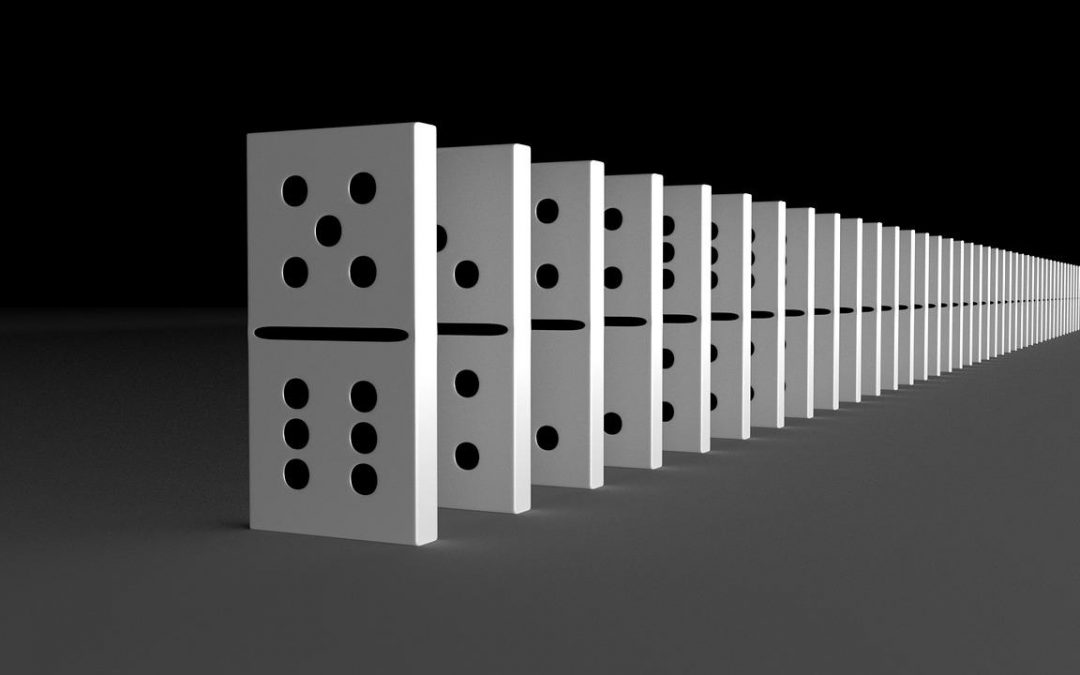 There are a growing number of warnings that we may be nearing a global banking/financial system crisis that will rival or exceed the severity of the 2008 banking/financial system crisis. This is a very serious matter and I hope that you take it seriously as well. There are warnings all across the global media spectrum about the danger that Deutsche Bank might collapse and set off a global crisis just as the collapse of Lehman Brothers triggered the 2008 global financial crisis.

The first four links [1, 2, 3, 4] offer varying perspectives on the crisis, and all focus on how imminent the threat of a financial collapse really is. Deutsche Bank is the biggest bank in Europe and it has counter-party involvements all across the globe with other banks in many nations. This post will not attempt to analyze why Deutsche Bank is teetering on the edge of collapse, but will focus on the consequences of what such a collapse will mean for all of us.

One link describes how money deposited in a bank becomes a liability for that bank because depositors can decide to withdraw their money (either by obtaining cash or simply transferring their funds to another healthier bank via a wire transfer). Banks take your deposited money and loan it out to customers and the loans (with interest payments) become assets for the banks. When a bank is known to be in crisis, as Deutsche Bank is, the risk of depositors taking out their money obviously grows. Historically, when faith in a bank is dying, depositors would line up for paper currency as they withdrew their money. If the rate of withdrawals is severe enough, it causes a classic “bank run.” It is my opinion, that in this modern digital age, the risk of a currency bank run crisis is not as great as the risk of a massive digital “bank run” wherein large depositors can quickly empty a bank of its liquidity by digital withdrawals and transfers. It is clear from the warnings in the first four links that Deutsche Bank may be facing just such a crisis. The failure of a large money center bank is bad enough, but when the bank is one of the biggest players in the global derivatives markets (as one link notes that Deutsche Bank is), it also creates a risk of triggering a global crisis in the massive derivatives markets. One of the links cites famous investor, Warren Buffet, as declaring derivatives to be a “weapon of massive financial destruction.” If Deutsche Bank lacks the funds to honor deposit withdrawals and/or derivatives settlement contracts, the global financial system will be at immediate risk. I’m not a financial analyst, so I urge you to read the first four links on this subject. You can also do a web-search on this subject and find numerous articles from the financial media warning about the global financial risks posed by Deutsche Bank’s woes.

Some articles about this crisis discuss whether the European Central Bank or the German government will “bail out” Deutsche Bank in the event it collapses (much as the US Government and the US Federal Reserve Board teamed up to bail out big American banks in 2008). The second link especially discusses this possibility, and it warns the Euro currency itself may unravel if Deutsche Bank collapses. If the Euro currency itself has an existential crisis of global confidence, it puts the entire Eurozone and even the EU in jeopardy. The European Central Bank and the German government have a disadvantage that the US government and the Fed did not have in 2008. In 2008, the US government and the Fed were able to use US-dollar based tools and actions to bail out and stabilize the global financial system. This was possible because the US dollar was the global reserve currency so massive liquidity could be created out of thin air. The Euro has no such global reserve currency status so European banks cannot create a virtually limitless amount of money to infuse into their financial system as the American authorities could do. Deutsche Bank is not the only global financial risk at present. The banks in Lebanon have been closed as part of national instability there, and a bank run is feared in that nation when they reopen (fifth link). Whether a financial crisis erupts in Germany, in all of Europe, Lebanon or wherever, the sixth link details that central banks are running out of tools to respond to a major financial crisis.

There may be another difference in today’s danger of a global financial crisis that was not present in 2008’s crisis. In 2008, all the financial authorities seemed united to try and stave off the crisis and “save the system.” It is possible that not all global financial authorities will work together today to stave off a global collapse in Deutsche Bank, the Euro or even the larger US dollar-based system.  There is a prophecy in Revelation 17-18 that foretells that a global financial/monetary crisis will strike the entire world in the latter days of our current age. [For abundant “hard” evidence that we are living in this prophesied time, please read my article: Are We Living in the Biblical Latter Days?]  Revelation 18:10-17 describes the global collapse of the world’s money system to where no one can “buy and sell” goods and services, and verses 10, 17 and 19 all foretell the collapse will occur within “one hour” and verse 8 adds it will unfold in “one day.” This event could not possibly have occurred until the entire world had a globally-interconnected, high-tech digital system of banking and finance. We now have such a system, which means some triggering event could cause this global financial/monetary crisis at any time. Will a collapse of Deutsche Bank and/or the Euro currency unit (as warned about in some of the first four links) also balloon into a global collapse of the derivatives markets?

I am not predicting this outcome at his time, but am simply warning that such a huge bank failure could set in motion a cascading series of financial market failures that could fulfill the prophecy of Revelation 17-18. Revelation 17:9-18 warn that the global financial crisis of Revaluation 18 will be aided and abetted by a cryptic alliance of “seven heads and ten horns” who will actively be working to tear down the current global financial system (called “the Great Whore” or “Babylon the Great” in the book of Revelation). These “heads” and “horns” could be heads of government, CEOs of large corporations, private global associations, etc. We may realize who they are when the global financial collapse occurs, or (given the secretive nature of modern governments, mega-corporations, and billionaires), we may never know who the seven heads and ten horns were. We may only witness and experience the collapse that they caused. Since Revelation 13, 17-18 warn that the collapse of the current global financial/monetary system will be followed by a new global political/financial system called the “beast” in Revelation 13 and 17, the “take down” of the current global financial/monetary system may be caused by the very forces who want to install the new beast system on a global basis.

For a more detailed analysis of what biblical prophecy foretells about a future global financial/banking system collapse, please read my articles, Is “Babylon the Great” about to Fall…Ushering in  New “Beast” System? and The Babylonian Origin of the Modern Banking System. In terms of how you and your family can make common sense advance preparations for such a global trauma, please read my article, Should Christians Prepare for Future Hard Times?