Will Congress Limit the Fed’s Independence and Audit Its Decisions? 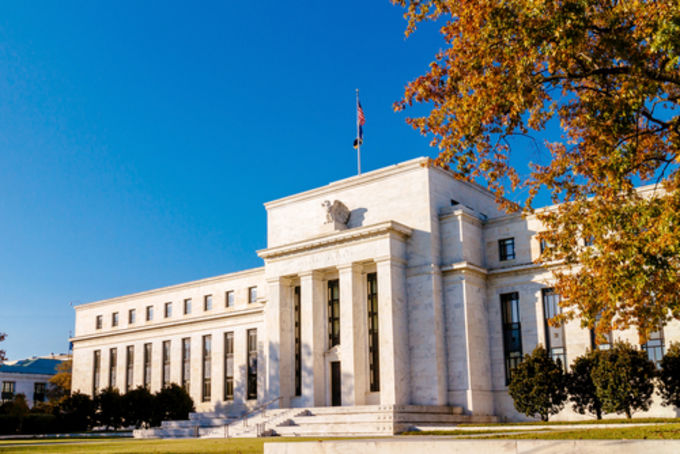 There is a movement in the US Congress to do something that is receiving very little media attention. The US Congress is again considering legislation to limit the independence of the Federal Reserve Bank concerning its decisions re: the US money supply, interest rates, etc. and to also subject the Fed’s interest rate decisions to audits. Fed Chairwoman Janet Yellen recently testified before a congressional committee and Republicans on the committee “pointedly told Yellen that she should realize that changes are underway with Republicans in control of the White House and both the House and Senate” (first link). The legislation being considered would “limit the Fed’s independence by requiring the central bank to follow a numerical formula for setting interest rates and subject the Fed’s interest rate decisions to audit by the General Accounting Office, the auditing arm of Congress” (first link).

To the Federal Reserve Bank and the entire global insider elites, this is most unwelcome news, and you can expect they will do all they can to stop this from happening. The second link details more about the legislative process that would have to occur for this to become law, and the obstacles are considerable. While passage in the House is more likely, a Senate vote would currently require 60 votes, which is not as likely. There is also an issue to deal with in the House. There may be a number of Republicans there who would have voted in the past for bills to limit or audit the Fed because it was popular with their constituents, but they did so knowing President Obama would veto it so they did so without any real sense of commitment to it. Now they will be put on the spot since this legislation might be signed by President Trump. Also, it may be possible to find Democratic votes for this bill in the Senate as approximately ten Democratic senators are running for re-election in 2018 in states that voted heavily for Trump and the Republicans in 2016. Even Leftist senators such as Bernie Sanders and Elizabeth Warren may vote for it as they have railed against Wall Street and the insider financial establishment which benefits the elites.

There is another flaw I see with the legislation as it is reported. If Fed actions are required to follow a specific “numerical formula,” then it it is a simple matter for the insider elites to “game” the new law. They can simply have the governmental agencies and private statistical entities “invent” the statistical results the Fed needs to allow it to do whatever it wants to do. This already has been happening for a long time. The third link is from www.shadowstats.com, a statistical watchdog site which monitors and reports the degree to which the US federal government understates the national unemployment and inflation rates to make the government’s performance look far better than it really is and to understate how bad the domestic US economy really is. If you check the third link’s data, you will see that while the “official” unemployment rate is about 5%, the real unemployment rate is about 23.5%, and while the “official” inflation rate is about 2.4%, the real inflation rate is hovering around 6% . You can see from the charts at that website that the government has essentially been “lying” about the unemployment and inflation rates all through the Clinton, George W. Bush and Obama administrations. The US Congress has been very compliant in all this deceit as the false statistics make them look good too. Since the government’s bureaucrats have a long record of deceit in reporting critical financial data, I’m sure they will report in the future whatever the Fed and its insider allies want them to report.

The Fed is long, long overdue for firm government oversight and forensic audits of its decisions and actions. Many people do not realize that the Federal Reserve Board is not a public agency nor is it a part of the federal government. It is a private bank and its ownership shares are all held by commercial banks in the various Federal Reserve Bank districts, and it even can pay interest to its shareholder banks from the “investments” the Fed makes (as detailed in the fourth link). That explains much about why the USA is in such a mess. The Fed is not administering financial policy decisions for the benefit of US citizens or the nation as a whole [I don’t think it has any legal obligation to do so]. It makes decisions based on what is good for the banking system in general and its private shareholder banks specifically as well as for the collective global insider elites. For balance, I’ve enclosed the Fed’s own description of its composition and mission (fifth link), and its parsing of words gives readers a different perception of its reality without actually lying. The fifth link includes an exposé of the Fed’s statements in the last link.

From a biblical perspective, this could be important as an audit of the Fed which exposes its insider connections and actions could tear down the confidence of the masses in the global economic system. Yet that is exactly what Revelation 17-18 prophesies will occur in the latter days of our age. Revelation 18:3 foretells that a global financial/monetary system run for the aggrandizement of an interconnected group of governmental insiders (the “kings of the earth”) and private global corporations (the “merchants of the earth”) will experience a sudden and catastrophic collapse near the end of the latter days. It is my personal opinion that politicians know that the whole global economic system might collapse if the masses ever realized how the public and private bosses of the world create unbelievable wealth for themselves while the masses live in poverty and the middle class disappears.

A true audit of the Fed is unlikely, but not impossible. After all, the insider elites in government, the media, the pollsters, etc. were all positive that Donald Trump would lose to Hillary Clinton in the US 2016 elections. Guess who is in the White House? The same insider elites who were convinced that Trump couldn’t possibly win the White House are now likely all convinced that the Fed will never be audited or exposed. Stay tuned.

For much greater detail on the above topics, please read my articles, Is Babylon the Great about to Fall…Ushering in a Global Beast System?, Are We Living in the Biblical Latter Days? and The Babylonian Origin of the Banking System.