Will California and New York States Divide into Multiple States? 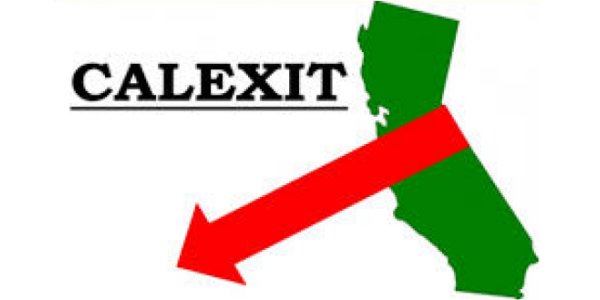 As readers of this blog know, what happens to or within the USA can have a major effect on how prophetic fulfillments will occur. The USA is the most powerful nation among the many modern nations descended from Abraham, Isaac and Jacob/Israel. Abraham was promised that he would be the father of “many nations” (Genesis 17:4). The Jews/Israelis are descended from Judah, one of the twelve sons of Jacob/Israel, but there are many other modern nations descended from these three biblical patriarchs besides the small Israeli nation, as readers of my books, articles and blog posts realize.

Below the radar of most Americans is an interesting development that could have huge future ramifications for American politics. There are serious efforts in both California and New York state to subdivide both states into several successor states. Some readers may have heard of the Calexit movement, which began as an angry reaction by liberals to the election of Donald Trump as US President. Such an effort could either lead to California dividing into two states or leaving the USA entirely. Such a move would have to be approved on a statewide ballot, but, as the first link notes, either action would dramatically help conservatives in the USA. If California left the USA, liberals would lose their biggest bloc of Democrats in the US House of Representatives, almost guaranteeing Republican control of that body indefinitely. If California splits into a coastal liberal state and an interior conservative state, the new California state would have two US senators (presumably they would be conservatives). I think the US Congress would have to agree to either change for California’s status, and such approval is not likely.

The second link offers comment on this effort from a California point-of-view, and reviews some abortive secession efforts in the past. There is a historical precedent for a state dividing into two states with the federal government’s approval. When the US Civil War broke out, the state of Virginia joined the Confederacy. However, the  interior counties of Virginia refused to join the Confederacy and they “seceded ” from Virginia to stay in the Union. The federal government welcomed these consolidated, pro-Union Virginia counties into the Union as the new state of West Virginia. It will interest readers to notice (in the first link) that UK political personality, UKIP founder Nigel Farage, was in California to campaign for the Calexit vote.

What very few readers likely realize is that there a region of Upper New York State (which is much more conservative than New York City) that has begun a movement to secede from New York state and set up their own jurisdiction. I wasn’t entirely clear from the third link‘s story whether a successful statewide vote on the matter would result in a new American state or merely a subdivided administrative region within New York state. The voters of the state of New York already have the right to vote on such an issue and have done so in the past. Of the two state reorganization/succession options for California and New York, the New York option is the more likely to succeed in my view; however, the odds against either of them succeeding are long. A poll on dividing New York shows that voters familiar with this option favor the separation by a 3-1 majority; however, most voters are not aware of the matter (third link).

Ordinarily, I would dismiss either option as a fool’s errand. However, we live in very unusual times, and unforeseen events could occur which we ordinarily would never think possible. Our USA population is bitterly divided between two conservative and liberal halves while moderate independents between those two blocs are steadily dwindling in numbers. If the liberal and conservative sections of California and New York decide to divorce from each other, there is at least a small chance that this could happen.