Will an English “Brexit” Vote Lead to a Breakup of the EU? 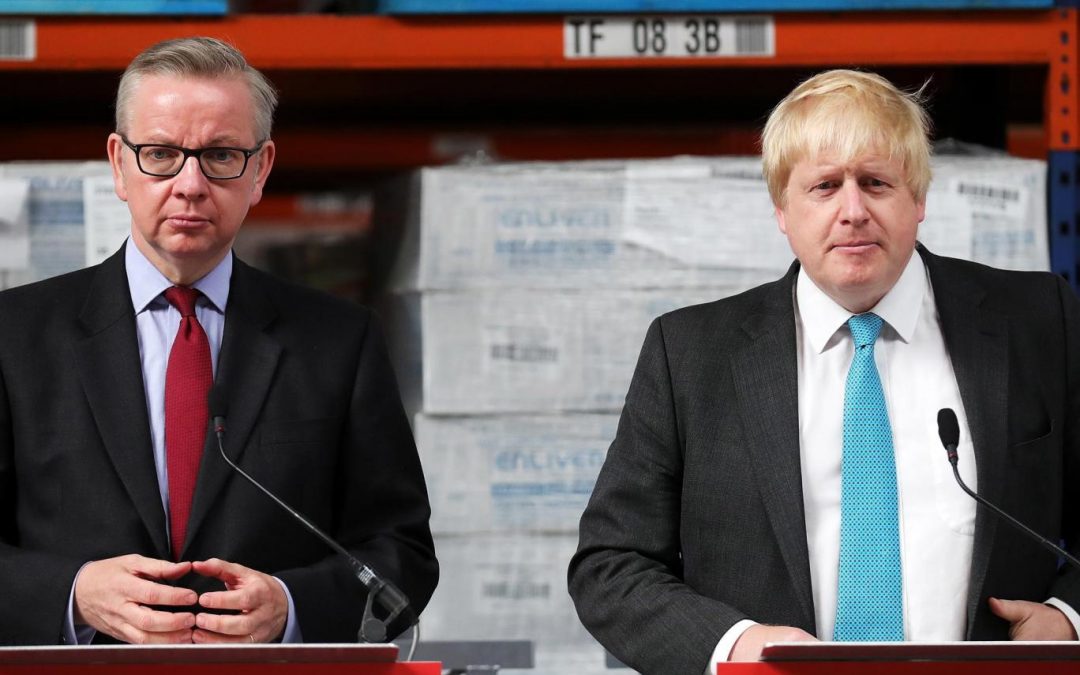 Mark the date of June 23rd on your calendars. That is the date on which British voters will decide in a national referendum whether to remain in or leave the European Union (EU). The campaigns by both the “Remain” and “Leave” sides have been vigorous, and, until now, the polls have been very close on the issue. However, in a shocker, the “leave” side has opened up a ten-point lead in the latest poll (first link). If this most recent poll result is an accurate indicator of what will occur on June 23, a British “Brexit” from the EU will have major ramifications not just for the UK and Europe, but potentially for the entire world. Of course, the recent poll may be an outlier, but it does indicate that the “Leave” side of the issue currently has the momentum leading up to the referendum. In what may be an important part of the poll, it shows that those who favor the “Leave” side are more likely to vote on June 23rd, which offers even more hope to the “Leave” camp. Two of the primary reasons for many in the UK wanting to leave the EU is the arrogant and controlling dictates of the unelected bureaucrats in Brussels, and fears that the EU’s liberal internal travel policies will lead to more Islamic immigrants pouring into the UK. Proponents of staying in the EU assert that membership in the EU is essential for trade deals and economic reasons.

There has been little coverage of this important impending event in the American media– which is obsessed with every nuance of the American presidential election campaign. However, the New York Times did do a story on how the English media is covering the referendum (second link). The British tabloids can be very brash in their coverage of topics and the article is interesting for that perspective alone. It is clear that the British establishment elites are for remaining in the EU, and their primary spokespersons have been Prime Minister David Cameron, former PMs from both parties, the financial elites, US President Obama and the other EU governments. Leading the “Leave” side are the popular outgoing Mayor of London, Boris Johnson, Nigel Farage, the leader of the UK Independence Party, some of PM Cameron’s own Conservative Party cabinet members, and, according to one British tabloid headline, Queen Elizabeth herself. The “Remain” side has proclaimed many dire consequences about what will happen if the UK leaves the EU, but some of their claims appear so overwrought that their overreaching may actually have backfired on them and helped the “Leave” side (third link).

If the British vote to leave the EU, there will have to be a gradual exit set in motion to ensure as orderly an exit from the EU as is possible for the UK to implement. I suspect that German Prime Minister Merkel and the EU bureaucracy will be furious, and they may try to make the British exit as difficult as possible. If that occurs, it is just as likely to stimulate more “exit” votes inside remaining EU nations as cow them into submission to the EU bureaucrats, as it would reveal a dictatorial side to the EU planners’ agendas. Indeed, a number of EU nations are already so strongly asserting their national security needs in protecting themselves from a tidal wave of Islamic immigrants that they are acting independent of the EU’s hitherto pro-immigrant polices. Austria, Hungary, Poland and Balkan nations are already bucking the EU’s policies on immigration and it wouldn’t take much to move them to leave the EU as well. Greece almost became the first EU nation to leave the EU as it considered a “Grexit” over its onerous debt restructuring requirements. While it is possible that no more nations will leave the EU, a British exit will certainly make more exit referenda likely in more EU nations. However, if there is a Scottish sentiment to leave the UK to join the EU, the Scots may want to wait to see it the EU itself survives the aftermath of a British exit from the EU.

If more EU nations also leave the EU if a Brexit occurs, the viability (and survivability) of the Euro currency will be called into question. At the very least, the IMF would likely have to call a meeting to restructure reserve currencies’ percentage participation in the SDR (Special Drawing rights) “basket” of currencies involved in international trade deals. China, which is throwing its weight around more in the world, will surely demand a larger share for its currency in the SDR calculation. A currency exchange rate crisis could ensue, which could lead to a loss of faith in fiat currencies altogether. At some point, China, Russia, India and Saudi Arabia may opt to move to currencies backed by gold, silver and natural resources. It is no secret that the eastern nations have been aggressively accumulating gold and silver, and I think they have an agenda far deeper than just like to accumulate shiny metals. If this happens, fiat currencies could tank and the price of precious metals could skyrocket. Since China already has a new Shanghai precious metals exchange that is involved with the setting of global gold and silver prices, China is positioned to implement any agenda it wishes regarding the metals and commodity markets.

Revelation 17-18 prophesies that in the latter days of our age, the world’s financial/monetary/commercial markets will experience a global crisis that, based on the prophetic language, sounds like an inability to buy and sell anything. A currency crisis, where people lose faith in fiat currencies, could certainly cause such a result. The prophetic language in Revelation 18 sounds like a crisis in which merchants are unable to sell anything any more. It doesn’t predict world populations will lose the desire to buy the whole gamut of goods and service available on the world market, but rather that they cannot buy or sell them. This sounds like a crisis in the value of money itself so that transactions cannot be accurately or reliably priced or executed any longer. Such a crisis could lead to the collapse of the entire global political/financial/monetary system, and Revelation 17 foretells that a new global “beast” system will be implemented globally to restore world trading systems which will include a new world currency. Revelation 13:11-18 prophesies that this new global currency will be imposed on everyone, and Revelation 13:1-5 foretells that the Creator God will terminate the global “beast” system after it is in force for 42 months. During much of the beast system’s existence (which will feature a political leader called the “beast” and a religious leader called the “anti-Christ” or “false prophet”), God will send two powerful prophets called the Two Witnesses (Revelation 11) who are prophesied to be able to control the weather, turn water to blood and plague the nations or their peoples “as often as they will.” The book of Revelation prophesies the latter days will climax with the return of Jesus Christ who sets up a Millennial/Messianic Age government that will last for a 1000 years (Revelation 19:11-20:4).

I believe God will, at a time of his choosing, fulfill his biblical prophecies, but I never set dates regarding when they will be fulfilled. However, at some point, some “trigger” event will set in motion a series of events which fulfills all these prophecies.

Watch the UK vote on June 23rd carefully and then watch what happens in the aftermath of the vote if the “Leave” side wins. We will see if this British referendum is a domino which sets in motion the falling of many other dominoes or whether the “Remain” side wins and nothing much happens. However, as the tidal wave of Islamic immigrants continues and as the crime waves and terrorist acts that follow in its wake continues, European politics will be steadily roiled no matter what happens in the Brexit vote. Anti-immigrant and anti-EU parties are gaining popular support all over Europe, and it may be inevitable that some will be voted into power and take their nations out of the EU. In the background, Russia, China and Iran (and all enemies of the West) will be watching too. They know that it is possible that if the EU falls apart, NATO may not survive as an alliance, and all such confusion in the West will make the Russian-Chinese-Iranian alliance much stronger in the world. Expect them to help foment chaos in the Western alliance’s nations.

For additional reading on the above topics, I recommend the articles, Are We Living in the Biblical Latter Days?, The Two Witnesses, Is Babylon the Great about to Fall…Ushering in a Global Beast System?, and The Babylonian Origin of the Banking System. All of them examine these topics in considerably greater detail. We live in momentous times, and the Bible’s prophecies foretold them in considerable detail. Indeed, they are already coming to pass…as prophesied. There is no reason why you shouldn’t see now what the Bible has to say about these events…before they occur.