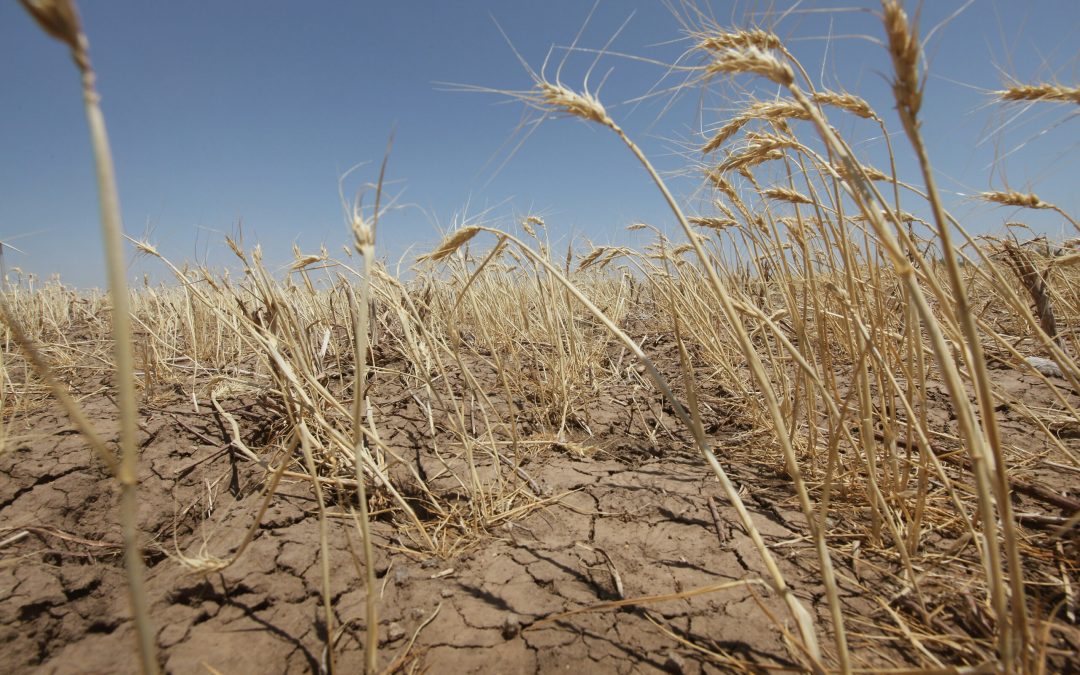 Given the global traumas precipitated in 2020 by the Covid-19 pandemic and compounded by the economic hardships caused by government-imposed lock downs, many people have been hoping that 2021 will be a better year when things “get back to normal.” However, an alarming warning has been issued by a UN agency that monitors the global food supply. The head of this UN agency has warned that 2021 is “going to be catastrophic,” and that we face “the worst humanitarian crisis since the beginning of the United Nations” (first link). The visual at the top of the first link’s article fittingly shows the black horse of famine described in Revelation 6:5-6. The UN was founded in 1945 so this warning means the world is facing a looming food crisis which is expected to be the worst in at least 75 years.

The UN warning adds that “famine is knocking on the door” unless an “unforeseen miracle” averts the crisis. The first link describes the combined impacts of freakish weather, droughts and “colossal armies of locusts” in causing the famine to come into being. It even focuses on food insecurity spreading in the USA and it adds that 50 million Americans faced food insecurity in 2020–citing the long food lines that occurred in our nation during this year. Let’s examine some of the factors that are bringing the planet to the edge of a global famine.

Drought was one factor cited by the UN as hastening a global food shortage. A truly remarkable percentage of the earth’s land mass is currently in various stages of serious, severe and extreme drought (second link). A long stretch of drought-affected nations stretches from Indonesia to West Africa. The third link offers a map which shows the extent of the spreading drought in North America. Notice how severe the drought is in the western United States, including the agricultural growing regions of California. A drought in the entire western USA also shrinks the water supplies in rivers and reservoirs so there is less water to drink in the major urban areas of the western USA. I can attest that the drought has worsened considerably since that map was prepared. My home city of Sioux Falls, South Dakota is now in an expanding region of “extreme drought” amidst an entire region of varying degrees of drought. It has been approximately two months since we have had meaningful rain, and the local river after which our city is named, the Big Sioux River, is dropping to low water levels that I haven’t seen in decades. A vast amount of crops are grown in the Midwest and Plains States each year, and if the drought continues, American agricultural production could plummet in 2021.

Now let’s consider the locust plague situation mentioned by the UN and about which I have posted several times. Despite the lack of attention given this subject in the major media, this crisis is worsening, not improving. My previous posts described the locust plagues affecting East Africa, the Arabian Peninsula and eastward into the Indian subcontinent. The locusts swarms have now expanded into many South African nations as well. Zambia, Namibia, Botswana, Zimbabwe and Angola have now also been plagued with locust swarms (fourth link). It seems inevitable that the locust swarms will spread southward through the nation of South Africa until they reach the Atlantic and Indian Oceans. The locust swarms go through stages of adulthood, egg-laying, “hopper” status and back to adult swarms. The fifth link and sixth link demonstrate some of the locust swarms’ progression and where they are expected to regenerate and migrate. So far, nothing is stopping the swarms of locusts from reforming and spreading to even further distances.

The seventh link delineates the scope of the problem globally. It opens by asserting that approximately a billion people are threatened by malnutrition. It lists 800 million as facing chronic undernourishment, 135 million at worse levels of risk and that perhaps as many as 130 million that could be facing starvation by the end of this year. Its written on the technical side, but it does document how wars and regional geopolitical competitions of all kinds jeopardize not only food production but these factors also disrupt the food supply distribution systems. The link includes two very useful charts: world maps showing the caloric reductions per person being faced in the world’s nations as well as showing which nations face the greatest threat of mass food shortages and even starvation. When one considers the history of the human race on earth, it needs to be realized that a population that is facing a major food shortage will not starve quietly but will go to war to obtain the food it needs. Such wars will chill the willingness and/or the ability of nations to distribute and share food.

Not long ago, I wrote a post that offered a new perspective on the oft-cited but largely misunderstood chronology of Archbishop Ussher concerning the age of human beings on the earth back to the Garden of Eden. His chronology dates time back to the fall of mankind in the Garden of Eden, not to the Creation Date itself. His chronology also says nothing about the actual age of the greater physical Universe. The revised perspective I offered regarding his chronology offers a possibility that we have entered the final seven year prophetic period that will bring our age to a close. This prophetic period is described by Jesus Christ in Matthew 24, and the opening phase of that climactic time is called the “beginning of sorrows” (verse 6-8). Famines and pestilences are two of the signs that mankind is entering that period, as are wars, rumors of wars and earthquakes (seismic activity). There are no shortage of wars. A short but fierce war was just fought in the Caucasus region between Azerbaijan and Armenia and now a civil war is occurring between the Ethiopian government and its own Tigray province. The Covid-19 global pandemic surely fulfills the prophecy about pestilences affecting the world, and now we are told that we may be facing the worst global famine in over 75 years.

Have we entered the “beginning of sorrows” phase of the final seven years? I do not claim to know for sure, but I wouldn’t bet against it. We need to “watch” world events very carefully more than we ever have before (Luke 21:36). The future may hold some very dramatic events in the next few years.