Why Is Turkey Attacking the USA’s Kurdish Allies in Syria and Iraq? 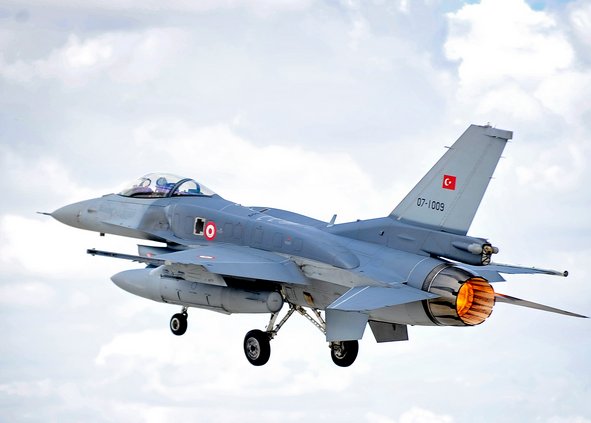 Just when you think things can’t get any more bizarre in the Mideast, events become even odder.

I think all of us remember the many media stories about the Kurds in Syria and Iraq being the only effective “boots on the ground” against ISIL/ISIS? We all remember the many media reports of the Kurds in their autonomous region in northern Iraq generously sheltering all types of people from all religious groups and tribes (Sunnis, Christians, Shiites, Azidis, etc.) who were fleeing the madness of ISIS? I think we all remember the heroic Kurdish defense of Kobani, Syria from the attacking ISIL/ISIS terrorists and the fact that the Kurds on the ground have often teamed with the US air force in attacking ISIS positions. I also think we all remember the bizarre film clips of battles raging inside Kobani while Turkish tanks were within sight of the city and were obviously ordered by the Turkish government not to do anything to harm ISIS’s forces.

Turkey has entered the war raging in Syria and Iraq, but in a very bizarre fashion. While the Turkish air force sometimes does attack ISIS positions, it seems to usually attack the Kurds, the USA’s allies on the ground. The first link reports on a wave of recent additional attacks against Kurdish forces in Syria and Iraq. The second link confirms that Turkey’s attacks vs. the Kurds fighting ISIS inside Iraq has been happening since July of this year.

I’d like to pose a question: Why is the Turkish air force now acting increasingly as if it were ISIS’s air force? Turkey has perennially had violent problems with sectarian conflict with the Kurds inside Turkey, but the reported Turkish air attacks vs. the Kurds are occurring inside Syria and Iraq where Kurds inside those nations are fighting ISIS–those Kurds are not fighting the Turks at all. Every time Turkish jets attack Kurdish forces inside Syria and Iraq Turkey is acting as an ally of ISIS. That is simple logic.

I recall a media story that US A-10s were going to be positioned at a major Turkish air base to attack ISIS formations. I have not yet seen any media stories that the A-10s have actually flown any missions vs. ISIS from any Turkish air base. Is President Obama ever going to insist that they fly some missions vs. ISIS’ armored vehicles or were they sent there “just for show?” Why did President Obama withdraw US naval support from the Kurds when he withdrew a US carrier from the Persian Gulf and did not replace it with another carrier? Are we going to witness the insane absurdity of US planes flying from Turkish bases to attack ISIS forces while Turkish jets from the same bases fly missions in support of ISIS by attacking the Kurds? Also, why did Obama send US A-10s to a Turkish air base where they will likely not be allowed to fly any meaningful missions vs. ISIS? If Obama was serious about fighting ISIS, he would assign the A-10s to fly from friendly Kurdish airports in northern Iraq. From there the A-10s could wreak havoc on ISIS. Apparently, Obama doesn’t actually want that to happen.

Let’s consider a few factors. It has long been reported that Turkey has been allowing many foreign fighters to slip across its borders to join ISIS. I recall seeing a cable-TV news report (I think it was on Al Jazeera America) showing that the southern Turkish border was being left open for anyone to cross and join ISIS. The reporter was standing at the border and no Turkish border guards were visible anywhere for as far as the eye could see in any direction. I think all readers recall media stories that reported ISIS was making money selling oil from captured oil fields on world markets. How did they get that oil to the world marketed? There is no friendly border across which ISIS could have shipped its oil to world markets other than across Turkey’s border. Somebody inside Turkey had to be making money from any such shipments.

The entire world needs to ask Turkey a question: Whose side are you on in the war against ISIS? Remember the secular adage: “Actions speak louder than words.” It parallels the biblical advise found in Matthew 7:20: “By their fruits you shall know them.”

There is a very real danger here that I think few appreciate. Turkey is still a NATO member, and NATO’s members are all bound to go to war to support any of its members attacked by another party. Now that Russia is flying numerous air strikes in the Mideast and Turkey is supporting ISIS by attacking Kurdish forced fighting ISIS, there is a chance that Russia and Turkish jets could open fire on each other. Will Turkey demand all NATO nations join it in fighting Russia if Russian jets fight with Turkish jets that are helping ISIS by attacking the Kurds? Will Latvia go to war vs. Russia because Turkish fighter jets were deployed to attack the enemies of ISIS and got tangled up with some Russian jets? Hardly.

Turkey’s de facto support of ISIS forces helps explain why it is taking so long to defeat ISIS. If there had been any serious effort to defeat ISIS, they would have been defeated long ago.

My advice to the Kurds? Have your diplomats contact the Russians and coordinate Russian air force attacks vs. ISIS positions with Kurdish ground actions. Russia is serious about waging war in the Mideast vs. ISIS and all groups fighting Assad. That means their interests converge with the Kurds whenever and wherever the Kurds are fighting ISIS. If the USA isn’t serious about using its warplanes vs. ISIS, the Kurds may soon be driven into the arms of the Russians by necessity.

Keep watching the Mideast. It is likely to get even stranger. Speaking of which…

In a related subject that confirms major geopolitical shifts are occurring in the Mideast, the final link reports that a Jordanian cleric has issued a fatwa that Muslims/Palestinians are not to kill Jews. The same link reports that another Jordanian cleric earlier stated that “Allah had given the land of Israel to the Jews and that there is no such thing as ‘Palestine.'” It also reports that a Jordanian sheikh called for Jews to be able to pray on the Temple Mount. Would you have seen such headlines a few years ago? I think that this is another indication that Israel and the Sunni nations of Egypt, Saudi Arabia, Jordan, etc. are moving toward becoming open allies against Iran and all its proxies. I suggest that they call the Kurdish leaders. I think the Sunni Kurds would like to join such an alliance. If such an alliance does develop, Turkey will become an “odd man out” in the Mideast.