Why Is the “Never Trump” Movement so Terrified of a Trump Presidency? 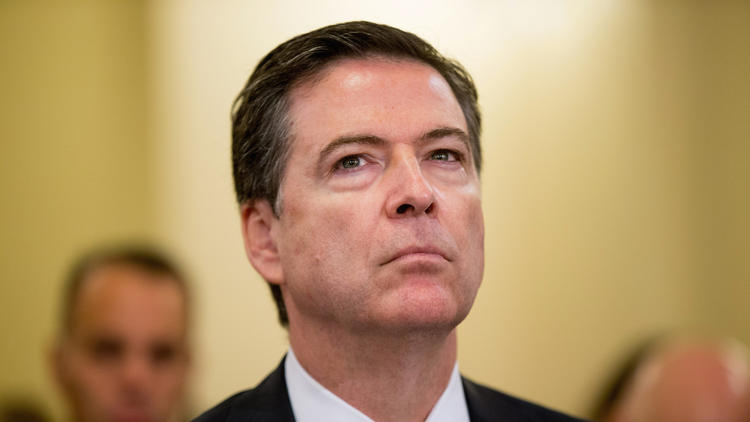 Late-breaking media reports reveal that the Clinton camp and the establishment elites are trying a last minute, desperate “hail Mary” effort to stop a Trump presidency. They are now asking that the electors to the Electoral College be given a “briefing” about possible Russian involvement in the US presidential election before they cast their electoral votes in little more than a week (first link). Certain parties within the CIA are reported to be behind these dark hints of Russian efforts to sway the US election, but there are also reports that the FBI and other high sources in the US intelligence community do not see any evidence of any Russian interference in the US presidential election (second link, third link and fourth link). This so-called CIA report reeks of political intentions in my view. Why? Not only because there are high voices in the US intelligence community that dispute the CIA report, but because of the timing of this report as well. If there had been credible evidence of Russian interference in the US election for some time, the US intelligence community would have seen it before the election. That no such report was aired until just before the Electoral College meets is very suspicious timing, in my view.

Many American presidential election cycles have come and gone over the decades of my lifetime and I’ve never seen the incredibly tenacious and “last ditch” mentality of the Far Left, virtually the entire media and the entrenched establishment politicians of both parties to stop Donald Trump from becoming president. It was evident throughout the GOP primary season, but it reached a “scorched earth” degree of hostility during the presidential election as the establishment elites pulled out all stops to help Hillary Clinton win the presidency. Remarkably, not one living Republican president or presidential candidate (with the exception of Bob Dole) endorsed Trump for president and all (except Dole) boycotted the GOP nominating convention. One GOP presidential candidate, Mitt Romney, did all he could to vilify Trump and persuade voters to vote against him for president. On election night, the Left and the elites were either stunned into denial or apoplectic that Trump won. The elites were furious that the American people didn’t obediently vote the way the elites had ordered them to vote.

Did the Left and the elites adopt the usual cordial and graceful acceptance of the election returns the way past losing presidential candidates and their camps have done when they were defeated? Not at all! The devious and deceitful mechanisms utilized by the Left and the elites have been truly amazing. A “Green” candidate, Jill Stein, who many Americans never even realized was on the ballot, who received barely 1% of the vote and who had trouble raising enough funds for a presidential race during the campaign suddenly was flush with millions of dollars to fund recount requests in Wisconsin, Michigan and Pennsylvania (which were won closely by Trump). Stein issued statements with high-sounding goals about ensuring the vote was accurate, but she never alleged that there was any election fraud of any kind as she pursued her recount requests in the states and in federal courts. However, the real intent of her recount requests was made apparent, in my judgment, by two realities. The first was that Hillary Clinton openly joined Stein’s recount effort in Wisconsin, strongly indicating to me that Hillary Clinton was behind this recount effort all along and that Clinton’s deep-pocket donors were funding it. The second reality was that Stein requested recounts only in states won narrowly by Trump; she refused to ask for recounts in states won narrowly by Clinton (such as New Hampshire and Minnesota). Her recount requests were entirely one-sided. The delayed nature of her requests also indicated to me that her efforts were as much to delay the recounts past the deadlines for certifying Trump’s electors from the challenged states as to overturn the results.

What became of the recount efforts to reverse the electoral votes of these three states or to prevent Trump’s electors from being certified from them? Let’s review the results. The recount effort in Pennsylvania was stopped by a federal judge just today (fifth link). The federal judge in his opinion stated that there “were at least six” reasons why Stein’s recount petition should be denied [I’ll bet one of them was the fact that Stein did not file her recount petition within the legal deadline.], and he also stated that allegations of a hacked election “border on the irrational.” However, today’s leftist/elite media reports bordered on hysteria in trying to invent some basis for using an imagined Russian involvement in the election to still try to stop Trump. The media failed to report the federal judge’s finding that such allegations “bordered on the irrational.” Oh, well. Being rational is not something the leftist/elite media are often accused of being.

The Michigan recount effort was stopped by a federal judge soon after it started (sixth link). It is noteworthy that the recount was halted in spite of evidence of substantial vote fraud occurring in Michigan. The election fraud had nothing to do with phantom Russians hacking election returns; it was actually discovered that the election fraud occurred in precincts where Clinton supporters had managed to greatly inflate the number of actual votes cast for Clinton. The seventh link lists many web links that a Google search found documenting the major vote fraud that favored Hillary Clinton in Michigan. The eighth link cites one specific link discussing the pro-Clinton vote fraud that was revealed in Michigan.

There is evidence that vote hacking efforts did take place in the election, but it was not by any Russians. The state of Georgia found one culprit who was trying to hack into the Georgia election results. Guess who the culprit was. It was the US Department of Homeland Security that was caught trying to hack into the Georgia election returns according to the ninth link and tenth link! Did you not hear about this vote hacking by a US federal government agency in the US presidential election? The leftist/elite media wouldn’t want you to know that it was the US government, not the Russians, that were caught trying to hack the presidential vote. Which candidate would Obama’s Department of Homeland Security have been trying to help in such hacking efforts? I’ll bet you can guess the answer.

Oh yes. What happened in the Wisconsin recount effort? Virtually nothing. The final link confirmed that only minor changes in vote totals occurred and that Donald Trump officially won Wisconsin’s electoral votes.

Call me cynical if you wish, but I find it not coincidental that the sudden allegations of so-far imaginary Russian involvement in the US presidential election surfaced right after the recount efforts in the three states of Wisconsin, Michigan and Pennsylvania failed to help what I regard as the Clinton/Stein efforts to steal the 2016 election. Interestingly, the efforts by the Left, the insider elites and the Clinton camp alleging Russian hacking into the US presidential election were suddenly made right after the recount efforts showed no such Russian hacking occurred in the states of Wisconsin and Michigan. If they didn’t occur in states Trump won closely, they certainly didn’t occur in states that Trump won by wide margins. The allegations of imagined Russian involvement in the US presidential elections have no basis in fact. Indeed, the links confirm the only hacking was done one of Obama’s own federal agencies and that vote fraud worked in Clinton’s favor in Michigan.

This last-ditch effort by the insider elites to stop a Trump presidency will likely fail for many reasons, not the least of which is the fact that there is no hard evidence to support any charge of any Russian involvement in influencing the US presidential election. So why is there such a desperate effort to stop a Trump presidency that just keeps on resurfacing via ever more ludicrous and desperate efforts? What follows is my theory.

It was Lord Acton of Great Britain who stated a famous axiom that goes something like this: “Power corrupts; absolute power corrupts…absolutely.” The insider elites have had absolute power ever since the Reagan presidency ended. All Republican and Democratic presidents and administrations since have been in the globalist, insider elite camp and they have had every confidence that no one would ever examine the secret ins and outs of what they did behind the scenes both in matters of national policy and in personal side deals. I think the wisdom of Lord Acton’s axiom applies in this situation. The insider elites are terrified of a Trump presidency because he and his appointees will find out the degree of corruption and outright criminality that has existed in the globalist, insider elite governing crowd for the last three decades. We have had many revelations of corruption by major financiers and insider banks in rigging and manipulating all kinds of financial markets, but the insiders rarely ever get charged for the crimes they committed. A Trump administration can find out just how much market rigging, insider trading, public-private collusion, illegal influence peddling and outright bribery has really been going on. I’ll bet a lot of high-ranking officials are not only afraid of losing power; they are likely also afraid of being targeted by major felony charges as well if the truth gets out. Charges of treason against some government officials are not out of the question as Trump’s new team takes charge of the federal government’s secrets. I think that is one reason why so many globalists in foreign governments have also exhibited terror at the thought of a Trump presidency. They also have a trove of secrets they do not want to be discovered and publicized.

Indeed, if the Trump administration’s new legal investigators and officials do discover all of the international elites’ dirty laundry and make it public, it will shake the world’s political institutions and governments to their very foundations. The Bible has a prophecy that indicates my suspicions are likely correct. Isaiah 1-4 are a prophecy about the state of society in the nations descended from the ten tribes of Israel as well as the house of Judah in the latter days. The USA is the major nation descended from the ten tribes of Israel in today’s modern world, so this prophecy applies to us (see my books and article, The USA in Biblical Prophecy). Isaiah’s prophecy likens the latter-day rulers of Israel’s tribes to those of Sodom and Gomorrah (Isaiah 1:10), and that their “princes” are “companions of thieves” and that “every one of them loves gifts [bribes] and follows after rewards” (Isaiah 1:23). God also tells the nations of latter-day Israel’s tribes that their leaders “cause them to err” (Isaiah 3:12). I suggest you read the first four chapters of Isaiah and see how much they remind you of today’s western nations and societies.

Donald Trump has promised to “drain the swamp” when he takes office. I doubt even he imagines how deep and pervasive the swamp really is in Washington, DC. However, the long-time insider denizens of the swamp do know how deep and dark their swamp really is…and they are going to every possible length and artifice to make sure Donald Trump does not find out what they know about their insider “swamp.” That is my opinion.