WHO BLEW UP THE NORDSTREAM ENERGY PIPELINES? 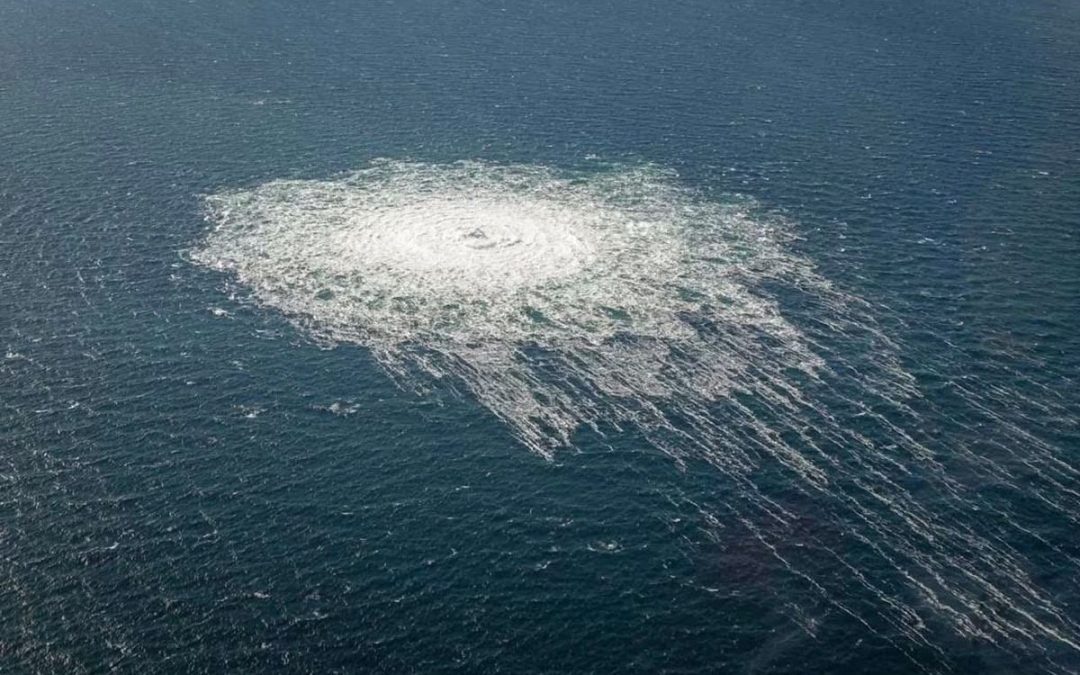 European nations were already facing a winter with greatly reduced energy supplies as a result of the Russian-Ukraine war, but the situation has suddenly become much worse for Europe’s nations and people. A couple days ago, the Nordstream Pipelines which were built to carry Russian natural gas to Europe were hit by explosions which rendered the pipelines unable to transport any natural gas to Europe. Indeed, the explosions were so strong that they registered on earthquake seismographs in various nations. It is possible and even likely that the Nordstream 1 pipeline which carried at one point 40% of all imported gas supplies into Europe has been destroyed and may never carry gas again. The Nordstream 2 pipeline was new and not yet operational, but it may now never be operational. Europe is facing a winter of significant crisis. Nations such as Germany and Italy had depended on Russia for about 50% of their natural gas supplies so they are facing a severe energy crisis situation.

Almost immediately, nations were openly asserting or wondering whether the explosions were deliberate acts of sabotage. There is obviously extensive damage as the released natural gas is bubbling to the surface in prodigious quantities. Germany, Denmark and Poland have asserted it had to be sabotage, and nations such as Norway, which is an energy producer, are beefing up safety measures to ensure their North Sea energy installations are not harmed as well. All indications point to Russia as the nation which blew up the pipeline, but it cannot yet be proven. In cases of mysterious attacks, one always asks the question: Who benefits from such an attack on the pipeline? In this case, the only regional beneficiary of the attack is Russia. No European nation would want to blow up a pipeline on which they depend for energy. However, Russia had every motive to do such a thing in light of the Russian-Ukraine war. The war has gone badly for Putin and Russia as the USA and NATO nations in Europe have supplied Ukraine with massive infusions of weaponry and technology to fight off the Russians, so Russia has a clear motive to harm Europe.

Ukraine has launched a counter-offensive which has driven Russia out of thousands of square kilometers of occupied Ukrainian territory. Faced with fresh Ukrainian victories, Putin has been raising the stakes. He has indicated he might possibly use tactical nuclear weapons in the war. If he does that, Russia will be a pariah nation on the planet and Ukrainian agents will surely hit Russia with a wave of terrorist attacks all over Russia, and a cycle of escalation could make this a much wider war with NATO nations openly fighting Russia (and most likely its vassal ally, Belarus). Russia has also called for 300,00 fresh conscripted troops to fight in the war–causing a wave of hundreds of thousands of young men leaving Russia any way they can to not be drafted to fight in what is increasingly an unpopular war.

Russia is now able to cause much pain to the NATO European nations which are supporting and supplying Ukraine’s war effort. Russia can now say “We can’t send any natural gas to Europe any more due to the pipeline being destroyed” without admitting it was actually responsible for the blasts.  If Russia did do this attack, I think it qualifies as an indirect act of war against Europe’s NATO nations as European nations face rolling blackouts of electricity during the winter and factory closures due to energy shortages. If this happens, the appetite in Europe for continued support of Ukraine will steadily wane. Depending on each nation’s energy situation, Europe’s nations will likely divide into those who want to support an indefinitely long war inside Ukraine and those who want Ukraine to settle for a negotiated agreement which gives Russia part of Eastern Ukraine. Dividing Europe and NATO serves another Russian goal. The first five links (1, 2, 3, 4, 5) examine this issue from varying perspectives and all are worth reading. The second link is a video report which is particularly thorough in discussing the matters discussed above and more besides.

A crisis point is being reached in the willingness of the USA and NATO to endlessly support Ukraine. So much weaponry has been shipped to Ukraine that the USA and NATO nations are fast approaching a point where they can no longer support Ukraine’s insatiable demands for more weaponry. The USA and NATO nations are quickly burning through their own war reserves and I think some nations are already reaching the breaking point of being able to send any more weapons to Ukraine. There is much sympathy in the West, deservedly so, for wanting to see Ukraine drive all Russians out of its territory, but at some point national leaders in the West will have to tell President Zelenskyy that he must pursue a negotiated end to the war which leaves Russia in possession of part of Ukraine’s eastern territory. Ukraine will not like it, but such an end-game is almost surely inevitable. Russia also cannot pursue this war indefinitely. Russia is consuming its war stocks at an alarming rate and losing many trained soldiers. The fact that so many Russian males are leaving Russia to avoid Putin’s draft also proves the war has become very unpopular inside Russia. At some point, Putin will risk being overthrown by his own oligarchs, military leaders, etc. if he continues this war.

There is actually a precedent for how the Russian-Ukrainian war might end. In 1939-1940 early in World War II, the outnumbered Finns fought a short war against a vastly larger Russian invasion force. The Finns fought bravely but reached a point where they had to end the war. To preserve their independence from Russia, Finland agreed to yield 11% of Finnish territory to Russia (sixth link). The comparison is not completely similar to modern Ukraine’s position, but there is a firm reality that nations cannot wage war forever. All wars end with either a negotiated settlement or a clear victory by one party. Some European leaders may already be advising President Zelenskyy to negotiate an end to this war while Ukraine is in a relatively strong position. However, Putin may decide to widen the war and attack NATO on a broad front. While that would serve no one’s interest, national leaders can do some very dumb things when under great pressure. That is how World War I started. Forensic investigations will be done on the damaged Nordstream pipelines, and if Russia is proven to be responsible global tensions will rise–particularly if Europeans shiver in their homes during a cold winter. This pipeline destruction almost surely indicates that Russia is raising the stakes to at least force a settlement of the Russian-Ukraine war, but Putin could run out of time. The exodus of males from Russia when Putin announced a draft shows the Russian people no longer support Putin’s war.

One of the biggest losers in this war is former German Chancellor, Angela Merkel. Her entire career was based on the assumption that the Russian bear had been tamed and that Russia would never again attack another European nation and would never cut off energy supplies to Germany and Europe. Now that Russia has done both of the things Merkel’s assumed were impossible, Germans (and Europeans) will have Merkel to thank when they shiver in cold homes and workplaces this winter. I believe Merkel will be seen as a foolish and naive leader when the history of our time is written.

From a biblical point of view, this worsening of the crisis in Europe is hardening the divisions between the Western alliance led by the USA/NATO and the Eastern alliance led by Russia and China. This is further paving the way for the eventual fulfillment of the prophecy in Ezekiel 38-39 that in the latter days of our age an alliance led by Russia, China and Iran will attack the Western nations led by the USA and NATO. Reading my articles, Are We Living in the Latter Days? and What Ezekiel 38-39 Reveal about a Future World War III will shed much biblical light on the troubled current state of global geopolitics and the destinies of many nations.  The seeds of a future World War III are already growing in the current Russian-Ukraine war.