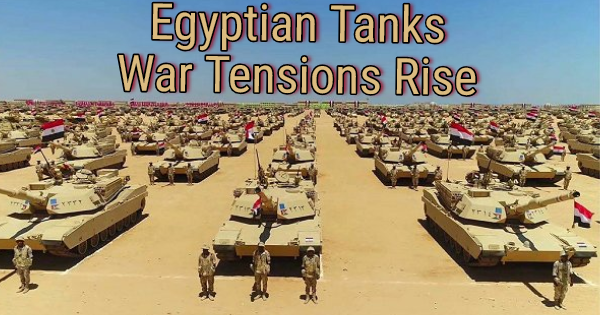 The news cycle in the USA is being so dominated by the presidential election and coronavirus issues that many important international matters are being all but ignored. This post is intended to give readers a warning about how close the Eastern Mediterranean region is to sliding into a war that could involve unusual alliances. If a worst-case outcome were to happen, it is possible that NATO nations could be firing on each other and large Sunni Islamic nations could also go to war against each other. Hopefully, this will not happen, but the chances are real enough that the nations in that region are getting worried. To give readers in-depth perspectives on this worsening crisis, I’ll cite some atypical sources as western media lack informative coverage of these events.

The first link from Al Jazeera, a prominent Islamic/Arab media outlet, offers readers a documentary from a Mideastern perspective on the worsening crisis that is emerging from the on-going Libyan Civil War. Libya has been in a state of civil war for years since Col. Qaddafi was overthrown by NATO for reasons that were not entirely clear. The movie, 13 Hours: The Secret Soldiers of Benghazi, is about the chaos that prevailed in Libya in the aftermath of that confusing NATO action. In subsequent years, two main factions have emerged to compete for control of Libya. The forces in the Western part of Libya are called the Government of National Accord (GNA), and the forces in Eastern Libya are the Libyan National Army led by General Haftar. The GNA is backed by Turkey, Italy, and a UN action. The Eastern forces under General Haftar are backed by Egypt, Russia, France, Greece, and the UAE. As you can see, there are NATO and Arab Sunni nations on either side of this civil war. The first link’s documentary gives a background of how this war has unfolded, but the current crisis has been precipitated by the GNA forces receiving armed support from Turkey. This has pushed General Haftar’s forces eastward, causing Egypt to publicly threaten to intervene in the war on the side of General Haftar.

The second link contains valuable information about the players in another separate but overlapping crisis in the Eastern Mediterranean. I must offer a word of caution before you read it. It is from an openly socialist website so its perspective is slanted by that political persuasion. I rarely cite socialist links, but this one has enough specific background information in it that it is a useful link on the subject. Please realize that I do not share its socialist opinions. With that having been said, the second link examines the very complex set of players and allies in the effort to develop oil and gas fields in the Eastern Mediterranean region. Greece, Cyprus, and Israel are developing a large oil field near Cyprus, and Egypt and France are allies in their venture. Turkey is trying to assert a claim to part of this large oil field and develop it in cooperation with Libya’s Government of National Accord. Turkey has sent warships to back its claim and France and Greece have formed a naval alliance that confronts Turkey’s claim. This crisis pits NATO members France and Greece vs. NATO member, Turkey. It also pits Islamic nations backing Egypt against those backing Islamic Turkey. This crisis involves oil companies from Europe, Russia, the USA, Israel, etc. and it involves several competing and planned oil pipelines. Obviously, there is a huge amount of money at stake in these energy fields and pipelines. The link asserts Russia has taken control of Syria’s claims in this energy field, and that Turkey has placed “Syrian Islamist mercenaries” into Libya to fight in the Libyan Civil War. The term “Syrian Islamist mercenaries” sounds like a euphemism for Hezbollah to me. Hezbollah is, of course, a tool of Iran in the region. If Hezbollah forces have been positioned into Libya by Turkey, it means Turkey is cooperating with Iran and that Iran is seeking a foothold of influence in North Africa. This will predictably put Israel in Egypt’s corner to confront any Hezbollah forces inside Libya. The link also mentions a “bitter dispute” between Italy and France in this Eastern Mediterranean crisis–another internal NATO fracture point.

The third link is from the same socialist website as the second link, but it also has enough raw information to provide useful background information on this growing confrontation of many nations in the Eastern Mediterranean. It describes a crisis where Greek and Turkish military forces came close to opening fire on each other, and that it was the intervention of German Chancellor Merkel that averted an open conflict by her direct call to Turkey’s leader, Reccip Erdogan. It is also well-reported in the world media that Turkey and Greece have another point of constant confrontation regarding immigration issues. Turkey has absorbed millions of refugees from the Syrian Civil War and has periodically tried to “dump” them on Europe via Greece. Greece and Europe have accepted some refugees, but Greece’s willingness to host any further such refugees is pretty much at an end. This also brings up a religious flashpoint. Turkey is hosting many refugees but those refugees are fellow Muslims. Greece is an Orthodox Christian nation, and its culture (and Europe’s) is being destabilized by a huge influx of Muslim refugees. The Covid-19 crisis also affects this issue as the economies of all nations are under stress, and few have extra resources to fund care for more refugees.

The fourth link focuses on Turkey’s claims and military moves in the Eastern Mediterranean, and the fifth link offers commentary and excellent photographs of a combined French-Greek naval exercise in the region to deter Turkish militarism. As you will see, the dangers of open military conflict in the region are growing, and external nations are trying to prevent this from happening. The current claims of an alliance between Turkey and the GNA faction in Libya and the claims of the French-Greek-Cypriot alliance are not currently compatible. One would think that with so much energy money at stake in the region, a way would be found to acceptably divide up the energy-field wealth in a way that all nations involved can accept. However, there is no guarantee such a peaceful exit from the crisis will be found.

Readers will notice that while the USA has companies involved with this energy field, American forces have so far steered clear of direct military involvement in the disputes in the Eastern Mediterranean. However, the USA has been very involved diplomatically–recently midwifing a very important Israeli-UAE pact in which these nations will extend full diplomatic relations with each other and cooperate in many ways. France quickly acted to approve the Israeli-UAE deal (sixth link), and in the aftermath of the Beirut mega-explosion, France’s Emmanuel Macron was mobbed by Lebanese people seeking his help when Macron visited Lebanon, and the seventh link reports that circa 60,000 Lebanese have signed a petition to have France assume control of Lebanon as some kind of Protectorate of the French nation to restore stability in Lebanon. This is not an impossibility as France did administer Lebanon as a  French Protectorate from 1923-1944. If such a thing actually happened, Hezbollah would find itself sandwiched between French and Israeli forces. I have seen media speculation that Sudan, Oman, Morocco, and Tunisia may soon join the UAE in establishing diplomatic relations with Israel. I noticed one mention in a cable-TV report that Israel is now negotiating formal overflight rights with Saudi Arabia so passenger flights can take place between Israel and the UAE.

It is clear that major changes could be in the offing in the Eastern Mediterranean region. The ties between the Sunni nations and Israel are clearly growing stronger and Greece is becoming more allied with Egypt, France, and Israel. Turkey wants a larger role in the region, but its loyalties are suspect. If Turkey helped Iran move Hezbollah fighters into Libya, it is hard to see how fellow Sunni nations or NATO nations will be able to trust Turkey. It needs to be remembered that the USA still has “trip-wire” forces in the Mideast in the aftermath of the successful war against ISIS, and some of these American forces recently had a live firefight with terrorist factions inside Syria (eighth link).

The Eastern Mediterranean region is a geopolitical stew of competing interests and shifting alliances. There are prophetic possibilities in these developments that bear watching. The more Sunni Arab nations establish friendly relations with Israel, the more likely it is that an agreement will occur allowing the Jewish nation to construct a new Jewish Temple somewhere on the Temple Mount. This could trigger the fulfillment of several biblical prophecies. Please remember that it is when a new Jewish Temple is being measured out for construction that the Two Witnesses are sent by God into the world scene (Revelation 11:1-3). When this happens, we will know that we are in the final phases of this current age. The Two Witnesses will be martyred by the forces of the “beast” system at the end of their ministry, so this means the beast system will have to overthrow the current “Babylon the Great” system in a huge global monetary/financial “reset” of some kind. Believers need to stay flexible as prophesied events will overtake the world very quickly at some point. I never “set dates,” but the pace of major world events is quickening, arguing that major prophesied events are drawing near.

For more in-depth information on the above subjects, please read my articles, Are We Living in the Biblical Latter Days?, The Two Witnesses and Is “Babylon the Great” about to Fall…Ushering in a Global Beast System?