“Wall Street Is Morphing into a Land of Confusion” 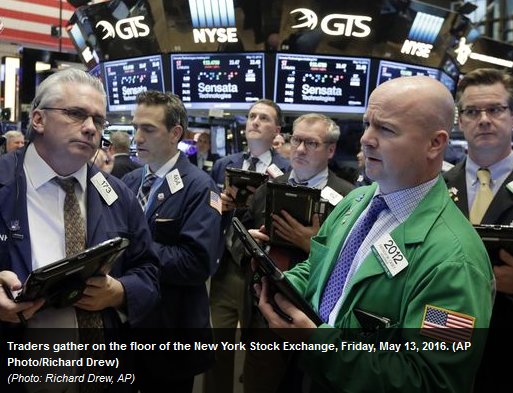 There was a headline in a recent USA Today story that riveted my attention and I thought I would share the reason why with readers. The headline read, “CONFUSION is name of game on Wall Street” (first link) and one of the article’s opening lines included the comment that “Wall Street is morphing into a land of confusion (emphasis added). Why is this important from a biblical point of view? Some of you have already, no doubt, guessed where I am headed with this post.

If you consult a King James Version of the Bible with marginal notes, you will see the note in Genesis 11:9 that the term “Babel” means “confusion.” Other Bible translations may also make that same observation. The term “Babel” is the root word for the name of “Babylon.” My Young’s Analytical Concordance to the Bible renders the term “Babylon”‘ as “confusion” or “gate of Bel.” Even my Webster’s Dictionary defines the term “Babel” as “a confusion of voices” or “a place of such confusion.” The connection between the terms “Babel” or “Babylon” and “confusion” is very strong, and this has very powerful biblical ramifications. Revelation 17-18 describe the latter day global financial/monetary system as “Babylon the Great,” in other words a system of global financial and monetary “confusion.” Revelation 17-18 could have used the phrase “Confusion the Great” as the term by which it described the latter-day financial/monetary system that we now have globally. The headline of the USA Today story could just have easily read, “BABYLON is Name of Game on Wall Street.” Inadvertently, the USA Today newspaper came very close to using the same terminology as Revelation 17-18 to describe our global financial/monetary system. This headline really made the Bible’s terminology come alive in describing Wall Street’s current condition.

The first link’s article includes such language as “Financial markets…just don’t make much sense anymore,” and “Confusion reigns as central bankers…are running the markets right now.” The article cites negative interest rates, quantitative easing (a euphemism for the creation of endless supplies of funny money with which central banks buy up “assets, such as government bonds, corporate debt and even stocks…”), high frequency trading and other insider games. In other words, the investment markets have become a rigged insider’s casino which is managed in a way that benefits only the insiders in either the political or financial sectors (as Revelation 18:3 foretold would happen in the latter-day “Babylon the Great” system).  This is a current theme in the US presidential election as both Don Trump and Senator Bernie Sanders rail about how Wall Street and the current system is “rigged” in favor of the insiders and against the average person and middle class. The first link makes it clear how true their assertion is. The article didn’t even mention the unregulated derivatives markets as another factor that makes global investment markets a rigged insiders’ casino.

In a related story, the second link mentions that Citibank is paying $425 million in fines to “settle civil charges it attempted to manipulate financial benchmarks between 2007-2012.” You can read the second link to see how blatant this manipulation was. As usual in such actions where mega-banks pay large fines for their illegal actions (this genre of stories has become commonplace), I see no mention of criminal prosecutions for the CEOs or bank officials who knowingly perpetrated such illegality. Why does no one seem to get prosecuted for their crimes even as their banks pay large civil fines? Revelation 18:3 has the answer as it predicted the close collusion between the leaders of the private and public sectors of Babylon the Great’s system.

As readers of my blog know, Revelation 17-18 prophesy that this current system called Babylon the Great will experience a global collapse in the latter days and be replaced by a new global system called the “beast” system. How much longer do we have before this prophecy is fulfilled? I do not claim to know, but its fulfillment is surely approaching as the global monetary “house of cards” continues to teeter dangerously. In an ominous, but candid, effort, Japan’s Prime Minister Abe tried to persuade the G-7 leaders to collectively warn that a global financial crisis is drawing near (see third link for menu of stories on this topic). The rest of the G-7 leaders did not share Abe’s candor in admitting to the world that such a crisis is drawing near.

Combining the USA Today’s headline about “confusion” reigning on Wall Street and Prime Minister Abe’s warning about a global fiscal crisis being near, we may not have long to wait until Revelation 17-18 is fulfilled. Again, I set no dates, but the warning signs are getting more numerous that the prophesied collapse is drawing nearer. For a comprehensive review of the prophecy in Revelation 17-18 and how it applies to our modern world, please read my articles, Is Babylon the Great about to Fall…Ushering in a New Beast System?, and The Babylonian Origin of the Banking System.