VOTE FRAUD AND MASS CONFUSION IN THE AMERICAN US ELECTIONS 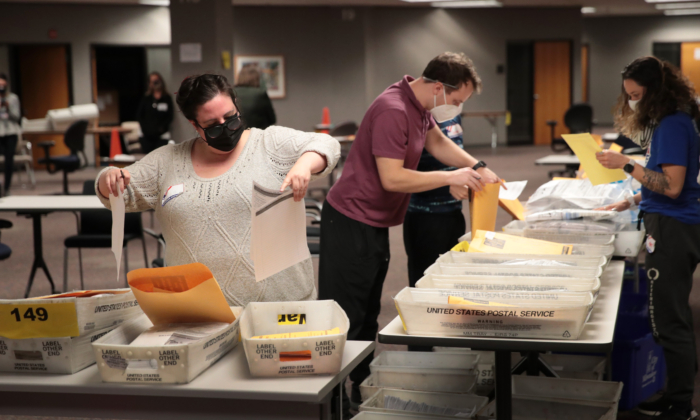 When I went to bed on election night, President Trump had strong leads in many big states and appeared to have been re-elected to a second term. However, I was troubled by reports that big cities such as Detroit, Philadelphia, etc. were refusing to report their vote totals until all the rural and small-town regions were reported first. This made me fear that the Democrat political machines that run the vote-counting process in the large metro areas were waiting to see the margin of victory for Trump on election night so they could miraculously “find” just enough votes in their electoral fiefdoms to give their state’s electoral votes to Joe Biden. When I woke up the next day and checked the election results, my worse fears were confirmed. The “fix was in.” The leftist media was all rushing to declare Biden to be the winner. However, they forgot that media proclamations have no legal weight and have never elected anyone. The Big Media has participated in an attempt to oust Trump via any deceitful means possible (the Russia collusion fantasy, the contrived impeachment attempt, etc.). Given their well-established agenda, the election was just one more “opportunity” to find ways to “arrange” his defeat. The Leftist media is trying to create a narrative that Biden won, and they are suppressing all evidence to the contrary.

My inbox is overflowing with links documenting evidence of extensive vote fraud in many battleground states. This post will offer what I think are some of the most important pieces of evidence documenting this fraud, but these links represent a tiny sample of what has been sent to me. The leftist media is refusing to report or consider these numerous examples of vote fraud because they want to stop a Trump victory at all costs. I invite you to check the links that are provided in this post to see if you can think Biden is really the winner after reviewing these links. I have lived through many US elections, and I can say this is the first time I am convinced this election has been tainted by widespread election fraud. However, some states are starting recounts which will also identify phony and phantom ballots, and court cases will be pursued extensively before this election is over. Keep in mind the election is decided by the Electoral College and no one else. Secondly, the US Constitution gives the state legislatures of each state the authority to determine who their state’s electors will be (US Constitution Article 2, section 1).  It is entirely possible we will witness a Constitutional crisis which sees the US Supreme Court deciding who was actually elected president (as happened in 2000).

The following links will be presented in a rather staccato fashion. Much evidence is in the cited links, but to recite it all here would make this post too long. Therefore, I urge all interested readers to check out the links for the full information they offer. Keep in mind that events are in a state of flux, and some information contained them is subject to legal determination.

The first link cites evidence of widespread vote fraud in Pennsylvania. It asserts that 35,000 mail-in votes were sent and returned via the mail on the same day and that 23,000 votes were received back earlier than they were sent out. Both outcomes are impossible, and I wouldn’t be surprised if all of these bogus votes were for Biden. The second link reports an eye-witness has filed an affidavit that he witnessed voter fraud in Nevada and the link also reports that 600,000 mail-in votes in Nevada still have to have their signatures on file checked against the signatures on the ballots to see if they are valid. The third link reports that the Wisconsin state government ordered local election officials to disobey state election laws in the processing and counting of dubious ballots. The fourth link also reports that a Wisconsin state official ordered illegal ballots to be counted in that state. The fifth link reports that some Pennsylvania voting precincts refused to allow GOP observers in spite of a direct court order that such observers should be allowed. If they were unlawfully counted, why should they be included in the final vote totals? That link also cites reports that in Georgia, many thousands of votes magically materialized at the last minute to give Biden his margin of victory. The sixth link is  short video by well-known political commentator, Dick Morris, about widespread voter fraud and irregularities in Georgia, Wisconsin and Pennsylvania. Georgia is going to have a recount/audit of its ballots, which mans that votes will not simply be re-counted but examined for validity as well. He also cites the Speaker of the Pennsylvania Legislature that state’s electors will not be chosen by the legislature until an audit of that state’s votes occur, and the video notes the GOP Pennsylvania Legislature has stated late votes received after the legal deadline will not be counted while the Democrat-controlled Pennsylvania Supreme Court says late votes can be counted. The Constitution’s giving Legislatures the sole right to determine state’s electors is discussed. Over 600,000 such late votes are in legal limbo.

The seventh link and eighth link reveal something truly troubling. they reveal many votes in battleground states were counted via a software program which is either funded by or has ties to George Soros, Nancy Pelosi and Bill and Hillary Clinton. What could go wrong, right? This software, named Dominion, has been known to falsify votes in Venezuelan election situations, and was caught in a Michigan county falsely turning 6,000 Trump votes into Biden votes. There are 69 counties in Michigan using this ultra-leftist software program to count votes. Obviously, they all need to be forensically audited since one county already found this program turned Trump votes into Biden votes in the counting process. Other states also used this same flawed vote-counting program. The ninth link reveals that there is a Democrat-sponsored program called SCORECARD which utilizes a supercomputer called Hammer to hack election results and alter vote totals. This link asserts that this program was used to alter outcomes in the 2012 and 2016 elections as well as the 2020 election. It specifically charges that this vote-stealing program was used in the 2020 election in the states of Florida, Georgia, Texas, Pennsylvania, Wisconsin, Michigan, Nevada and Arizona. It even cites a legal issue where a secret law was used to conceal the evidence about this vote-rigging system.

I will offer a brief mention of some post-election actions now being pursued, but we are barely beginning the judicial/investigatory portion of the election. The tenth link reports that US Attorney General, William Barr, has authorized the FBI to investigate matters where there is evidence of voting irregularities. In an oddity, the Oregon Director of Elections was fired for revealing how easy it is to hack Oregon’s election system. He indicated it was so antiquated that the election software is no longer even being supported by the companies that originally provided it (eleventh link). The twelfth link reports that Democrat leaders are urging Democrats to move to Georgia temporarily to vote in the Georgia run-off election in January. One problem with this strategy is that it is a felony under Georgia law to do that, so is it a felony for anyone to urge others to commit a felony? If so, any Democrat who does this or any leader who advocates felonious conduct should be subject to arrest. In an extraordinary instance, the attorney-generals of ten states have joined an amicus brief to a legal case filed to investigate/overturn the dubious Pennsylvania election results. That ten states have their top legal official joining a suit to declare another state’s election returns phony is quite remarkable (thirteenth link). Georgia has begun a recount of its votes (fourteenth link), but there is already a report that the recount is a “fraud” because it will not allow Republican observers and it will not check mail-in ballot signatures with signatures on file to see if they are valid (fifteenth link).

This list could go on endlessly, but the above is already enough evidence of vote fraud for this post. I intend to post again on the election result when it finally gets resolved, but I will offer some comments on the outcomes so far. Trump may yet emerge the victor, but the odds are not in his favor, in my opinion. Personally, I think there is no doubt Trump was the actual winner, but court decisions are unpredictable and the Deep State clearly had a plan in place to remove him no matter what the actual outcome of the election truly was. However, it appears the Republican party did unexpectedly well in the elections. The GOP gained 10-13 seats in the US House of Representatives and will have 210-212 seats in the new Congress (218 are needed for control). This outcome is a rebuke to the socialist agenda of Nancy Pelosi and “the squad,” and any further socialist actions by a Biden administration could result in the GOP winning a landslide in the 2022 congressional elections. The GOP has apparently kept control of the Senate, although final control depends on the two run-off elections in Georgia. If a Georgia recount shows Senator Purdue won 505 of the vote in Georgia, he wins a seat and clinches GOP control of the Senate without his needing a run-off. The Republicans won many Senate seats in which they were dramatically outspent by the Democrats. The GOP gained a governorship and also retained control of the majority of state legislatures. It is also likely that the Second Amendment (re: gun rights) survived any serious Democrat/Leftist attempt to gut it. Even if the Democrats obtain a 50-50 outcome in the Senate, some Democrat senators will end their political careers if they vote against the Second Amendment (Senator Manchin of West Virginia being one case in point).

I’ll close with a biblically-based observation. If Joe Biden wins the presidency under a cloud of vote fraud, he will lack legitimacy to govern and will be unable to accomplish much. Other nations will see this too. It is possible that winning the presidency may destroy the Democratic party. Remember from history that when President Herbert Hoover (a Republican) was in office when the Great Depression started in 1929? For decades, the public blamed the GOP for the Depression since a Republican was in office when it began. We know from Revelation 17-18 that a massive collapse of the global financial/monetary system will occur in the latter days of our age. It will result in the destruction of the current global system called “Babylon the Great” or the “Great Whore” in this prophecy. The current global system is Babylon the Great. Its doom is already certain, although we do not yet know the trigger that will cause its sudden collapse. It will certainly involve a collapse of trust in fiat currencies as Revelation 18:10-15 show the merchants of the earth have plenty of goods and services to sell but no one can buy them. This argues for a crisis in the medium of exchange (fiat currencies). None of us know when this prophesied global collapse will happen, but the people and political parties in power will be hated for the rest of the age when it occurs. If God’s timetable is for the collapse to occur in the 2020-2022 time frame, Joe Biden and the Democrats may enter the White House just in time to take the blame for the global collapse. This would mean that the Biden administration may end up being likened to becoming Captain of the Titanic just before it hits the iceberg.

For more in-depth biblical information on the above topics, please read my free articles, Are We Living in the Biblical Latter Days?, Is Babylon the Great about to Fall…Ushering in a Global Beast System?, The Babylonian Origin of the Modern Banking System and Should Christians Prepare for Future Hard Times?