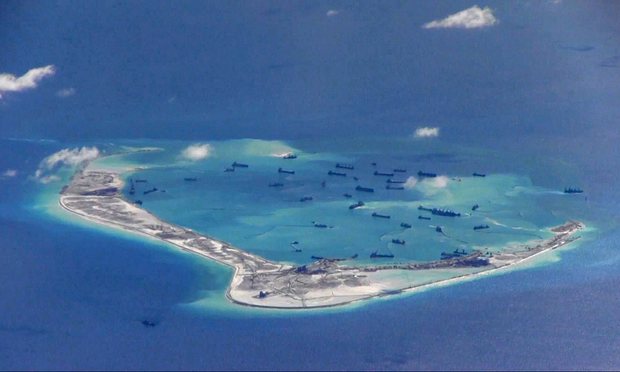 There are reports being released on a variety of websites that Vietnam is deploying Israeli-supplied rockets on a variety of islands in the South China Sea to counter China’s claims to sovereignty over that region of maritime space.  China recently lost a case before the International Court which challenged China’s expansive claims of sovereignty over almost the entire South China Sea, so now is a good time for Vietnam (or other nations) to take militarily defensive actions vs. China in that region. Vietnam and other nations are now able to take military steps to counter China’s claims under the “cover” of the decision by the International Court.

The first link and second link are a bit tentative about whether Vietnam has already installed these rockets in five locations in the Spratly Islands, while the third link‘s report seems more confident the report is a fait accompli. The reports indicate that Vietnam purchased the rockets from the Israelis and have been quietly installing them secretly in the Spratly Islands, located to the east of Ho Chi Minh City (formerly Saigon) in the South China Sea. If this has happened, then this constitutes a major threat to the ability of the Chinese to use their artificially-constructed islands for military purposes. No doubt, one of the first things the Vietnamese military would do upon installing the rocket-launchers is to target their rockets at China’s aforementioned islands so those islands (and their infrastructures) could be quickly destroyed in any conflict.

I find it interesting that while Vietnam is taking military action to create new “facts on the ground” to directly challenge China’s claims in the South China Sea, the USA has taken no such actions. If the USA has done so, no one seems aware of it.

This action makes it all the more likely that Vietnam will be part of the Pacific Rim alliance named in Ezekiel 38 that will be Asian, but opposed to the prophesied “latter day” Gog-Magog alliance led by Russia, China and Iran. For more about this alliance and how it can be deciphered from Ezekiel 38’s language, please read my article, What Ezekiel 38-39 Reveal about a Future World War III. While Ezekiel 38-39’s prophecy is about a great global war which will occur as the “latter days” end and the Messianic Age/Millennium begins, it is also possible that various regional wars will occur prior to the fulfillment of Ezekiel 38-39’s prophecy. In Matthew 24:6, Jesus Christ prophesied that there would be “wars and rumors of wars” in the latter day period of time that will eventually climax in his Second Coming. The South China Sea region is one of the major flash points around the world where such a major regional war might occur.