USA TO PULL 9500 TROOPS FROM GERMANY; SENDING THEM TO POLAND AND ELSEWHERE 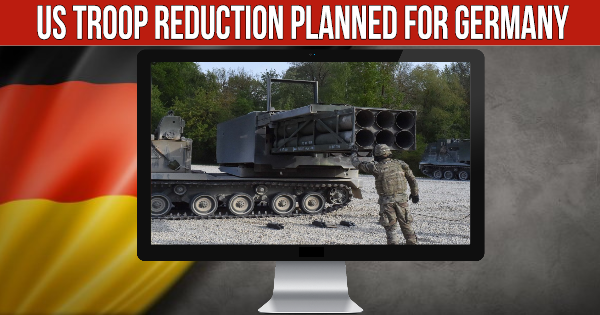 The USA will be repositioning approximately 9,500 troops from Germany to Poland, other allied nations, and back to US bases in North America (first link). There will also now be a cap placed on the number of troops assigned to German bases. A Democrat, an anti-Trump, senator, called the move “petty and preposterous;” however, the senator is wrong as I’ll explain in this post. President Trump is looking at NATO’s big picture while the Democrat senator is looking no further than the toxic political brew in the Washington, DC beltway.


There are indications that Chancellor Merkel and the German government were not notified about the move prior to its announcement. Was this a snub? Yes. if relations are good between nations, this kind of move would not occur without prior consultations. However, Germany and the USA are not on good terms right now. Germany has steadfastly refused to keep its commitment to spend a specific level of its budget on defense spending. Other NATO allies have increased their spending to support NATO’s mutual defense, but not Germany. Germany has acted as if it depends on others to defend it. Because Germany has such a small military, it has little “hard power.” I think Germany is now learning that without hard power, it will also start losing its “soft power.” Merkel has disappointed its NATO allies for years due to Germany’s underwhelming defense spending in the NATO alliance, so perhaps Trump wanted to demonstrate his displeasure in an open way. It is also possible Germany’s Merkel provoked this action by Trump. The USA was to host this year’s G-7 meetings and Merkel recently peremptorily announced she would not come to the USA for the meeting. If Merkel let Trump learn of this via the newspapers rather than via diplomatic channels and prior consultation, then Merkel is “reaping what she sowed” in terms of surprise announcements.

The second link, from the Russian media, reports this development from a Russian perspective, and the wording can clearly be seen as trying to create division within NATO. It does, however, acknowledge that Poland will “welcome” the US troops transferred to Poland from Germany. Poland has long indicated it wants more US troops stationed in that nation to give it more security against a Russian attack. The German media shows there is even more to this story. The transfer of US troops to Poland is part of a new “defense pact” signed between President Donald Trump and President Andrezj Duda of Poland (third link). This deal will draw the USA and Poland together as allies even closer than they already are. It also reports 1,000 US troops will be moved to Poland and the other 8,500 troops will be transferred either to other NATO bases in Europe or to bases in the USA. No specifics have been released yet about which other NATO nations will host the moved US troops.


This development bears comments on several levels. The first is that American-Polish ties are strengthening while American-German ties are weakening. This action was taken on a strictly bi-lateral level between the USA and Poland (and other NATO nations not yet named). Did you notice who was not involved in or consulted about this action? The EU was treated as if it did not exist, regarding European military matters. Technically, that is appropriate as the EU has no military role in Europe’s defense–that role belongs to NATO. The EU was just marginalized. There is another clear strategic plan that is visible. NATO’s forward defense is slowly but steadily moving eastward. Before the Soviet Union collapsed, the eastward border of NATO was West Germany’s border with East Germany, so it was logical to have lots of US troops forward-deployed in Germany. However, after the Soviet Union fell and Eastern European nations that were once unenthusiastically in the Warsaw Pact enthusiastically joined NATO, NATO’s eastward border of a possible confrontation with Russia moved far to the east and is now on the eastern border of Poland and the eastern borders of the Baltic states of Latvia, Lithuania, and Estonia. The geographic reality is that Germany is now more of a rear-guard member of NATO, and there is no longer a reason to keep so many US troops in Germany. This trend could even accelerate. Russia has been forging cozy relations with Turkey and is obviously trying to coax Turkey out of the NATO alliance. Russia wants Turkey as an ally (or at least a friend) to enable Russian ships to more easily enter Mediterranean waters. However, NATO has a counter-plan if this happens. If Turkey leaves NATO, NATO is almost surely going to accept Ukraine as a NATO member. If this happens, NATO’s eastern border will suddenly take a great leap even further eastward. NATO could potentially place cruise missiles in eastern Ukraine and the eastern Baltic states that could reach St. Petersburg, Minsk, Moscow, Volgograd, and many Russian military bases. This would greatly weaken Russia’s strategic position, and would justifiably make Russia more threatened. However, this would not be a provocative act on NATO’s part. Russia already has many NATO cities and bases within range of Russian cruise missiles stationed in the enclave of Kaliningrad located between Poland and Lithuania. If NATO puts similar cruise missiles in Ukraine or the Baltic states, it will simply be evening the odds. Last year, I offered an in-depth analysis of this Turkish-Russian-NATO-Ukrainian situation and I enclose it as the fourth link in this post.


In terms of global politics, the pieces are being re-arranged on the global chessboard. This is occurring in Europe, Asia, the Indo-Pacific region, etc., and it was all prophesied to occur. The Bible has many prophecies about the latter days of our age, and those who pay no attention to those prophecies will find themselves blindsided by future events.  There are two massive power blocs forming in global geopolitics. The eastern bloc is composed of Russia, China, Iran, North Korea, the “-stan” nations of Central Asia, Cuba, etc. The Allied bloc is composed of the NATO nations, Israel, India, Australia, Japan, and (increasingly) Sunni Islamic/Arab nations and other Indo-Pacific nations who do not want to be occupied and ruled by Communist China. These two blocs of nations were prophesied circa 2500 years ago in biblical prophecies to come into existence in our time.  Ominously, the Bible prophecies indicate these two blocs will come to blows in a titanic World War III when the Russian-Chinese-Iranian bloc attacks the western Allies. To see abundant evidence that the biblical prophecies do apply to our time, please read my article, Are We Living in the Biblical Latter Days? To see in-depth information on the many biblical prophecies that reveal how this future World War III will begin, unfold and end, please read my article, What Ezekiel 38-39 Reveal about a Future World War III. If you do, you will see what the Creator’s plan has already destined for the future of the world’s nations.


My thanks to a reader for sending me one of the cited links.