USA to North Korea: the “Clock Has Now Run out” 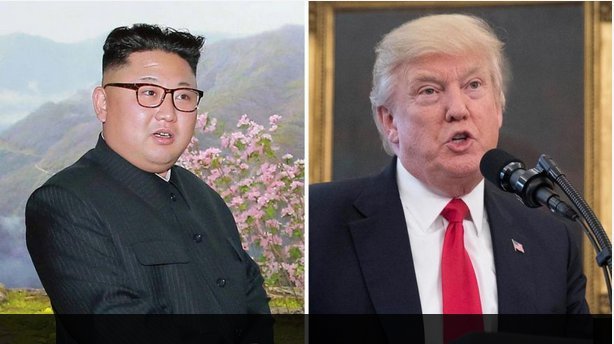 Not long ago, I posted an examination of the possibility that a military preemptive strike by the USA (and possibly Japan and South Korea) on North Korea was becoming a possibility. It now looks like that if current events continue to run their course, the odds of such a strike are rising.

The first link reports the USA is warning that the “clock has now run out” on the ability of the USA to wait on China to exert pressure on North Korea to force it stand down its nuclear weapons and missile-delivery programs. North Korea has launched a series of missiles with varying ranges as it continues to develop a means of delivering nuclear warheads upon the USA and its allies. Obviously, the USA cannot wait until the last minute to negate North Korea’s nuclear and missile programs. It must act well before North Korea has the ability to launch a nuclear missile at the USA and destroy one or more US cities.

This growing crisis caused by North Korea is worsening at a time when China’s President Xi Jinping will be having what is essentially a summit meeting with US President Donald Trump  (second link). Besides the crisis with North Korea’s nuclear militarism, potential conflicts in the South China and East China Sea as well as the USA’s gargantuan trade deficit with China will almost surely make for a stressful meeting between Presidents Jinping and Trump. China has enjoyed eight years of being able to bully President Obama with relative ease on many issues, but I’m confident that China will find that President Trump is made of much sterner stuff.

The US position is that China has the ability to get North Korea under control if it decides to do so, and that “If China is not going to solve North Korea, we [the USA] will.” US Secretary of State Tillerson has also issued a stern warning to China about North Korea’s conduct, so China could logically expect some form of ultimatum from the USA regarding North Korea’s nuclear program and its nuclear threats. The third link adds that President Trump is not going to signal ahead of time what the USA will do to stop the North Korean threat or when the USA will take such action. Trump is right not to give an enemy any “head’s up” about possible US actions and any timetable for such actions.

It is possible that the crisis may be averted without military action. That would be a good outcome. However, if China doesn’t decisively step in to stop the North Korean nuclear and missile programs, it appears that the USA will either act alone or in concert with its allies to take unilateral action to protect the USA and its allies from any possibility of a future North Korean attack. China may take an action to defuse the crisis to American satisfaction or China may choose not to take such action because it wants to see what (if anything) Trump will do to actually stop North Korea. China may want a chance to see just how far Trump will go to defend US interests in the Pacific region before China takes further steps to attempt to assert a unilateral control over the South China Sea’s vital international maritime routes. Any military action, if taken against North Korea, will almost certainly be coordinated with Japan and South Korea as any local war in and near the Korean Peninsula could affect those nations greatly.

The Apostle Paul warned in II Timothy 3:1 that “perilous times” would come upon the earth in the latter days, and Matthew 24:6 prophesies “wars and rumors of wars” will characterize the latter day time period just prior to the return of Jesus Christ. Based on the diplomatic statements being made, we are nearing a decisive moment in what the USA will do about North Korea’s warlike actions and intentions. For much documentation that we are living in the biblically-prophesied latter-days, please read my article, Are We Living in the Biblical Latter Days? For biblical prophetic insights into how world events involving the great powers will climax at the end of our age, please read my article, What Ezekiel 38-39 Reveal about a Future World War III.