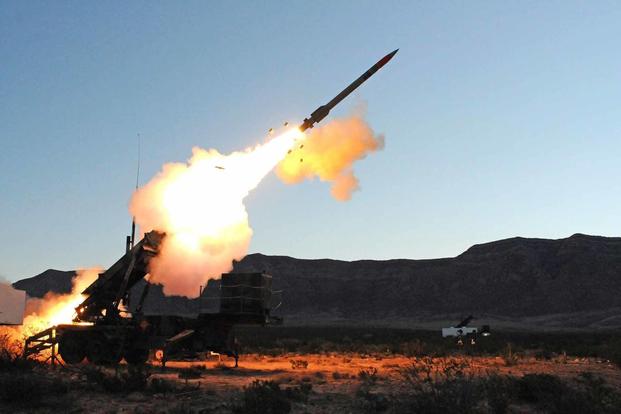 The USA is planning to pull significant military forces out of the Mideast Sunni Arab nations as part of a major re-deployment of global US positioning of its military assets. The first three links (1, 2, 3) offer varying perspectives about this US military pull-out in the Mideast. It must be stressed it is not a complete pull-out, but it is a significant one. Given Iranian militarism, the USA positioned a number of Patriot missile batteries among friendly Sunni Arab nations to help them defend against Iranian attacks. This was a wise policy that was part of the Trump administration’s plan to prevent war in the Mideast. However, with Joe Biden in the White House, the USA is transforming its Mideast policy back to the pro-Iranian policies of the Obama-Biden administration. It was the Obama-Biden administration which entered a “nuclear deal” which benefited no one but Iran, and the Obama-Biden administration inexplicably showered billion of dollars upon Iran either in actual US currency or by un-freezing Iranian accounts in US banks. The Trump administration took a pro-Sunni Arab policy as well as a pro-Israeli policy while it midwifed the break-through “Abraham Accords” which saw full diplomatic and commercial ties being formed between Israel and various Sunni Arab nations. It does seem the policy of the Biden administration is to tilt toward Iran, America’s enemy in the region and to oddly distance itself from the American allies–Sunni Arab nations and Israel.

What the Biden administration plans to do is remove eight Patriot air-defense systems from Iraq, Kuwait, Saudi Arabia, Jordan “and other nations” (first link). I actually agree with pulling such batteries out of Iraq, which is not a US ally and is a de-facto satellite Shiite vassal state to Iran. However, pulling these sophisticated air-defense systems out of Sunni Arab allies will weaken their air defenses without a question. Since the USA has had Patriot systems in Israel as well, the phrase “and other nations” may mean the Biden administration will eventually pull such systems out of Israel also, but doesn’t want to mention it yet. Additionally, Saudi Arabia’s air defenses will be significantly lessened when the USA pulls out a state-of-the-art THAAD air defense system from that nation. The USA states that the military is shifting its positioning of forces to better deter or meet an attack by Russia, China and North Korea. That is actually a necessary shift in policy as the US military has lost or wore out far too many soldiers and military platforms chasing jihadis amongst caves and mountains for many years. However, the Western nations are very dependent on Mideast oil and Sunni military bases, so it is not in NATO’s interests to draw down forces in the Mideast. I do support dramatically downsizing the US footprint in Afghanistan as that entire effort was throwing money and assets away in a hopeless effort at nation-building there.

One consequence I foresee of the significant military pull-out of forces from Sunni nations is that those nations will, due to the necessity of national survival, draw steadily closer to Israel to pursue a logical alliance that affords mutual protection against Iran. This action by the Biden administration makes it more likely that there will be a kind of “Mideast NATO” alliance formed among the Sunni nations and Israel which neither Iran nor the Biden administration likely want to see. It is also clear that the Biden administration is going to be pro-Palestinian and anti-Israel in its overall policies. They won’t state it that bluntly, but that is what the effect will be. Israel will be less able to trust the USA on military and intelligence matters and will be far less likely to share vital intelligence about Iran with the USA than it did when Trump was president. The Israelis will need to take steps to see to their own defense more than ever. The fourth link details a new weapons system that Israel is preparing to deploy. Israel has developed an airborne laser weapon that is clearly designed to shoot down incoming cruise missiles, drones and warplanes. A video of the Israeli system being used to shoot down aerial drones in a real military exercise is included in the fourth link. Of course, no nation reveals the full extent of its actual military capabilities, so there is a question of whether this Israeli laser system can currently shoot down supersonic warplanes and cruise missiles. The aerial drones it shot down in the video looked subsonic to me.

The fifth link relates that Biden plans on decommissioning, over the next several years, 48 warships now active in the US Navy, and the sixth link discusses the Biden plan to even decommission the Aegis cruisers which protect US aircraft carriers. Notice in the list that many US warships are to be “disposed” or “recycled.” I take that to mean they are to be dismantled for scrap. One of the ships scheduled for scrapping is the huge US aircraft carrier, the USS Nimitz. The seventh link details the Biden plan to decommission around 200 front-line warplanes: A-10s, F-16s and F-15s. Also, the US Marine Corps is in the process of losing all its tanks (eighth link). The justification for robbing the Marines of their tanks is to transfer them to the army and use the marines as lightly-equipped smaller units. Personally I think this makes no sense at all. In World War II, the US Marines and the US army both fought large pitched battles and both needed heavy armored units. In any future war, the USA is advertising to its enemies that the marine units, wherever they are in the line, are weak points through which enemy armored units can punch and then flank around US army units.

There is another very glaring bit of foolishness in the Biden plans to decommission US warships and warplanes and scrap them. Any war with heavily armed forces like Russia or China will result in large war losses with lots of equipment destroyed and personnel killed on both sides. The USA will need readily-available reserve forces to protect the US homeland and US interests. If you scrap your reserve military platforms, you will have nothing which with to replace your war losses. In a major war, you will need lots of military platforms which are the same as used by the front-line troops, sailors and pilots so they do not need any down-time to retrain on different equipment. It is rank foolishness to scrap and dismantle any US warplanes, tanks and warships if they are decommissioned. You also need to keep the US force structure at a high level so that you have a large pool of trained personnel to operate the high-tech weapons platforms in use. I also suspect that there may be little opportunity to activate reserve warships or warplanes as they will likely be targeted in the opening stages of any war so they cannot be used at all. They are sitting ducks if parked in the reserve fleet or on airplane “boneyards.” The USA may have to fight a war with whatever forces and equipment it has on the first day of the war as its reserves will be targeted quickly by any enemy before they can be activated and crewed. If the US moves its Mideast Patriot batteries, they better position them to protect the US reserve naval fleet and the reserve USAF warplanes. I sometimes wonder if there are any adults making decisions affecting the force structure of the US military.

There will surely be a World War III and it will feature Russia, China, Iran, North Korea and their allies making a simultaneous, global, “Pearl Harbor-like” surprise attack on US, NATO and allied western forces. It will be designed to be so overwhelming that it will be the war in the first strike. This attack will come at the conclusion of the latter-day period of time which will mark the end of this age in which humans are allowed to govern the earth. You can prove that we are in this prophesied period of time. My article, Are We Living in the Biblical Latter Days?, examines many pieces of evidence that we are in that period of time, based on biblical prophecies. The Bible’s prophecies actually offer many details about the age-ending World War III, which will start with a Russian-, Chinese- and Iranian-led attack, but will end with their complete defeat and near extermination due to Divine intervention in earth’s affairs. These prophecies about the inevitable World War III are detailed in my article, What Ezekiel 38-39 Reveal about a Future World War III. I urge you to do yourself a favor and read it. You need to be forewarned about what is coming.