US Military “On Brink of Collapse” 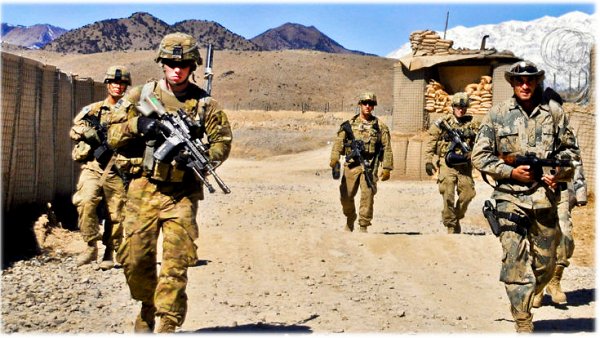 It has been known that President Obama neglected the US military and over-worked its reduced personnel in overseas deployments, but the truth is worse than, I think, anyone suspected. The first link should be read by every American. It details just how weak and depleted outside experts now describe the US military has become. The US military is not ready to fight one major conflict, much less anything more than that.

As you read through the first link, notice the section that ranks the readiness of each branch of the US military. These facts are shocking and most worrisome. It reports that of the US army’s brigades, only ten are “mission ready.” Concerning the US Air Force, only half the 1,159 planes are ready for combat, and USAF planes are relying on retired aircraft for cannibalized parts to stay operational. Of the US Marine Corps’ 23 battalions, only half are ready for combat. The worst news involves the US Navy. Of the Navy’s force of 272 warships, only one-third are ready for combat. That means we, effectively, have only about a 90-warship navy at present. I can recall when President Reagan called for a 600-ship US Navy, and he provided real weapons and maintenance for the warships that were then being built. In my opinion, President Obama is guilty of gross neglect of the USA’s national security in allowing the US military to degrade so badly on his watch. Incoming President-elect Trump has called for the US military to be strengthened and rebuilt. He couldn’t possibly be more right in that assessment. Indeed, when he becomes commander-in-chief, he may find out the situation is worse than is being reported. The US military situation is so bad that it could invite aggression against US/western interests now before Trump can rebuild the military to acceptable levels.

Speaking of the US Navy, things have gotten so bad that, for the first time since World War II, there are no US aircraft carriers deployed and on-station anywhere in the world (second link and third link). Nada. None. Why hasn’t the American media reported on how bad the “stewardship” of Barrack Hussein Obama has been re: US military security in his term of office? I think we already know the answer to that question. I think Obama was more interested in using the US military as a uniformed petri dish for his endless experiments in political correctness than in protecting the nation.

Meanwhile, the alliance of Russia, China and Iran, about which I have warned for three decades, is now so obvious that secular observers and commentators are mentioning it (fourth link). These three nations are building up their militaries at a rapid pace while Obama has been steadily weakening the US military. As long-time readers know, I’ve warned and written for three decades about the alliance of Russia, China and Iran (and other nations) that was prophesied in Ezekiel 38:2-6 to come into existence at a time at the end of this current age called “the latter days” in biblical prophecies. That prophecy has been fulfilled already before our eyes, and the fact that a 2,500 year-old prophecy from the Bible has been accurately fulfilled in modern geopolitics ought to give everyone a reality check about whether the God of the Bible is real or not.

President-elect Trump has a huge mess to clean up when he becomes commander-in-chief. Thankfully, he can do a lot to build up our military branches and equipment just by reallocating federal dollars in a rational manner. The fifth link reports that a recent study of Pentagon spending has identified $125,000,000,000 in wasted expenditures. These monies could all be re-directed to expanding the fighting forces in each branch of the US military, and getting all our current military equipment ready for combat as well as starting to build new weapons systems. The security of the nation comes first in all federal priorities. I hope President Trump will cancel all kinds of politically-correct expenditures and experiments in all the departments and agencies of the US government to divert those dollars to equipping the US military to be a first-rate power again.

The degradation of the US military is so bad, in my viewpoint, that Trump will need to (A) take stop-gap actions to get the military strong again quickly and (B) invest in new weapons programs to give the US military a truly high-tech array of weaponry for the future.

I have a few suggestions re: how to accomplish the first goal cited above. I’ve seen recent reports that the US Defense Department has over a million civilian employees and a little over a million uniformed personnel in all uniformed branches. How could such an asinine “tooth to tail” ratio ever have been allowed to develop? I see no reason why at least half the civilian positions couldn’t be deleted from the payroll and the money diverted to building up the uniformed personnel total to normal force strength levels. Trump has signaled his disgust at the inflated price-tag for the F-35 fighter plane. He could do what President Reagan did when he replaced President Jimmy Carter, who bequeathed to Reagan a “hollow military” like what Obama is handing off to Trump. Carter had cancelled the B-1 bomber program, but Reagan restarted it. Even so, Obama cancelled the proven and capable F-22 Raptor warplane production line, but perhaps Trump could restart the construction of more F-22s (if the tooling still exists somewhere). He could also reactivate hundreds of recently-built warplanes and warships which were retired early with a lot of service life left on their airframes and hulls. Doing so would put a lot of military equipment back into operation quickly that would require very little time compared to starting new planes and ships “from scratch.” Trump should also make sure that all electronic systems on all weapons platforms are invulnerable to an electromagnetic pulse (EMP) weapon, and that all new weapons systems are designed with this real danger in mind. It is also critical that the USA have strategic reserves of raw materials to build new weaponry. Even as the USA already has a strategic oil reserve, it should also amass strategic reserves of iron ore, copper, zinc, nickel, tungsten, gold, silver, rare earths, aluminum, etc. that are needed to manufacture essential weaponry. Surging our mine capacity to create these reserves would (A) create a lot of new jobs–something Trump says he wants to do, while (B) not collapsing the prices of these raw materials because the increased production would all be dedicated to reserve stockpiles and not released to the private market. I could go on and on and I’m sure readers also have all kinds of ideas on how to rebuild the US military as well, but I’ve cited enough to show that options are readily available.

I’ll leave you with a final thought. Can you imagine how awful the US military would have looked in a few years if Hillary Clinton had been elected President and continued Obama’s legacy of withering the US military?