US and Japanese Navies Challenge China in South China Sea 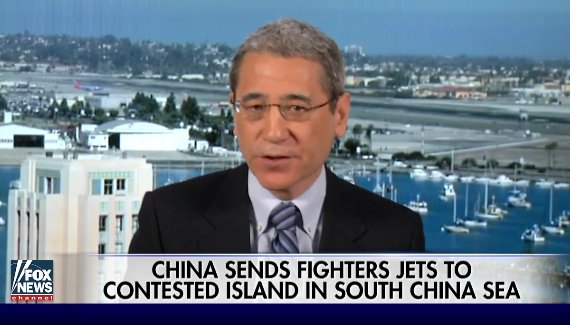 China has been given notice that American power will again be deployed seriously in the Pacific region to counter China’s militarism. Furthermore, Japan is making a strong statement that as America’s ally, it is becoming more aggressive in challenging Chinese power as well.

The US Navy has been deployed to the disputed South China Sea in a muscular manner as a US aircraft carrier, two cruisers and two destroyers sailed into the region to assert that the South China Sea remains an international waterway (first link). What is especially noteworthy is that the Japanese navy is also making a “show the flag” deployment into the South China Sea and the Indian Ocean to support the US show of force. Japan is sending one of its two new aircraft carriers to make stops in the Philippines, Singapore, Indonesia and Sri Lanka (second link) in what is described as the largest deployment of Japanese naval force overseas since World War II (third link). The Japanese carrier is technically a “helicopter carrier” in its current configuration, but it has the size to easily be reconfigured to handle VTOL warplanes (warplanes like the Harrier jump jets) in the future. The deployment of a Japanese carrier (the largest ship in the Japanese navy) to foreign ports in the disputed South China Sea region has an importance that should not be understated. Given Japan’s pacifist post WW-II Constitution, this is an unprecedented step. I have no doubt that China sees it as a very important message that Japan is willing to support measures to stop China from asserting sovereignty over the South China Sea. The visible presence of a Japanese carrier in various Asian ports will also speak volumes to the nations in the Pacific Rim area–especially when the Japanese carrier is there to support the rights of Pacific Rim nations to have unfettered maritime rights to South China Sea crossings.

The third link also notes that in a few months, Japanese warships will travel even further–into the Indian Ocean to join Indian and US  warships for naval maneuvers. Given the close contacts between Japanese Prime Minister Abe and newly-elected US President Trump, it seems evident that the deployment of a Japanese carrier to the same waters recently visited by a US aircraft carrier group illustrates an example of a coordinated US-Japanese response to China’s military build-up.

China may have overreached in its South China Sea maritime territorial grab. It is causing threatened nations to band together to oppose China and it is causing Japan to rearm. China recently praised Obama as “the most pacifist president” in recent times (fourth link). No wonder China appreciated Obama’s pacifism. It allowed China to assert its militaristic plans with no meaningful US opposition. China likely expected Hillary Clinton to be elected and to continue Obama’s weak foreign and military policies. Instead, they will be dealing with a muscular foreign and military US policy from President Trump and a reinvigorated western alliance. If China is wise, it will not overplay its hand.

These developments are quite consistent with the biblical prophecies about the latter days that I have discussed on this blog. Once one understands which modern nations are being referenced by ancient biblical prophecies, those prophecies fall into place readily and can be seen as being accurately fulfilled in modern geopolitics. If readers have not done so yet, I urge them to read my articles: Japan’s Role in Biblical Prophecy, and What Ezekiel 38-39 Reveal about a Future World War III. Those two articles plus the information in my books, audio messages and other articles about the history and modern locations of the so-called “lost” ten tribes of Israel make it evident that the Creator God who inspired the Bible’s prophecies is not only alive but is also causing his prophecies to be fulfilled in the modern world exactly as he foretold millennia ago (Isaiah 41:21-26, 42:9, 9-10). The nations do not realize it, but they are all acting out a script that was divinely written for them millennia ago.