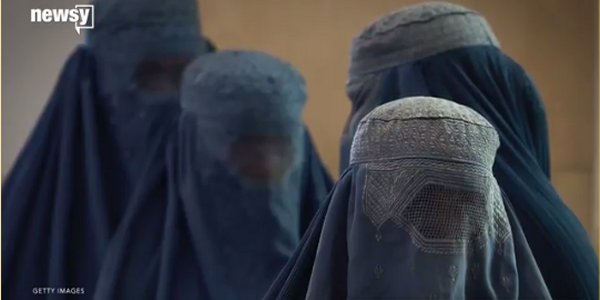 A growing number of European nations are adopting bans on Islamic women wearing burkas, nijabs or any kind of facial covering. In my view, there are two very distinct reasons for these bans. The first link and second link offer details about the implementation of Austria’s new “burka ban” which also includes prohibitions against many kinds of non-Islamic facial coverings in public places. The first link mentions that some of the nations having or implementing burka and facial covering bans are Belgium, France, Germany, Switzerland and Bulgaria in addition to Austria. Notice that these nations fall into two general groupings. Switzerland, Austria and Bulgaria are in a bloc that do not want more Islamic immigration into their nations and burka bans are an effort in those nations to either deter immigration or compel assimilation of immigrants into the established culture if they do come. However, Belgium, Germany and France are, arguably, the three most pro-EU, pro-immigrant nations in the EU. Why are they banning burkas as well?

This development brings up the clear clash between the need to prevent terrorism and illegal immigration on one hand, and safeguarding privacy concerns on the other hand. As global terrorism becomes worse and more people die from terrorist attacks at locations popular with tourists or party-goers in many nations, the need to catch terrorists and prevent terrorist attacks is trumping the need for privacy concerns. It is easy to see why this is happening. Ask yourself this question: If a terrorist cell was threatening to detonate a terrorist bomb in a site where you were living or traveling, would you want the law enforcement agencies to focus on saving lives by catching the terrorists or would you prefer listening to a debate about privacy concerns? If we ever, God forbid, have a credible nuclear threat by terrorists, you can be sure that everyone will want police agencies and Interpol to be able to pool their facial recognition records to try and identify all possible suspects and their whereabouts to stop a truly-horrific terrorist attack.

It is very much a “brave new world” that we are entering. It was also prophesied to occur in the Bible during a period of time called the “latter days,” “time of the end,” etc. As I have pointed out in a number of previous posts, Revelation 13 foretells that a global governmental system is coming that will be able to very closely monitor the world’s people. Revelation 13:16-17 specifically focuses on the fact that this global system will monitor and control individuals’ financial transactions on a global scale. That will require today’s modern digital technologies to implement, and such technologies are rapidly being invented and deployed. If global financial transactions will be monitored and controlled, it makes sense that people’s movements and whereabouts will be monitored as well, and that can easily be accomplished via global deployment of facial recognition systems. As these links make abundantly clear, such surveillance and tracking systems are now being rapidly deployed in many nations already.

These developments confirm that we are, indeed, living in the biblically-prophesied latter days, and that momentous events lie in our future as major biblical prophecies head toward fulfillment with accelerating speed. For related reading on these topics,  I recommend my articles, Are We Living in the Biblical Latter Days? and Christian Rights and Responsibilities.