Turkey Bombs US Allies in War vs. ISIS 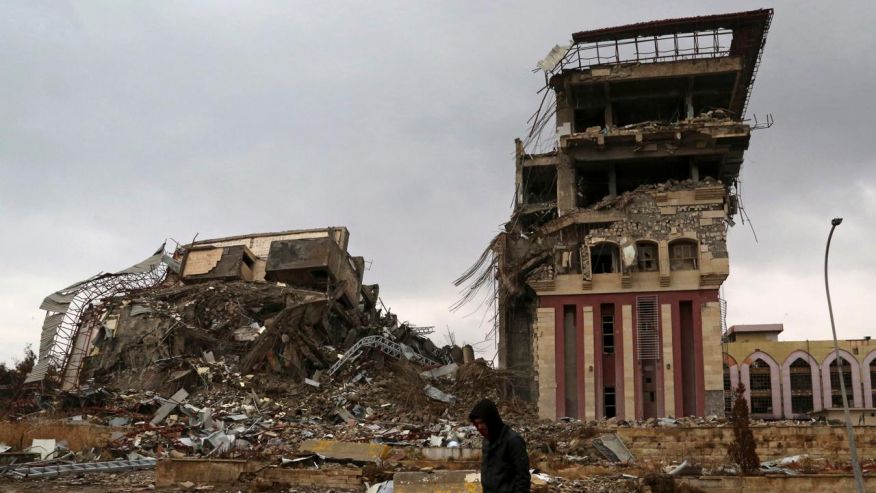 A few days ago, I wrote a post analyzing how actions taken by Turkish President Erdogan are leading Turkey into isolation from its allies. The situation between Turkey and its apparent NATO and Mideast allies is getting worse.

As I’m sure readers realize, the US has military forces on the ground in northern Syria and Iraq fighting ISIS forces. Turkey has taken the extraordinary step of bombing the allies of the USA in this fight against ISIS. The first link reports that Turkish warplanes killed approximately 30 anti-ISIS fighters and wounded many others in air attacks inside Syria. It was a very large strike with 24 Turkish warplanes and two aerial drones taking part. At first blush, it could be assumed that Turkish forces attacked the USA’s Kurdish allies against ISIS due to Turkey’s longstanding animus against the Kurds; however, since the forces attacked by Turkey were inside Syria there is no way that the Kurdish victims of Turkey’s attack were posing any immediate threat to Turkey. This gets even more troubling.

The second link contains a video which indicates that the forces attacked by Turkey included Kurds, Sunni Arab and Christian militias. It also asserts that the USA and Turkey are now on opposite sides of a “proxy war” in the Mideast. If this is the case, it is understood that the Kurds, Sunni Arabs and Christians militias are the American proxies, but who is Turkey’s proxy? ISIS? ISIS is the only party that had anything to gain from Turkey’s air raid against the enemies of ISIS. The second link also quotes from the NATO website’s Mission Statement which specifies that NATO members “promote Democratic values.” The link’s presenter states that Turkey’s President Erdogan is now an “Islamic Extremist dictator,” and lists various ways he and his government promote Islamic radicalism in the world. How can Turkey stay in NATO if it now opposes “Democratic values?”

This is a very troubling development, and it appears that Erdogan is pursuing a path where this only is going to get worse. Will the US have to equip its allied Kurdish militia with shoulder-mounted, anti-aircraft weapons to shoot down attacking Turkish warplanes? Will American and Turkish warplanes eventually face each other in aerial combat? This could get really ugly if Erdogan continues on a confrontational path with the USA and its anti-ISIS allies.

The final link announces that US president Donald Trump has invited Turkish President Erdogan to the White House for meetings. I’d like to be a proverbial “fly on the wall” to hear what is discussed behind closed doors at that meeting. Will Trump “get tough” with Erdogan, and warn him of consequences if Turkey continues to attack American allies in the war against ISIS? Might Trump threaten to reveal to the world satellite and other evidence that Turkey has been a silent ally of ISIS in the Mideast if Turkey does not stop fighting the US allies vs. ISIS?

Turkey’s air force strike hit targets within just a few miles of American troops on the ground. I think it is safe to say that if Turkey even mistakenly hits and kills American troops on the ground, there will be “hell to pay.” Will Trump tell Turkey that the US is embedding its American military forces inside the Kurdish and allied militias and that they will be armed with anti-aircraft weaponry and protected by US warplanes loitering in the area with orders to shoot down any aircraft that attacks the American and allied ground forces?

Turkey is playing a very dangerous game. My previous post on Turkey noted that in Turkey’s recent referendum, about half of Turkish voters chose to oppose Erdogan in spite of Erdogan’s strong-armed tactics to impose his will on all aspects of Turkish society. Turkey is beginning to resemble a powder keg. Turkey can’t have it both ways. It will either have to firmly join the fight vs. ISIS and stop bombing America’s allies in the region or accept isolation. If Turkey’s air force continues to act as the de-facto ISIS air force, Turkey could conceivably be suspended from NATO and left without any formal allies in the world.