Trump to Recall up to 1,000 Pilots to Military Duty 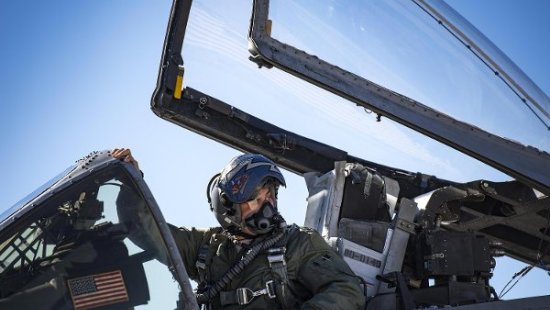 President Trump has just issued an Executive Order which allows him to recall up to 1,000 pilots to military duty. The Air Force reportedly has a chronic shortage of pilots, and is currently short 1,500 military pilots. The first link, second link and third link offer varying perspectives on this remarkable action. The links indicate that the recall will be first attempted in a “voluntary” way and that bonuses are possible to lure civilian pilots back to military service. One link calls this action a “mini-draft,” which is an apt term for this action. While it is apparent that voluntary measures will be tried first, the president can make the action an involuntary call-back if he needs to do so.

This remarkable executive action is due to a “State of Emergency” which was issued by President Bush and the US Congress just after the tragic events of 9/11. Those actions give presidents extraordinary powers, and the fourth link explains how it is legally possible for President Trump to arbitrarily do this. The fourth link also explains that Presidents Bush and Obama renewed this State of Emergency during their terms of office. It also indicates that we in the USA are in a rather permanent state of war, and that legally-required reports between the executive and legislative branches regarding these actions (and continuing need for a State of Emergency) have not been prepared or filed.

That a shortage of 1,500 pilots could exist in the US military is extraordinary all by itself. How could previous presidents have allowed such a dire shortage to come into existence? Why wasn’t remedial action taken? As one link notes, this major shortage of personnel in a key specialty calls into question the ability of the USA to defend itself. Since it was President Obama who was in office for eight years prior to President Trump, the primary fault for this egregious neglect of military needs is Obama’s. The need for military pilots is clearly so dire that President Trump needs to use his extraordinary powers to recall former military pilots to active duty. However, one does not simply recall a former pilot from his civilian office and put him/her right back into a pilot’s seat. A time for retraining is needed to acquaint returning pilots with whatever new systems or upgrades have been implemented in the types of planes each pilot will be flying. The links also note that the Executive Order can be used by the Pentagon to recall pilots in all branches of the military services to active duty; the Executive Order is not limited to just former US Air Force pilots. A reintegration process will be necessary. I assume former naval pilots recalled to service will need to be re-certified as qualified for carrier landings, for example.

Why would President Trump issue this Executive Order now? While the urgent need for more military pilots does justify such action, why pick this moment to issue this order? One possibility is that there is a very real chance that a war is looming, and more pilots will be needed. While the war on terrorism is cited in the links, I personally think that this pilot recall indicates there is an heightened chance of a war against North Korea in our foreseeable future. Such a war will require a lot of pilots as the same pilots cannot fly “around the clock” in wartime missions. My assumption is that there will be a great need for pilots skilled in ground-attack roles to eliminate the thousands of artillery pieces the North Koreans have massed just north of the DMZ. These North Korean artillery pieces can hit the city of Seoul and do immense damage to the South Korean capital city until they are destroyed. Given that the A-10 Warthog plane is the best ground-attack warplane in the US inventory for attacking armored targets on the ground, I would expect a recall notice fairly soon if I were a retired A-10 pilot.

I wanted to inform readers of this blog about this action as it argues that a war is drawing nearer. Calling up reserves is a standard pre-war preparation, and calling back military pilots to active duty is an obvious war preparation in a time when wars are fought with air power in a central role.

North Korea’s rapid development of nuclear weapons and ICBMs to deliver nuclear weapons to the USA is an existential threat to the USA which no US president can ignore. President Trump cannot wait till the last moment to launch a preemptive strike. He is right to not announce the time or nature of any such preemptive attack–why give an enemy advance notice of any war action? My appraisal of President Trump’s Executive Order is that it is now time to beef up the pilot rosters for a possible American-Japanese-South Korean strike against North Korea. This action indicates that diplomacy is not likely to have any chance of success in denuclearizing North Korea.

Matthew 24:6 warns that the “latter days” of our age will be characterized by “wars and rumors of wars.” There is no shortage of wars and war possibilities in current geopolitical realities. It appears that the chances of a new “hot war” for the USA have just risen considerably. For an in-depth examination of how biblical prophecies accurately foretold the events and conditions of our modern, “latter day” time, please read my article: Are We Living in the Biblical Latter Days?