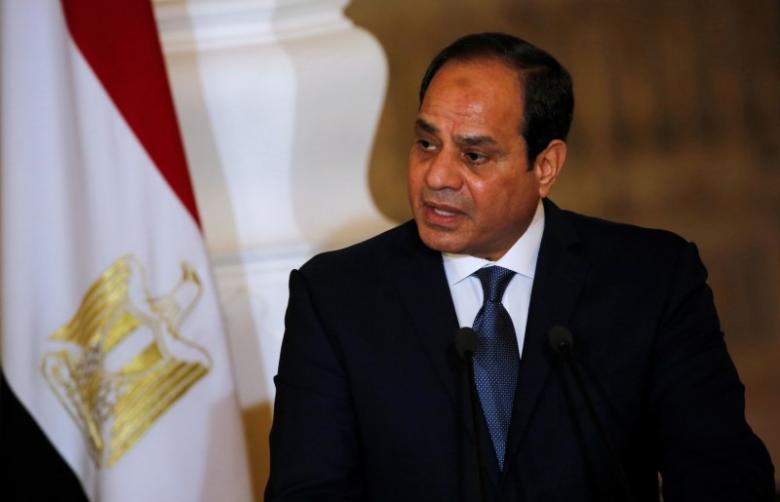 While the American media is so obsessed with “inside-the-beltway” events that it doesn’t cover important developments occurring around the world, such important events are happening. The Trump administration is moving quickly and, by all accounts, successfully to rebuild strong alliances with Saudi Arabia and Egypt. American relations with those two important Mideast nations had deteriorated steadily under President Obama.

The first link details a very successful meeting Trump had with a prominent leader of the Saudi government. The Saudis referred to it as “a historical turning point in relations between both countries” after the “unease” the Saudis had had with Obama. The Saudi statement also offered needed support for Trump’s travel ban. Even Newsweek, a very Leftist media outlet, took time to note the improvement in Saudi-American relations under Trump (second link). President Trump is also moving quickly to rebuild the tattered relations with Egypt, a vitally important Sunni Muslim nation in the Mideast. The third link and fourth link report that Trump has invited Egyptian President al-Sisi to Washington, DC for a state visit. This speaks volumes that Trump is moving rapidly to rebuild the alliance with Egypt after Obama had given Egypt the cold shoulder during his administration. The links refer to the “bond” that Trump and al-Sisi have already established and that American-Egyptian relations should improve rapidly during the Trump administration.

Trump is moving on other fronts to improve relations with both the Saudis and the Egyptians. The fifth link and sixth link report that President Trump has unfrozen arms sales to both Saudi Arabia and Egypt that Obama had blocked. These actions will be greatly welcomed by the Saudi and Egyptian governments and it is a tangible sign that good relations with America are now being rapidly restored. The links cite Obama’s refusal to allow Saudi Arabia and Egypt to receive the embargoed shipments of US weaponry due to Obama’s viewpoints on human rights issues. It is odd that while Obama applied a rigid human rights standard to Saudi Arabia and Egypt, Obama apparently cared nothing about Iran’s massive violations of human rights and its being a sponsor of state terrorism which wants to annihilate Israel and calls the USA “the Great Satan.” Obama lavished mega-billions on Iran in the bizarre agreement his administration “negotiated” with Iran. Obama’s actions had the bottom line impact of always helping the Iranians and the Shiites while undercutting and weakening Sunni Muslim governments. It appears Trump will be a solid ally of traditional Sunni Muslim nations and that they will form a united front against Iran’s aggressive actions in the region.

These actions do have relevance from a biblical perspective.The latter-day prophecy in Ezekiel 38-39 lists the nations that will be part of the Gog-Magog alliance which will attack the western world headed mostly by the modern nations of the ten tribes of Israel. As I have noted many times in previous posts, not one nation descended from Abraham is listed as being apart of the Gog-Magog alliance in Ezekiel 38:2-6. The modern Sunni Arab nations are Ishmaelites, descended from Abraham–as their own traditions acknowledge. Egypt is also not prophesied to be a Gog-Magog ally. That these nations are not listed in the roster of the Gog-Magog nations indicates that it is God’s will that they will be part of the western alliance in the latter days. President Trump’s actions are moving to implement God’s will as expressed in the Ezekiel 38 prophecy. For more information on these topics, please read my articles: Are We Living in the Biblical Latter Days? and What Ezekiel 38-39 Reveal about a Future World War III.