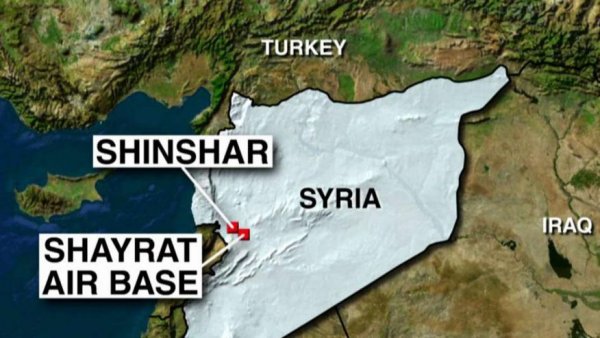 The world’s media has just reported that President Donald Trump of the USA has ordered a missile strike against the Syrian air force base that was believed to have launched an airstrike that killed and injured many Syrian civilians in a chemical weapons attack (first link). Fox News is reporting as I write this post that the USA launched approximately 59 cruise missiles at the Syrian air force base to put it out of action. Syria has other air bases yet to use, but the message has been sent forcefully that any further chemical weapons attacks by Syria against its own people will result in swift and harsh action by the USA. This action is, no doubt, being cheered by Sunni Islamic governments throughout the Mideast.

The difference between the presidencies of Obama and Trump could hardly be more stark. Obama publicly set a “red line” in Syria and then weakly did nothing after his red line was crossed by the Syrian military. Trump sent the missiles first and didn’t say a word before they were fired at Syria. Obama was paralyzed in doing anything decisive or timely. Trump is decisive. The message to the entire world is clear as well in this attack vs. a Syrian air base. The “USA is back” as the leader of the Western world and will be a reliable ally that will use force when necessary.

Prior to the attack on the Syrian air base, US Secretary of State, Rex Tillerson, stated that an anti-Assad coalition was forming in the Mideast (second link). It is clear who the players in the Mideast are in this anti-Syrian alliance. Besides the USA, it includes the nations whose heads-of-state Trump has been receiving since his inauguration. These nations are Israel, Egypt, Saudi Arabia, Jordan and others. Trump and Netanyahu had a joint press conference in which the goodwill between the two was very obvious. Then Trump had a very warm state visit from a senior Saudi official. Just recently, Trump and Jordan’s King Abdullah had a state visit in which Jordan’s king heaped praise on President Trump (third link). This was preceded by a state visit by Egypt’s President al-Sisi in which the goodwill between Trump and al-Sisi was very evident (fourth link, fifth link, sixth link). Even the afore-cited prominent Islamic media outlet, Al Jazeera, gave overwhelmingly favorable coverage to these visits. Clearly, under President Trump, a strong alliance is forming between the USA and the Sunni Islamic nations of the Mideast as well as with Israel.

There are two very important global consequences of this action beyond the message to Assad to stop attacking people with chemical weapons.

The first important consequence is as follows. In previous posts, I’ve commented on the plans by Russia and Iran to create a land connection between Iran and the pro-Iranian, Assad-led Syria. The mostly-Shiite Iraqi forces that are slowly driving ISIS from Mosul, Iraq are led by Shiite Iran. Russia was aiding this effort by attacking ISIS and all other anti-Assad militia forces in northern Syria. Iran, Russia and their vassal, Assad, were hoping that they were close to establishing an Iran to Syria land link as a result of the war against ISIS. The American missile attack will embolden the Sunni Islamic forces that have been fighting to stop this Shiite arc across the Mideast. The Sunni Kurds are a very important part of this Sunni alliance as their geographical location in northern Iraq and Syria places them in a key position to help block the Shiite arc from forming. Other Sunni nations have likely wanted to help more forcefully, but the Obama administration not only refused to lead such an effort but actually helped the Iranian agenda via the strange nuclear agreement his administration did with Iran. Now that America is leading forcefully to help stop this Iranian Shiite arc from forming across the Mideast, the Sunni governments in the region are likely to be more aggressive in helping to stop it as well. Under Trump, the US has sent reportedly up to 900 special forces troops to help the Sunni Kurds and other Sunni militias capture Raqqa, the ISIS capital (seventh link). If the Kurds, the USA and Sunni militias capture Raqqa and the surrounding region, it will successfully form a blocking force that will stop the Shiite arc from forming. The anti-Syrian alliance that is forming in the Mideast is also anti-Iranian in nature.

The second major consequence of the US missile attack vs. Syria is that it is going to suddenly set an entirely new backdrop for the meetings that will held this weekend between President Trump and China’s President Xi Lin ping. For eight years under President Obama, China has seen the USA as a “paper tiger” with no backbone, that need not be taken seriously. That has now changed in an instant. The Chinese (and everyone else) now know Trump will launch military actions when necessary before making any public statements or warnings. The North Korean nuclear program and its missile programs now look very vulnerable to a similar missile US attack whenever the USA decides to launch a preemptive strike to stop this threat to the USA, Japan, South Korea and other nations (especially since a new poll shows Americans support such an attack–last link). It also speaks volumes to the Chinese about the situation in the South China Sea. China has built about seven artificial islands and weaponized them with air bases, missile bases, etc. It appears that China intends to use these bases to assert its sovereignty claims to the South China sea and perhaps start charging tolls to maritime traffic crossing that maritime route. The attack vs. Syria focuses the Chinese minds on the fact that waves of hundreds of missiles can rain down on the Chinese artificial islands in the South China Sea if China dares to militarily assert any claim to that vitally-important international maritime body of water. As China’s leader meets with Trump, he will now know that he is meeting a US President who will take military action very quickly if necessary. The timing of this strike vs. Syria couldn’t be better for sending a favorable message to the Sunni nations in the Mideast and a stern warning to Iran, North Korea, China and Russia.

This strong US action aligns the Sunni Islamic nations in the Mideast solidly in the Western alliance led by the USA. It also signals the USA will join their efforts (and Israel’s) to forcefully oppose the intentions of Iran and Russia in the Mideast. Expect the US to fight ISIS in a way that will leave a Sunni-controlled region in place in northern Syria and Iraq that prevents the Shiite arc from forming. Perhaps the Sunni Kurdish people will finally have their own nation in the Mideast after this anti-ISIS war is over.

These developments are entirely and precisely consistent with the biblical prophecy in Ezekiel 38-39 about the rival global alliances that will form in the latter days. If there are readers who have not reviewed my article, What Ezekiel 38-39 Reveals about a Future World War III , I urge you to do so.