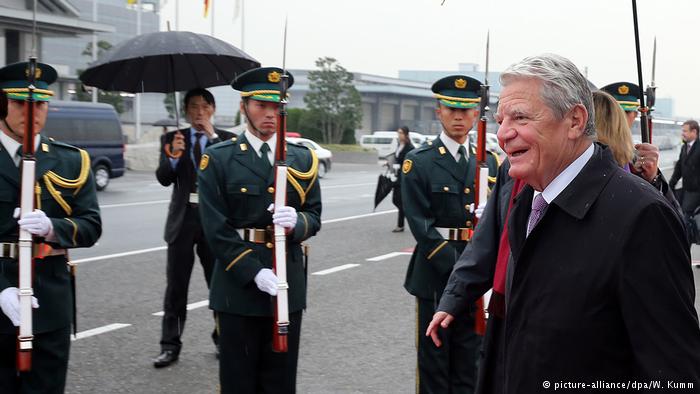 The election of Donald Trump as US president is sending massive shock waves through the international community. His election is causing panic in the politically correct, insider elitist regimes which were trying to impose their “PC,” supranational statist agendas on all the western world. The Trump victory, combined with the UK’s Brexit vote to leave the EU, have thrown the insider’s agendas into utter turmoil and retreat. This post is going to examine trends that are already happening; many of which are not being discussed in the American establishment media.

The first link reports that Geert Wilders of Netherlands and France’s Marine Le Pen both are greatly enthused by Trump’s anti-elitist victory. Mr. Wilders is highly likely to be the next Dutch Prime Minister and he is pledged to hold a referendum in the Netherlands to leave the EU as did the UK. Ms. Le Pen is also anti-EU and is likely to be one of the two candidates to enter the final two-candidate French election to determine their next chief-of-state. If both these candidates win, the EU and its unelected bureaucrats will be in full retreat and the EU itself may disintegrate. Unquestionably, Trump’s victory will embolden the anti-EU, nationalist parties all over Europe. As evidence of the panic caused by Trump’s election inside the EU statist circles, an emergency meeting was called for all EU nations in the wake of Trump’s victory (did you heard about that in the establishment US media?). The UK, France and Hungary refused to attend (second link). Hungary’s leader was already pleased that Trump won (as noted in one of my recent posts), and Hungary is already so anti-EU that it is barely in that organization any longer. The second link also shows that Donald Trump and the UK’s architect of the successful Brexit campaign, Nigel Farage, have already formed a very warm relationship in a post-election meeting, and Farage appeared almost giddy with excitement at the future ramifications of a Trump administration in a cable news segment I watched on TV. US-UK relationships are due to improve greatly under a Trump administration. In a symbolic action of how anti-British Obama really was, he removed the bust of Winston Churchill in the White House from its position of honor soon after he became president. I suspect that bust of Churchill will be restored to its place of honor in a Trump administration.

The emergency meeting of EU nations wasn’t the only meeting by panicked globalist leaders around the world. The third link reports that the German and Japanese governments held emergency meetings in Japan after Trump’s victory, and the fourth link adds that Japan’s Prime Minister Abe will even journey to the USA to meet with Trump before he becomes president. Trump had campaigned with the proposal that nations such as Germany and Japan need to pay the heavily indebted USA for the troops the US keeps in their nations to protect them if they want US troops to stay there. I suspect that Trump will learn that Obama formed many deals and understandings with many nations that the American public was not told about, and that Trump will learn about those deals and either publicize them or abrogate them. Japan’s Abe may also ask Trump the key question: How much money do you need to continue stationing US troops in Japan to protect us from China?

Egypt’s President al-Sisi was reportedly the first foreign leader to call Trump to congratulate him on his victory. Egypt’s government must be breathing a huge sigh of relief with Clinton being defeated so she could not continue the pro-Muslim Brotherhood policies of the Obama administration which almost sent Egypt into the same fate as Syria and Libya (fifth link). Egypt’s al-Sisi will surely welcome a normalized relationship with the US under Trump, who will likely help Egypt defeat the terrorists of ISIS and other entities which are waging war against Egypt in it Sinai Peninsula. A strong Egyptian-American alliance under Trump will greatly help Trump build good ties with all the Sunni Islamic nations which were inexplicably pushed aside by the Obama administration in favor of Iran’s Shiite regime. A Trump administration is also likely to move the permanent US embassy in Israel to Jerusalem, recognizing that city as Israel’s capital. That will deeply be appreciated in the Netanyahu government of Israel, and Trump’s victory will restore excellent Israeli-US relations. The Palestinian Authority is threatening to go to the UN if Trump does this (sixth link), but that will be fruitless as the US has a veto at the UN and will surely veto any Palestinian protests if the US embassy is moved to Jerusalem.

As a sidebar, Obama’s persistent pro-Iranian, pro-Shiite policies have been most odd and mysterious. It is well known that Obama was raised as Muslim in his childhood when he lived in Indonesia. He attended an Islamic madrassah as a boy. While Indonesia is a dominant Sunni nation, it has a sizeable Shiite minority. I’d like to suggest that anyone skilled in investigative techniques ought to check out the Indonesian madrassah that Obama attended as a boy. If it was a Shiite school, it would explain why Obama has been so pro-Shiite and pro-Iranian in his deals and actions. The Iranian nuclear deal that Obama concluded with Iran amounted to little more than a surrender to Iran by the USA on all major issues and was very deleterious to American and Western security interests. The seventh link indicates that Iran may quickly develop nuclear weapons if Trump abrogates most of the Iranian deal done by Obama. Personally, I think Iran is working swiftly to develop nuclear weapons, no matter what is in that “deal” so that would be no loss. Trump is known for making tough, favorable deals. I’m convinced he will ask the Pentagon for the reasons why Obama actually agreed to such an anti-American deal.

Remember Trump’s campaign line that he would renegotiate the NAFTA trade deal with Canada and Mexico to make it more favorable to American interests or abrogate it altogether? Remember also the position of Mexico that it would not renegotiate the deal? Now that Trump has been elected and he can implement what he promised to do, both Mexico and Canada have agreed to the renegotiation of the NAFTA deal (eighth link). I also expect that Trump will build the wall along the Mexican border whether Mexico wants it or not. He can make “Mexico pay for the wall” by imposing high tariffs on the goods shipped into the US by all US-owned factories in Mexico and by imposing a stiff tax on all monies sent by illegal immigrants in the USA back home to Mexican relatives via US bank and wire services. Trump likes a challenge; that is clear from his campaign tenacity and his entire career as a “doer.” If Mexico chooses to play hardball with Trump, I think Trump will make them live to regret any such choice.

In terms of Russian-American relations, I expect Trump and Putin will be able to work together because they will understand each other. Putin is a pro-Russian nationalist. Trump is a pro-American nationalist. This will make them able to appreciate the other’s vital interests and neither will threaten the other. Indeed, they may even work together to utterly destroy terrorism and ISIS all over the world.

The above is, no doubt, just a sampling of how Trump’s election is going to change things in favor of the USA and nationalist groups all over the western world. As readers can surely tell, I’m delighted by Trump’s victory. I truly believe God has given our nation (and the entire western world) a reprieve from its decay in the election of Donald Trump. There are reports that many Christians were praying for such an outcome, and mass prayers from God’s people do have a powerful effect. Can you imagine how different the Supreme Court will be if Trump can nominate two or three conservative Constitutionalists as new Supreme Court Justices? Obama and Clinton’s policies constituted relentless attacks against the US Constitution. Trump’s policies will observe and honor the US Constitution, I believe. One immediate effect, from a biblical prophetic perspective, of the Trump victory and the Brexit vote is that the downfall of the current globalist insider elitist system called “Babylon the Great” in Revelation 17-18’s prophecy has been hastened. The globalist elites are now clearly on the defensive. For more specific information about how revelation 17-18’s prophecy will be fulfilled in world geopolitics in the years ahead of us, please read my free articles, Is Babylon The Great about to Fall…Ushering in a New Beast System?, and The Babylonian Origin of the Modern Banking System. These articles will give readers a new perspective into world events that the secular media will never be able to either comprehend or report.

This blog will be watching closely for how the transformation of the USA into being a pro-American, pro-Western nation under Donald Trump will affect the global scene. I hope readers will find these posts interesting, informative and thought provoking. The prophetic expectations of Christians may need a revision in light of Trump’s election.