Traumas Pending Inside Germany (and Other Nations)? 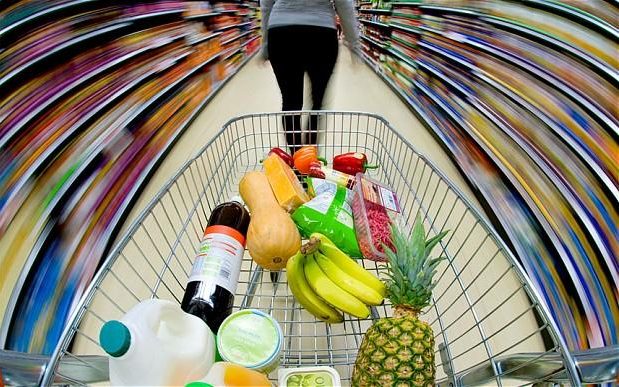 There are some ominous developments inside Germany about which everyone should know. The first link reports that the German cabinet will be holding a “secret” meeting soon to discuss some extraordinary measures to ensure domestic security inside Germany. It would seem that, if the report is true, this “secret” cabinet plan has already been leaked to the global media. It reports that for the first time since the Cold War (26 years ago), German citizens will be urged to take nationwide emergency preparation measures for a possible national crisis. The link mentions the terrorism that has been perpetrated by radical Islamists and mentions nuclear, chemical or biological threats as possible reasons for considering these national preparations. Reportedly, German citizens will be urged to stockpile food, water, batteries, candles, cash, blankets, etc. for a possible future emergency. I’ll make the observation that these are the kinds of preparations that citizens would need to take to prepare for an emergency where they will be told to “shelter in place” within their homes or local towns.

The second link reports that Germany is also considering putting military troops on the streets of some of its cities to help prevent terrorist attacks. Given the history of World War II, putting German army troops on German streets to help provide security and law enforcement has obvious ramifications that cause some concern. The article cites two incidents of Islamic terror attacks inside Germany, but does not comment on the growing crime wave that has occurred inside Germany due to the huge numbers of Islamic migrants that have entered the nation. It does reveal that the sentiment of the German voters has turned heavily against allowing any more immigrants into Germany, and this bodes very ill for Chancellor Merkel’s party being able to stay in political power. The third link and fourth link document the extent of the crime wave inside Germany due to the influx of large numbers of mostly Islamic immigrants (the dates of these links confirm how long this crime wave has been in effect). The extent of this crime wave argues the police are finding it difficult to handle the crisis, and this explains why the military may be called upon to assist the German police.

The fifth link reveals that Germany still has on its books a plan to impose military conscription inside Germany if it becomes necessary to quickly increase the size of its military forces. While there are no reported plans to impose conscription at this time, it is reported that one possible reason that would justify such action is a threat to NATO’s borders. This could be defined two ways. One would be an invasion by a foreign power against NATO nations on the eastern edge of NATO’s regional alliance. This would most likely be an invasion by Russia of the Baltic or Eastern European NATO nations. However, it could also be interpreted to indicate conscription is needed if the “invasion” of NATO nations’ borders by Islamic migrants continues to worsen. There is another possible unspoken danger which could require troops on the streets to keep order. There are periodic reports on many Internet websites that a global financial/monetary crisis is drawing nearer. If such a crisis takes place, it could cause mass disruptions in many nations–which would make the reported pending German government’s advice to its citizens to stock up on essential supplies to be a wise warning. Such a crisis could also lead to the collapse of the current global world political/financial system as is prophesied to occur in Revelation 17-18 during the latter days. The IMF’s Director, Christine LaGarde, herself warned about an impending global “currency reset” in the recent past, and such a global res-set of national currencies could lead to major dislocations in the currency valuations of many nations and major disruptions in the supply chain of essential goods and services. Rather than post just one link on this fact, the sixth link lists many global media links that ran stories about IMF Director LaGarde’s important warning. The prophecy in Revelation 18 certainly includes a global financial crisis and major interruptions in the flow of global goods and services. For biblical perspectives on how such a crisis could unfold, please read my article: Is “Babylon the Great” about to Fall…Ushering in a New “Beast” System? The context of the prophecy in Revelation 17-18 is that this global financial/monetary crisis will hit the world suddenly with little or no warning.

What does Germany know about foreseeable, serious future developments that it is apparently considering some drastic internal actions to prepare for them? Undoubtedly, many of the same already extant or potential dangers which threaten Germany also threaten many other western and/or NATO nations as well. For this reason, I believe that what Germany is considering is likely being considered by many other NATO and /or Western nations as well.

Welcome to our increasingly dangerous world. Threats that would have been thought of as “unthinkable” just a few years ago are now becoming possible dangerous reality. II Timothy 3:1 warned that “perilous times” would come upon the world in the latter days of our age. Jesus Christ prophesied in Matthew 24:6-7 that “wars and rumors of wars” would become increasingly common in the world as we progressed deeper into the latter days that would precede his Second Coming. The world is experiencing not a “New World Order,” but a “New World Disorder” as perils, wars, threats of wars and warnings of financial crises become increasingly common all over the world. The Bible’s prophecies for the latter days are “right on target.”