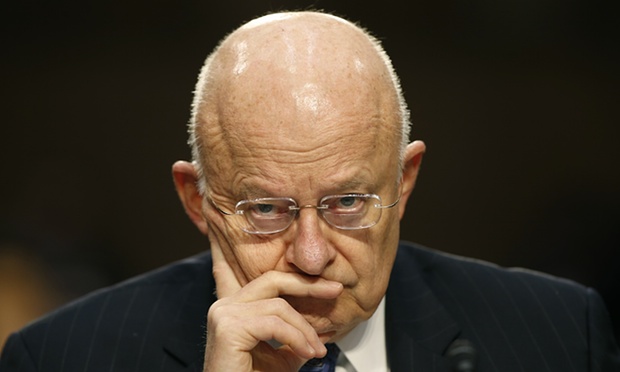 In a remarkable statement during testimony to the US Congress, the Director of US Intelligence, James Clapper, admitted that the wave of intelligent “smart” devices that people can install to monitor and control their home’s technological systems, appliances, etc. will “increase…the intelligence capabilities” of US intelligence agencies to spy on people inside their homes (see link below).

I’ve seen many advertisements on TV about new digital control systems that try and sell electronic systems to remotely control the entire network of smart “devices” in people’s homes. Via wireless technology that connects you to your home’s “smart” systems, you can set your furnace or air conditioning temperatures, control your kitchen appliances, turn lights on and off, answer the doorbell when visitors come, etc. I’m sure one can now use wireless smart technology to tell one’s TV set to record a particular program for later viewing. Smart devices have been installed on public utility systems that monitor your use of electricity, water, etc. so they can be remotely read via wireless technologies, eliminating the need for “meter readers.” Is that all they do or can they be programmed to do much more than that if remotely activated to do so?

All of these “smart” technologies add to the endless conveniences that are possible in our high-tech world, but it is now admitted by a top US intelligence official that they also can make you more vulnerable. The US spy agencies can tap into your wireless communications with your home’s smart devices to monitor everything you do. Perhaps spy agencies can now piggyback clandestine instructions onto your communications to your smart devices so they can all be programmed to spy on you if they sense you are in a particular room. Will your smart TV set or computer be activated remotely by spy agencies to watch and listen to you in your home as you conduct your activities? This would surely be a temptation for any “peeping tom” or voyeur who works for a spy agency. You think government employees wouldn’t do such things? I recall an episode of the popular TV series, NCIS, where a spy satellite was used by government employees to spy on a young female as she sunbathed nude on an East Coast beach. That was possible years ago. Now that spy agencies can hijack the smart devices in your home system, they won’t need space satellites to spy on you in your living room, bedroom, etc. If US spy agencies can do this, then all the spy agencies of the world can do this as well. Each nation that has host factories that manufacture smart devices for use in homes very possibly instructs those factories to install “back doors” in all the smart devices they make so they can potentially be used as spy tools against anyone who purchases the products.

The ability of US spy agencies to spy on people in their homes via smart devices surely has some obvious anti-terrorist usefulness. Spy agencies could track and monitor terrorists and terrorist cells as they go about their lives if they have such smart devices in their homes. Will the spy agencies be required to obtain a court-ordered search warrant before doing such things? Obviously, the Fourth Amendment to the US Constitution would require such a step, but how often does the government pay attention to the US Constitution these days? Also, now that Director Clapper has openly stated, no doubt under oath in Congressional testimony, that US spy agencies can do such things and reports of his statements are on the Internet, the professional terrorists will see these reports and they will avoid using or installing any such smart devices. A rogue individual person radicalized by ISIS, for example, may not be aware of Director Clapper’s admission and potentially could still be identified and caught.

The pervasive invasiveness of governments was prophesied in the Bible. Specifically, Revelation 13:16-17 prophesies that the final global governmental system (called the “beast”) will be able to monitor and control all financial/economic/monetary transactions on the globe. That prophecy could not have been fulfilled until our latter days when there will be a “knowledge explosion” (Daniel 12:1-4, see verse 4) that will see the latter day civilization develop technologies that were once available in the pre-Flood world of Noah. Jesus Christ prophesied that during our latter day period of prophetic time, our civilization would mirror the pre-Flood world of Noah (Matthew 24:37). It is my personal opinion that we are not yet close to “catching up” to the high-tech civilization that existed in Noah’s time before God exterminated it in the Deluge because it became so evil and sinful. Whenever you watch evening cable or satellite TV programs with themes about “ancient aliens” or evidence of ancient high-tech artifacts and technologies present on earth millennia ago, you don’t need outer space aliens to explain them. They likely are remnants of either the pre-Flood world or the post-Deluge civilization that was rebuilding the pre-Flood technologies before the Creator God confused everyone’s languages to make everyone illiterate and stop any further such efforts (Genesis 11:1-9).

Given the prophecy about the final high-tech beast system which can monitor and control (“rig?”) all global financial transactions, it makes sense that all other aspects of human activity will be spied on and monitored as well. Director Clapper’s testimony indicates we are approaching the time when everyone can be monitored on a 24/7 basis via their own ubiquitous smart devices. If someone doesn’t want to be watched and listened to in their home, car or place of business, the obvious conclusion is to avoid buying and installing such smart technologies. If we ever reach the point where governments mandate that everyone install such smart devices, then you will know that we have reached the point where governments want to impose global spying on everyone on a 24/7 basis.