Tiny Djibouti Boots USA from a Military Base; Gives It to China Instead 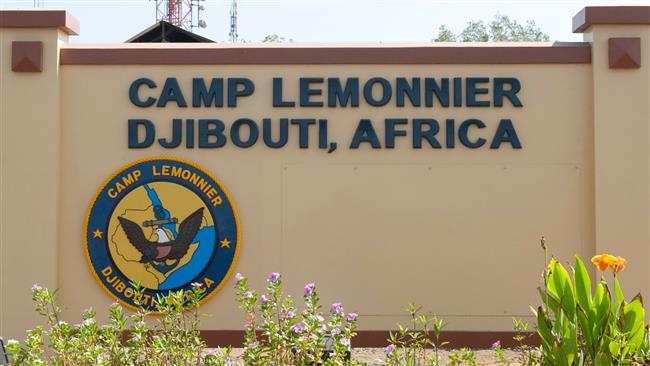 Lost amidst many other high-profile stories happening around the world is a major development in the nation of Djibouti, on the horn of Africa. The first link reports that the tiny nation of Djibouti has “reportedly ordered” the USA to abandon one of its two military bases in that nation and (guess what?) give it to Communist China! The report adds that China may station 10,000 of its military forces at this base–far more personnel than the USA has at its remaining base in Djibouti. The second link cites a US general as saying that the deal is already done: that Djibouti has signed a multi-year deal with Beijing to give the American military base to China.

The third link (written three months ago) first reported this development as a rumor to be “taken with a grain of salt,” but the just-released reports indicate that tiny Djibouti is, indeed, giving orders to the USA to transfer its base to China. The American taxpayers paid $14,000,000 to build a modern naval pier at the base being taken from the USA and given to China (third link). I have two questions: Will the USA rip up all its naval facilities it built at the Djibouti base before evacuating it so it can be given to China? Secondly, was the US government so stupid that it did not sign a long-term lease for this base when it was assigned to the USA? If so, all I can say is we really must have ignoramuses with the wits of children governing the USA (shades of Isaiah 3:12).

The fourth link discusses some of the obvious tensions and confusions of having a US military base cheek-by-jowl with a Chinese military base in a very strategic place. It also discloses reports that China also intends to build a naval base in Walvis Bay, Namibia, from where it can threaten or control the South Atlantic region and be within missile distance of South African cities.

China’s choice of Djibouti for a naval base is no accident. The choice is well chosen from a strategic perspective, and is likely a result of a fallback position pre-planned by China. The Russian-Chinese-Iranian (the “Gog Magog”) alliance had hoped that the Iranian-backed Houthis in Yemen would seize control of that nation and give the Gog-Magog alliance control of the southern approaches to the Suez Canal entrances. Yemen controls this strategic point as it sits astride of where the Red Sea meets the Gulf of Aden. However, the Saudis have intervened militarily in Yemen and are steadily (if slowly) pushing back the Shiite Houthis inside Yemen and re-installing a Saudi-supported, Sunni leader in Yemen. That ploy by Iran to grab control of Yemen seems to be failing. The fall-back position apparently was that China (if it could not ink a deal for a naval base with an Iranian-backed Shiite leader in Yemen), has been negotiating with the Djibouti government to have Djibouti boot out the US forces from their own base so Djibouti could give it to China. From a naval base in Djibouti, Chinese land-based, air-launched and sea-launched cruise missiles can control all access to the southern approaches (or exits from) Egypt’s Suez Canal.

China clearly has a plan for eventual global dominance. China is already building up a massive port and military base at Gwadar, Pakistan (about which I’ve previously posted) which will give Chinese cruise missiles control over the approaches to and exits from the Persian Gulf and Northern Arabian Sea. China is bypassing the Indian Ocean by building a massive corridor of rail-lines, roads and pipelines across Western China into Pakistan and southward to Gwadar. In grabbing a military base in Djibouti, China can try to stop traffic in and out of the Suez Canal in a future war. In building a naval base in Namibia, China would gain a way to threaten all maritime traffic that tried to bypass the Suez Canal by going around the Cape of Good Hope in South Africa. With bases in Djibouti and Namibia, China could try to control access to the northern and southern approaches to the Indian Ocean from the west, preventing reinforcements from NATO to be sent to India, Saudi Arabia and other US allies in Southeast Asia during a future world war.

China’s plans run even deeper. For years, Chinese companies have operated the ports on either end of the Panama Canal (fifth link) so China has  pre-positioned its personnel to be able to either control or destroy the Panama Canal in any future war. As the last link notes, sometimes people misunderstand the semantics and assert “China controls the Panama Canal.” Technically, that is not true. China doesn’t operate the Canal itself, but by controlling the ports at both ends of the Panama Canal, China controls who can use it in any future war. China can easily place explosives in Panama to destroy the Canal so the US Navy can’t use it in a future global war (sixth link).

One of the blessings promised to the birthright descendants of Abraham, Isaac and Jacob (Israel) was that they would “posses the gate of [their] enemies” (Genesis 22:17). This means control of such strategic choke points (or “gates”) as Gibraltar, the Suez Canal, the Cape of Good Hope, the Panama Canal, etc. All of these used to be controlled directly by the British Empire or the USA (the Israelite tribes of Ephraim and Manasseh, as those who have read my books understand). When the USA and Great Britain had strong Christian roots and traditions, they were blessed with greatness, victories and power. Now that both nations are abandoning biblical practices and the Christian heritage that made them great, they are experiencing the gradual loss of this strategic blessing.

China is trying to wrest control of the strategic choke points which are (or were) controlled by the USA and the British. As the arranged seizure of an American base in Djibouti confirms, China is serious about supplanting the USA as the next global superpower. Russia, Iran and China are playing “the grand game” of geopolitical chess and dominance with deadly seriousness while President Obama is… just playing.

The fact that tiny Djibouti feels emboldened to give orders to President Obama and the USA indicates just how greatly Obama is held in contempt around the world. Even a tiny nation gives him orders to surrender a base to China. If we had a president like FDR, Truman, Eisenhower, JFK, Johnson, Reagan and the two Bushes, as soon as there had been a whiff of this action by Djibouti, the CIA would have been ordered to make big cash offers to Djibouti subordinates to implement a coup and a pro-American regime would have been quickly installed within a weekend to stop China’s plans.

A recent post revealed just how cowardly Obama’s rules of engagement are in the “phony war” against ISIL/ISIS so I don’t think we can expect to see any decisive action from Obama to counter China’s power-grabs. Another curse for nations who abandon God and his laws are that they will lose “the pride of [their] power” (Leviticus 27:19). That is happening right now to the USA under a very weak president whose policies indicate no love of God or Christian precepts. Obama exhibits so little comprehension of the real world or geopolitical strategies that I truly wonder if he could find Djibouti on a map without assistance. The USA is losing a strategically located military base to China. I wonder if anyone has told the president yet…or if he even cared.