THREATENED BY CHINA: JAPAN TO INCREASE ITS MILITARY POWER 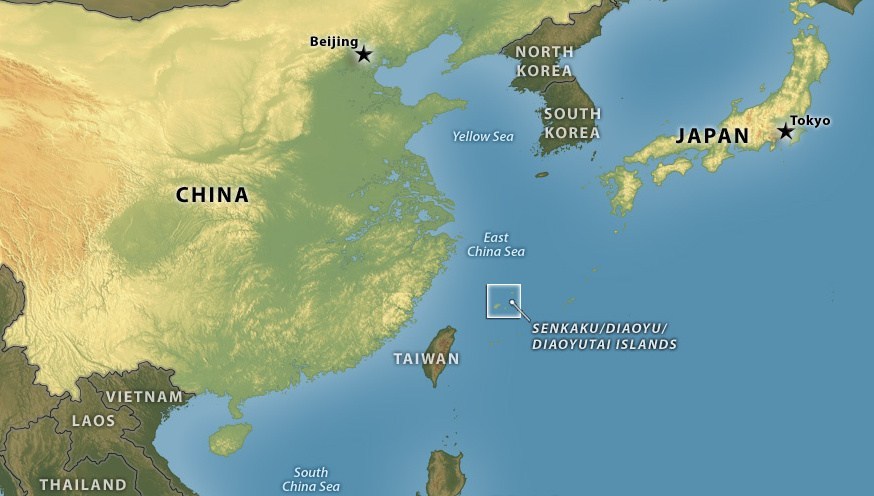 Japan is increasingly threatened by the rising militarism of China and North Korea, its nearby neighbors. This threat had grown in recent years, and is likely to continue to become steadily more threatening. Seeing these threats, Japan has made a decision to approve its largest military budget ever. The $6.7 billion increase in one year will accelerate the purchase and deployment of a variety of upgraded military platforms. The first link and second link offer details about the specific weaponry Japan is going to purchase and deploy. Japan will increase and improve its air-defense and maritime military power, and begin preparations for longer-range combat engagements. One of the links adds that Japan will be placing 570 troops on an island a mere 135 miles from Taiwan with air defense weapons. This deployment will help Japan defend Taiwan when/if China attacks Taiwan.

Both links mention that Japan would be spending far more money on far more weapons systems if it wasn’t for Japan’s pacifist post-World War II Constitution. Given the mix of Japan’s more powerful political parties, it looks increasingly likely that Japan will abandon its pacifist Constitution in favor of a new one which does not limit its military spending or power (third link). I view it as nearly certain that such a development will happen because it is necessary for Japan’s survival. The first two links report that Japan only spends 1% of its GNP on military expenses. If Japan’s Constitution was rewritten to allow for offensive as well as defensive weaponry, Japan’s expenses could easily double to 2% of Japanese GNP. If this happens, Japan will deploy a wide array of offensive weaponry very quickly to deter an attack on its territory. I would expect such offensive weapons to include long-range ballistic and cruise missiles that can reach anywhere in China, extended-range warplanes, hypersonic missiles and even nuclear weapons. Since China and North Korea both have nuclear weapons, Japan must have its own nuclear weapons to have an adequate deterrent force. As soon as Japan finishes modifying its two “helicopter” flat-tops to accommodate F-35 warplanes, it will have two aircraft carriers in its naval forces. Japan has many advanced surface warfare combatants and submarines.

Chinese warships have been increasingly aggressive in the East China Sea, risking open conflict between Chinese and Japanese naval units. The situation is already serious enough that a single officer could be “edgy” enough on either side to start a war in that region. Both sides have realized that this is the case, and China and Japan have agreed to install a “hot line” between their two nations to defuse any confrontation escalating into open warfare (fourth link). Such a “hot line” was used by the USA and Russia to avoid having an accidental World War III breaking out during the Cold War.

A few months ago, I posted that Japan and Taiwan were openly forming a common front against China in the event China attempted to invade Taiwan (fifth link). Their openly doing so surely was intended to act as a deterrent to China making such an aggressive attack. Since that post, others have also seen that it looks more evident that Japan will be involved in the defense of Taiwan if China does mount an invasion. The sixth link offers a particularly good analysis of this likelihood, in my opinion. Japan’s geography makes its security very much more vulnerable if Taiwan fell to China, so Japan likely has logically concluded that the Japanese defense of its home islands is better off fought in Taiwan than in Japan. The seventh link and eighth link offer analyses of how the USA and Japan will cooperate in the defense of Taiwan in the event China invades Taiwan. The analyses are somewhat vague, but it is to be expected that Japan and the USA will only reveal a limited amount of important military strategy information at this time. My own opinion is that both Japan and the USA (and perhaps other nations) will aid Taiwan quickly if China attempts an invasion. The Western world cannot let China take over Taiwan because Taiwan produces the lion’s share of the fast computer chips needed by all industries in the western world. China would lose a lot of ships and troops if they attempt to invade Taiwan. If US and Japanese subs are sinking Chinese ships in the Taiwan Strait and Taiwanese, American and Japanese warplanes are sinking them as well, a large portion of China’s invasion fleet will be sunk before they reach Taiwan. Because so many of China’s ground forces would be drowned in the Taiwan Strait before they ever saw Taiwan, I expect China to mount a huge paratroop drop of Chinese soldiers and armored vehicles onto Taiwanese soil to start the hostilities.

Compare a Chinese invasion of Taiwan to the Allies’ invasion of Normandy to liberate Europe from the Nazis. By the time the Allies invaded, Germany’s air force and sea forces were so depleted they could scarcely oppose the landing and Germany’s army had to do all the fighting. The American, Japanese and Taiwanese fleets and air forces are in excellent readiness to resist an invasion. Germany only had a few years for its army to prepare to resist an Allied landing in Normandy. Taiwan has had over 70 years to prepare its land defenses to resist an invasion from mainland China. Also, one could see England with the naked eye from the closest part of northern France. There are about 100 miles between mainland China and Taiwan, and any Chinese fleet would be running the gauntlet of 100 dangerous miles while being attacked by bombs, missiles and torpedoes the entire distance. With both satellite and human intelligence available, it is highly unlikely China could launch a surprise invasion. Their forces would have to mass in huge formations to begin an attack and such a vast consolidation of Chinese forces could not be hidden. There is one wild card few have considered. Every analysis assumes Taiwan, Japan and the USA will only play defense in such a war. What if Taiwan, Japan and the USA, seeing a mass consolidation of Chinese forces showing an invasion was imminent, launch a preemptive strike first and begin destroying Chinese warships, warplanes and paratroop planes before China launches the invasion? In various previous posts, I’ve warned that China’s Three Gorges Dam will likely be one of the first casualties of any war between China and Taiwan. Does China really wish to risk having to rescue much of Southeast China if that dam breaches and sends a fresh-water tsunami downstream into major Chinese cities, military bases, farmland, etc.? It is also possible China will start the war in a very unexpected manner; launching massive numbers of cruise missiles that have been hidden inside commercial container ships passing near to Taiwan on commercial maritime routes. At an appointed time, all the missiles could be hoisted above their containers and fired en masse to start the war. That would give China a huge initial advantage. Western military intelligence agencies need to very carefully watch the loading and unloading of all container ships in Chinese ports to see if missiles and military cargoes are ever being hidden inside individual container units on civilian ships.

About 2500 years ago, the prophet Ezekiel wrote down a lengthy prophecy that God gave him about the latter days of our current human age. Found in Ezekiel 38-39 it lists all the nations that will be in a Russian-Chinese-Iranian alliance that will launch a surprise attack against the Western world to start an age-ending World War III. One has to do careful research to match the names of ancient people with modern nations, but it isn’t hard to do. For readers to be convinced that we really do live in the “latter days” (Ezekiel 38:8, 16) when this prophecy will be fulfilled, please read my article, Are We Living in the Biblical Latter Days? to examine abundant evidence that we live in this prophesied time. Ezekiel 38-39 offers many details about how this future World War III will start, be fought, and how it will end. You can see all this information in my article/research paper, What Ezekiel 38-39 Reveals about a Future World War III. Japan is mentioned in this prophecy, and it is fulfilling its prophesied role. I see Japan’s role in latter-day prophecy as a crucial one. In 2007, I wrote an article entitled Japan’s Role in Biblical Prophecy, which I also recommend to readers. When Japan’s pacifist Constitution is rewritten to permit unlimited military spending, you will see Japan become a major modern military power very quickly.