Thoughts on Seeing My First Drone 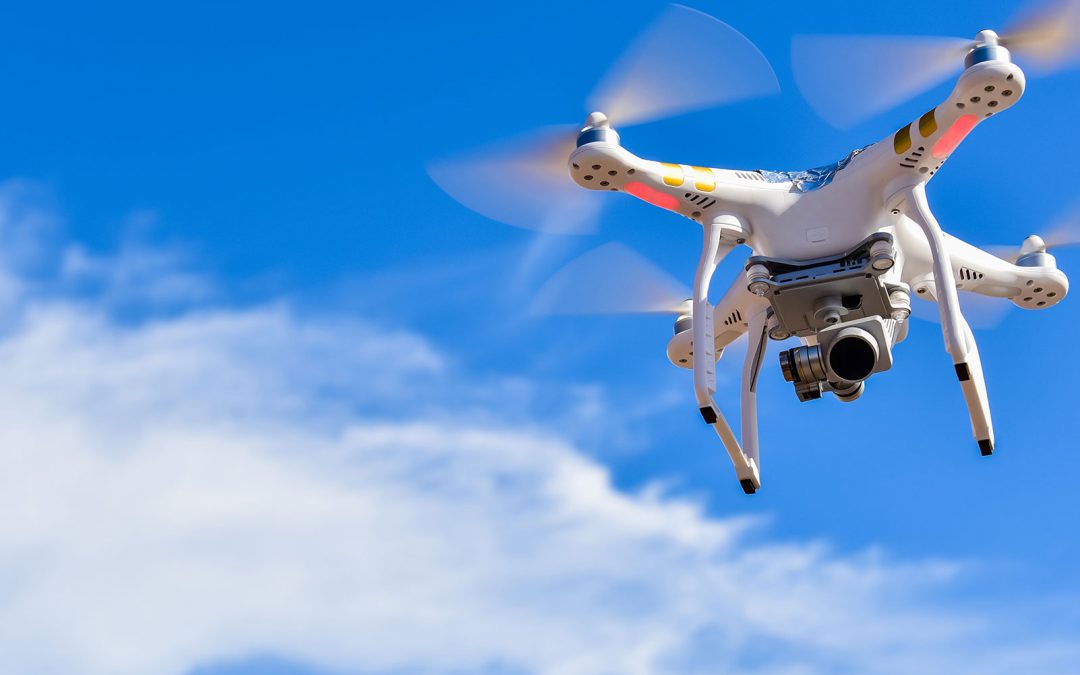 Recently, I walked out the front door of my house and saw my very first drone–which hovered directly over me and followed me on my walk for a short time. Lest any reader think there was any nefarious purpose in the drone’s appearance, there wasn’t, as I’ll explain.

When I began my walk after leaving my house, I heard a metallic whirring sound like a large hive of huge angry hornets all flying at once. I couldn’t see anything, but assumed it had to be a drone. There was a clue that didn’t take a Sherlock Holmes to figure that out. About a half-block away, I saw a neighbor and one of his friends standing on an open meadow and his friend was operating some kind of console board. Obviously, there had to be a drone somewhere nearby. Then I saw it. A quad-rotor drone flew up and over a large tree into view, and hovered right over me. I assumed it had a camera on it so I looked up and waved at it. As I did so, I heard my neighbor and his friend start guffawing loudly, so they clearly saw my wave on their view screen. They soon directed the drone elsewhere, and I went on my walk. However, seeing my first drone in operation left me with some strong fist impressions, which I thought I’d share with readers.

To begin with, this model of commercial drone was very loud. It wouldn’t be able to creep up on anyone. Indeed, if delivery services used these kinds of drones to deliver packages to homes, there would be a hue and cry to stop them from being used, as they would be a constant source of noise pollution when in use.

It occurred to me that drones would have many beneficial uses. These would include looking for lost persons, monitoring the spread of forest or prairie fires, tracking a crime scene, inspecting remote utility wires, providing aerial video tours of real estate for sale to prospective buyers, looking for earthquake or natural disaster survivors and delivering essential supplies to them, etc. Could hunters legally use drones to locate prey? I’m sure readers are aware that in the USA, the Federal Aviation Administration (FAA) issued rules that limited the altitudes and locations where drones can be used, particularly around airports. The public safety need for such rules is obvious as a drone could crash an airplane by being sucked into its engine, much as a bird strike can cause an airliner to crash or abort its flight.

It also occurred to me that there would be many uses for drones that criminals or terrorists could exploit. Stalkers, kidnappers and burglars could use them to follow their prey or learn when a house would be vacant so it could be robbed. It could also wholly transform the concept of a “getaway car” when criminals flee a crime scene with stolen loot. Accomplices located elsewhere could simply lower a drone with a basket into which criminals could place their stolen merchandise and then walk on in confidence that no law enforcement personnel could find any stolen goods on them. Paparazzi could follow VIPs and celebrities in all kinds of ways, some of which would be salacious. Peeping Toms and voyeurs could use them as well. However, drones used for criminal purposes may have little value unless they are far stealthier than the drone I saw and heard.

Terrorists could also use drones for many types of terrorist attacks. Assassins could mount a gun on a drone and kill someone with it. Terrorists could park a group of pick-up trucks near an airport runway and suddenly launch a large “flock” of drones directly into the path of a jumbo jet on either final approach to a landing strip or when it was taking off from an airport. They could crash a passenger jet by disabling its engines when the drones were sucked into them. Terrorists could also fit biological or chemical agents or bombs onto drones and use them to deliver their destructive cargo to specific targets or simply at crowds at random. Terrorists with access to drones and radioactive wastes could cause the effect of a “dirty bomb” attack against a city without needing any bomb at all. They could simply deploy a flock of drones with radioactive material on them and spread them throughout an area via aerial dispenser units.

Spy agencies could find endless uses for drones, but, again, they would have to use stealthy drones to hide their use. Noisy commercial models are easy to hear and locate. It also occurred to me that silent drones in larger sizes could be used to conduct all kinds of “false flag” operations. They could perpetrate a terrorist attack without anyone really knowing who deployed them–unless they left their fingerprints or DNA on the drones if they crashed or were shot down. In carrying out drone attacks on high-value targets (prominent officials, key facilities, public infrastructure nodes) agents provocateur could perpetrate false flag attacks in a way where it would look like someone else did the attack and start a conflict between parties that were not actually involved in the incident. Think of the Syrian civil war. Nation-state intelligence personnel could use stealthy drones to spread chemical weapons agents on a town to cause mass casualties and make it look like an “innocent” enemy carried out the attack. The USA has used large predator drones to kill terrorists or attack them in aerial missions from a distance. Other nations are also surely making similar military drones for similar missions.

I realize now that there are a plethora of good and bad uses for drones. Maybe their buyers all need to be registered and their mechanical structures infused with ID taggants of some kind so the origins of a drone used in a crime or terrorist incident can be identified by law enforcement agencies.

Amazing how many thoughts can be triggered by simply seeing and hearing a drone for the first time.