The Worst (and Growing) Danger in the Mosul, Iraq Region 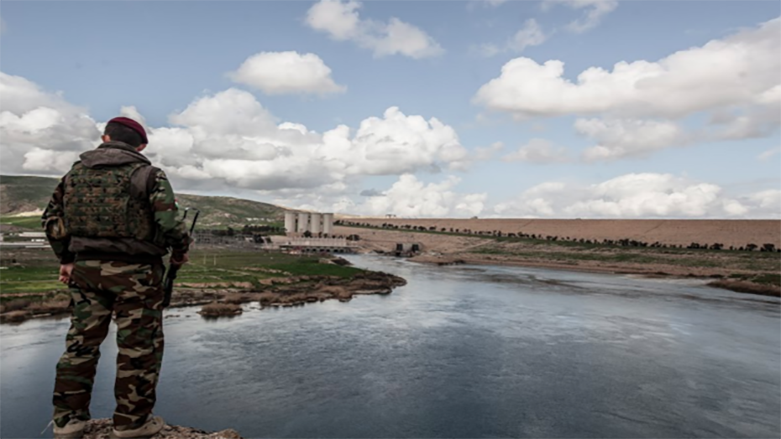 While the world has focused on the slowly unfolding battle of a fractious alliance of groups to retake Mosul from ISIS, there is another danger which is receiving almost no attention at all. This unspoken danger represents a very great danger to northern Iraq and to all the inhabitants of Mosul and the combatants fighting for control of that city.

There is a dam north of Mosul on the Tigris River that is in imminent danger of collapse, and it is holding back an immense body of water in its reservoir. The first link, from the Kurdish media earlier this year, reported that the Iraqi government was so worried about a dam collapse that it dropped leaflets on the city of Mosul to inform inhabitants there how to survive such a collapse. It has also hired an Italian engineering firm to try and shore up the dam to extend its life. While the link explains that a collapse due to natural circumstances in greatest in the spring, there is also a very real danger of a terrorist attack on the dam which could breach it at any time. The threat of a natural collapse caused the Iraqi government to hire an Italian engineering firm to implement emergency measures to shore up the dam and extend its life. The link also reported that Kurdish Peshmerga forces were guarding the dam, and that Italy has sent a contingent of 150 Italian soldiers as well as military helicopters to guard those trying to repair the dam.

The situation may actually be getting more dangerous. The second link, a more recent one, reports that the contingent of soldiers guarding the workers at the dam (and the dam itself) has grown to 500 members and that all the repair efforts may only be delaying an inevitable collapse of the ill-sited dam. A Norwegian scientific team evaluated the Mosul dam, and they were reportedly pessimistic about the dam’s survival. When/if it does collapse, the link states that a freshwater tsunami approximately 75 feet high will sweep through the city of Mosul and that the wave could still be 6-25 feet high as it passed through Baghdad. If this happens, it would be a disaster of biblical proportions for modern Iraq (the ancient region of Mesopotamia). Can you imagine what this would do to the refugee crisis in the Mideast if entire cities were destroyed or depopulated by a collapse of the Mosul dam? Iraq’s entire civic infrastructure in northern Iraq would surely collapse in the event of such an event.

There may be two more threats to the Mosul dam besides improper siting and construction of the dam itself. If an earthquake hits the region anywhere near the dam, the shaking of the ground could destabilize the dam and cause its collapse. Also, we know that ISIS is quite willing to cause an event which takes many lives. If ISIS feels that its grip on the city of Mosul is loosening or could be lost, it would be highly motivated to launch a terrorist attack on the dam that would drown the citizens of Mosul as well as the Iraqi and Kurdish fighters who are trying to take the city from Mosul. A collapse of the dam could kill far more Iraqi and Kurdish fighters than ISIS ever could. Iranian and American forces present in that region would also be at high risk of being killed if the dam breaks. The fact that 500 soldiers are stationed at the dam site offers evidence that the dam’s defenders are well aware of the threat of a terrorist act against the dam by ISIS. I hope they have very tight security measures in place and that they have significant anti-aircraft batteries at the dam to defend it against airplanes flown by terrorists with bombs aboard trying to fly into the dam and breach it. Of course, if a strong enough earthquake hits near the dam, no security measures will be enough to save the dam and prevent a catastrophic tsunami heading southward along the Tigris River to Mosul and to the cities south of Mosul along the river.

As the varying military alliances (Iran and its Shiite allies, the Russians, the Kurds, the Turks, the Americans, etc.) fight not only to defeat ISIS but to position their own forces in as favorable position as possible for the post-ISIS world in northern Iraq, all should be reminded that a force could be unleashed which will dwarf all the weaponry that will be fired around the city of Mosul. A collapse of the Mosul dam would kill vast numbers of both civilians and military personnel in a passing deluge of biblical proportions. Indeed, some of the combatants in that battle may realize the possibility that their armies could be destroyed in such a flood if a collapse finds them in the region of Mosul at the time the dam collapses. Those groups with the most troops in the Mosul region at the time of a dam collapse would be greatly weakened in their ability to shape the post-ISIS world in northern Iraq if this dam breaks. There are some nations or entities which would gain the most from such an event and some that would lose the most from such an event. The unwillingness to commit large numbers of soldiers to a battle taking place in Mosul just downstream from a huge and unstable dam may explain why the fighting in Mosul is taking so long to come to a conclusion.

If you hear that this dam north of Mosul has collapsed, be prepared for many effects far beyond the loss of life and destruction that will occur in northern Iraq. The refugee wave that would pour into Kurdistan and into Turkey would be immense, and Turkey would likely want to either protect its borders from an invasion of new refugees or send them quickly toward a Europe that doesn’t want any more refugees either. We need to remind ourselves that while the nations plot and fight to control the post-ISIS northern Iraq, God has his finger on the trigger of when to time an earthquake that could topple that dam and affect all the politics in the Mideast, Europe and beyond.